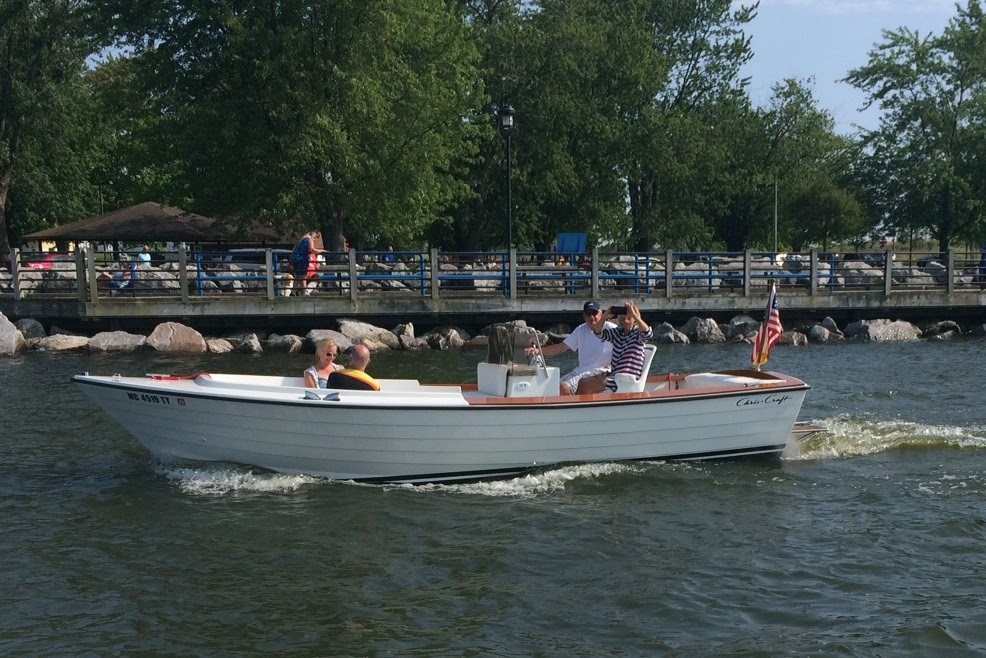 This Week’s Tuesday Tour of Classic Boats begins with Sassy, a 1978 Chris Craft Tournament Fisherman owned by Ron and Mary Konyndyk. It was photographed by Ewelina Konyndyk in the channel between Lake Michigan and Muskegon Lake. Its home port is Muskegon. 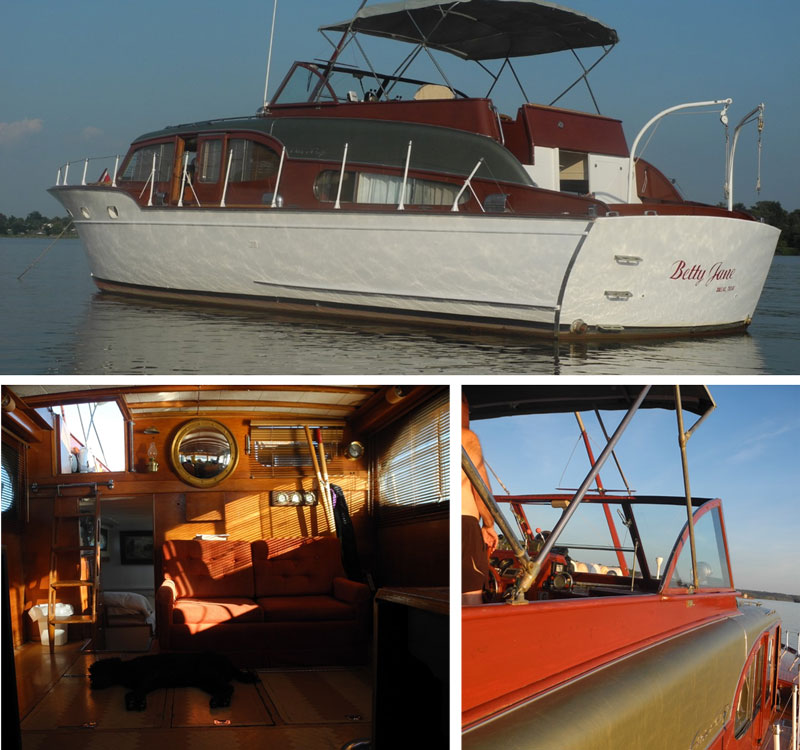 Betty Jane is a 1955 Chris Craft Corsair. 45 feet. Twin 350’s replacing original Hercules diesels. Dale Harris & Alexander Watson from Cincinnati, OH are the owners. Betty Jane was found sinking in her slip at Lake Texoma, Texas in 2001. Restored over 2003-4, they cruised to Ohio via the Arkansas, Tennessee, Cumberland and Ohio rivers in 2009. Alexander Watson wrote a book about their journey. River Queens: Saucy Boat, Stout Mates, Spotted Dog, America, is a travel narrative about their adventure across the American Heartland from Texas to Ohio. 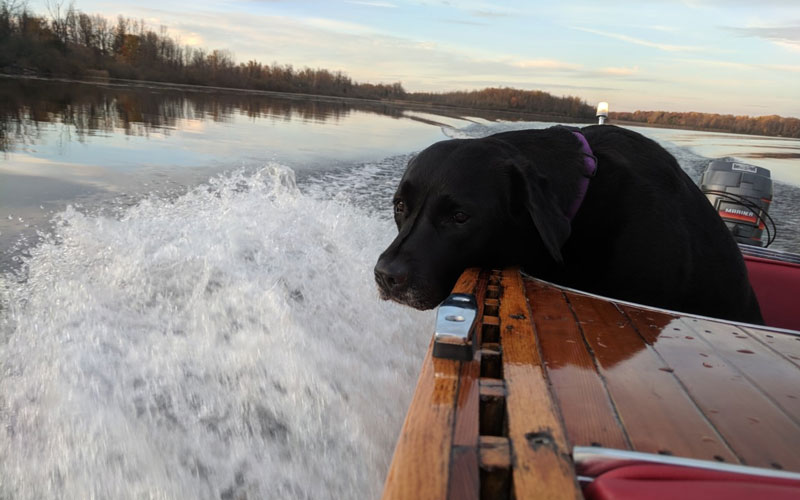 “Sniffing the Wind” is the name of this picture shared by Glenn Murray.  The photo was taken during a fall outing on the Rideau River in Ottawa, Ontario, Canada. It’s not just humans that have a strong relationship with our woody boats.  The boat is a 1972 Gielser Georgian Bay named Tonic. The dog is a Labradador Retriever named “Juno”.  Glenn and Wendy Murray are members of the Manotick Chapter. 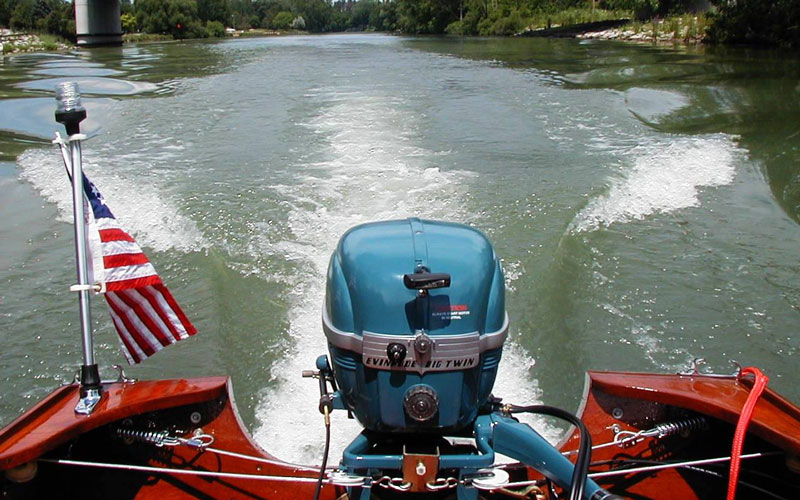 In response to the posting of Dennis Mykols’ wake photos, James Seufert sent us this beautiful shot taken over the transom of his 1952 15-foot Lyman named Florence & Mary II.  Florence & Mary II is powered with an Evinrude Big Twin with 25 hp. 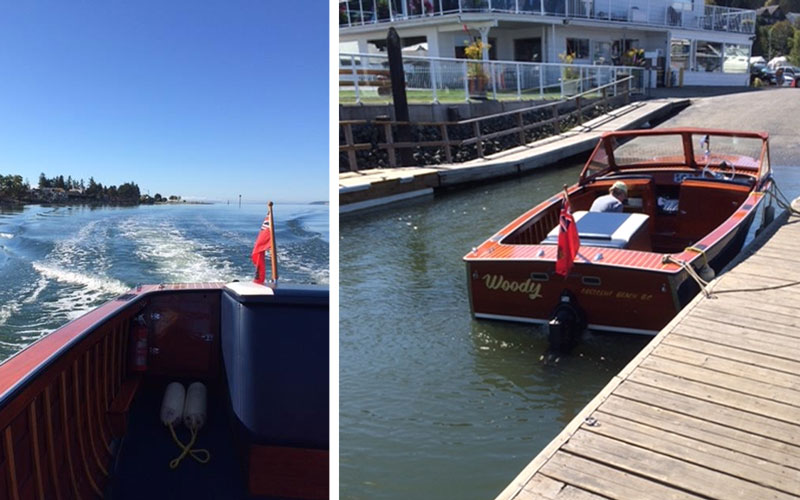 The picture on the left came in response to the Wake pictures, also. Leagh and Lynn Gurllays, Okanagan Chapter, shared the Wake picture of their 20.5-foot Woody at Crescent Beach, BC last summer and the wake view is still great even at an idle.  The picture of Woody is from the membership file with this quote from Leagh: 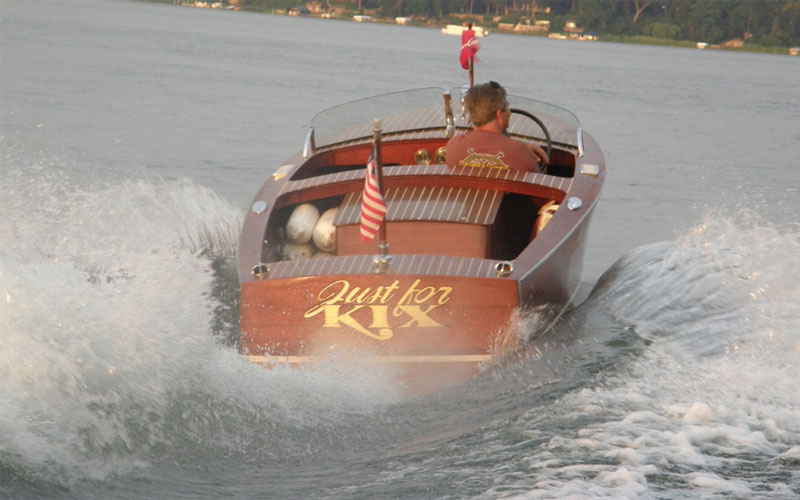 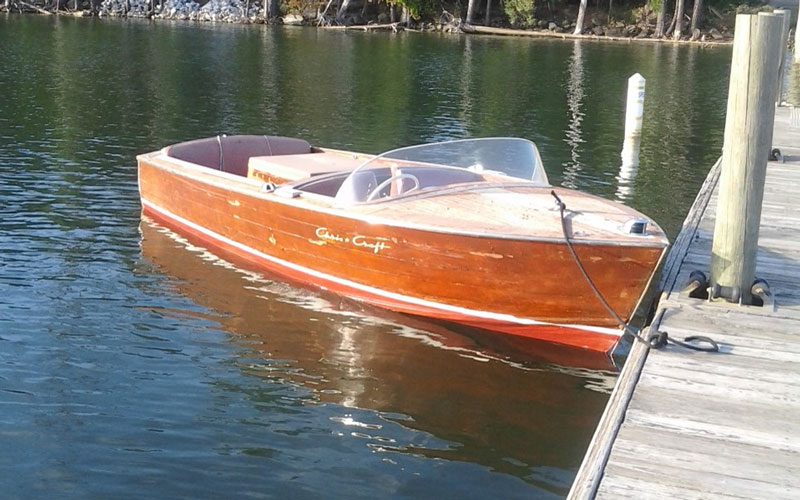 Foster Busby and Deborah Cook, members of the Blue Ridge Chapter, share this picture of Baby Crib. Foster says, “This is our 1958 17′ Sportsman, purchased as is in 2012–got it running (K motor), let it soak, and took it to ride on beautiful Lake Murray SC.  Since we bought it, we’ve been blessed w/3 grands, hence the name!  Baby Crib is still running and floating, havin’ so much fun with it, restoration has been postponed probably till I retire!!  (3 other Chris Craft’s in the back yard!!)” 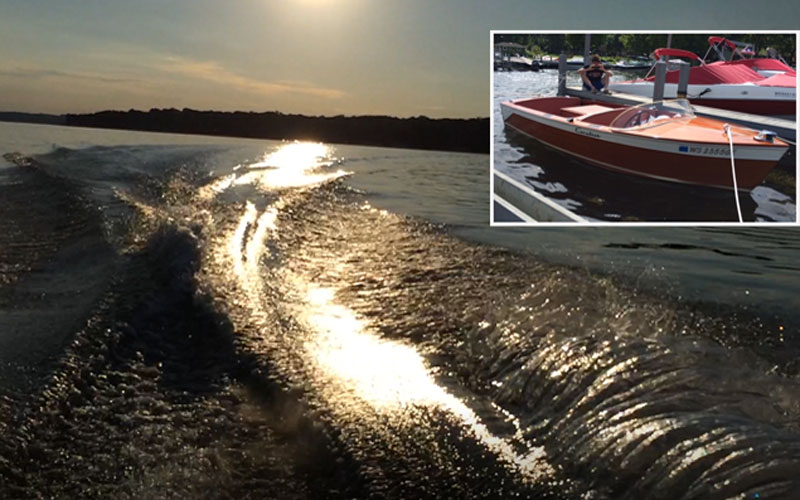