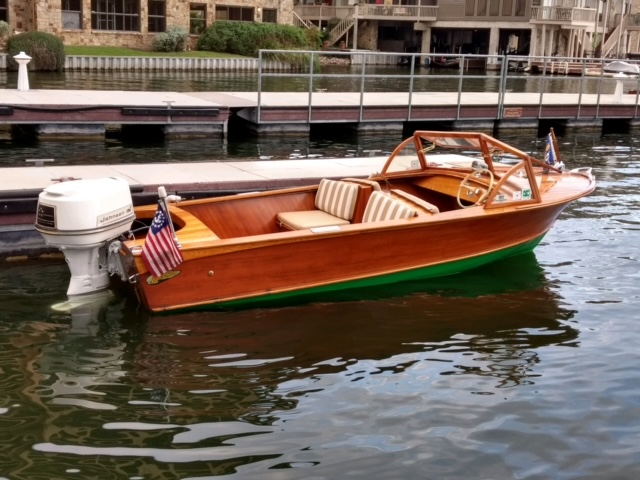 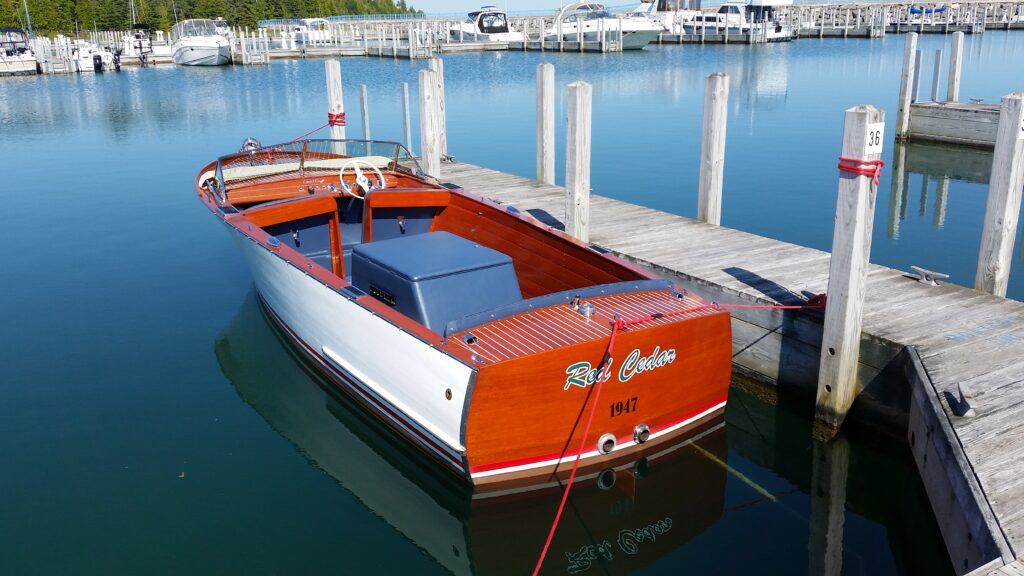 This 1947 Chris-Craft Sportsman 22-foot with a GM 289 engine name Red Cedar is owned by Dennis and Barb Hansen (Water Wonderland Chapter). Her home port is Elk Lake, MI. If anyone has any history on this boat, the owners would appreciate hearing from you. 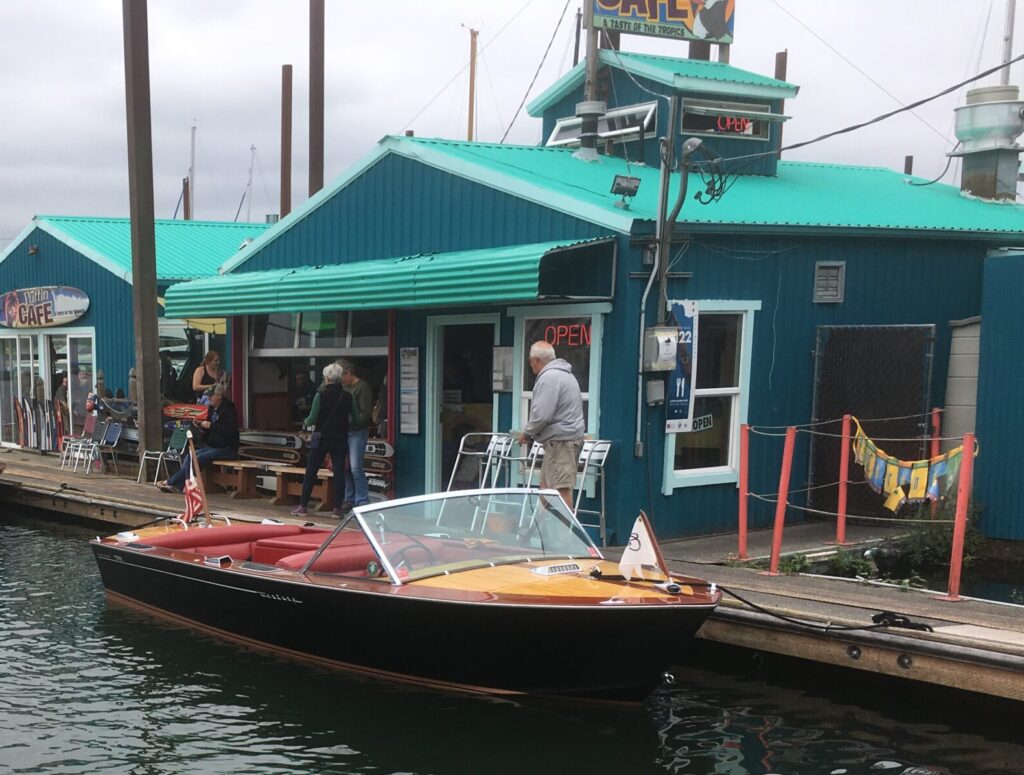 This 1966 Century Fibersport 17-foot named Classic Plastic is owned by Jim and Sharon West (Columbia Williamette Chapter). When I restored the boat I decided I wanted to create the model Century did not offer. So she was given a black hull with a copper colored bottom, Avodire blond decks that Century did in the 50’s, new interior along with rechroming the hardware. The original Graymarine 327 was taken out and replaced with a 390 Interceptor. We enjoy using our Century and yes she is still pulling skiers and tubes on the water. 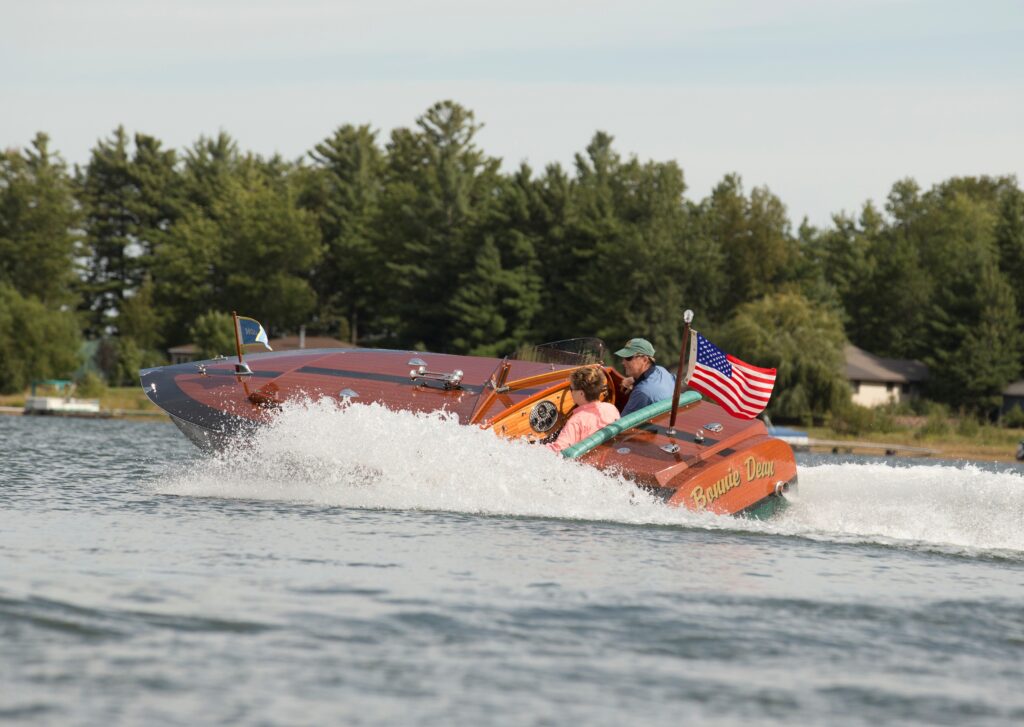 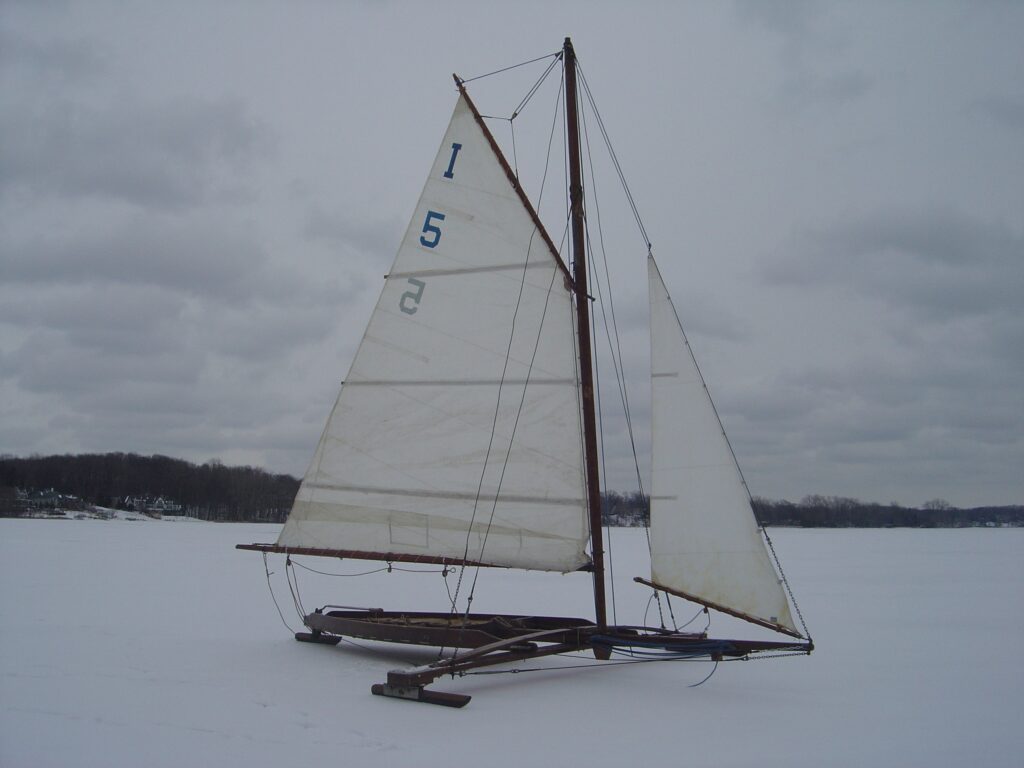 This 1914 24-foot ice yacht is owned by Louis and Nora Cares (Toronto Chapter). The builder is unknown. The ice yacht was purchased years ago from Lake Geneva, WI, and her home port is Grand Rapids, MI

Send a picture of your boat for the next Tuesday Tour of Classic Boats.