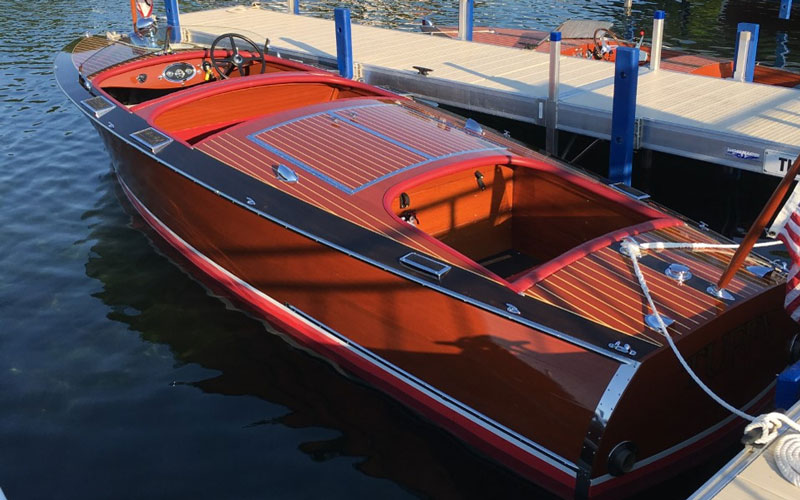 A 1932 Chris Craft 21 ft  305 Runabout leads this week’s Tuesday Tour of Vintage Boats.  Tuffy is at home in Skaneateles, New York, where this photo was taken in July of 2017. Tuffy is owned by Ed and Brenda Evans.  Ed tells us that “Tuffy is a “he” ( named for my father in law….his nickname) who loved boating /fishing on Cayuga Lake but died before he could be out on this one, so we named it for him. Someday I will rename for his daughter/my wife….Brenda Ann :-).” 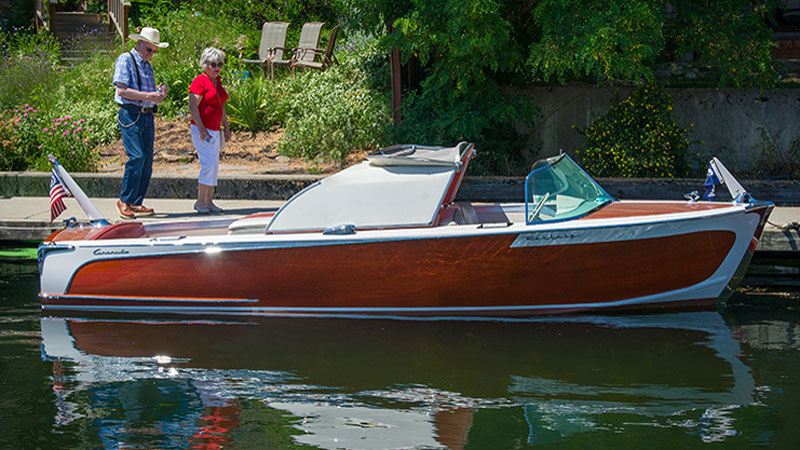 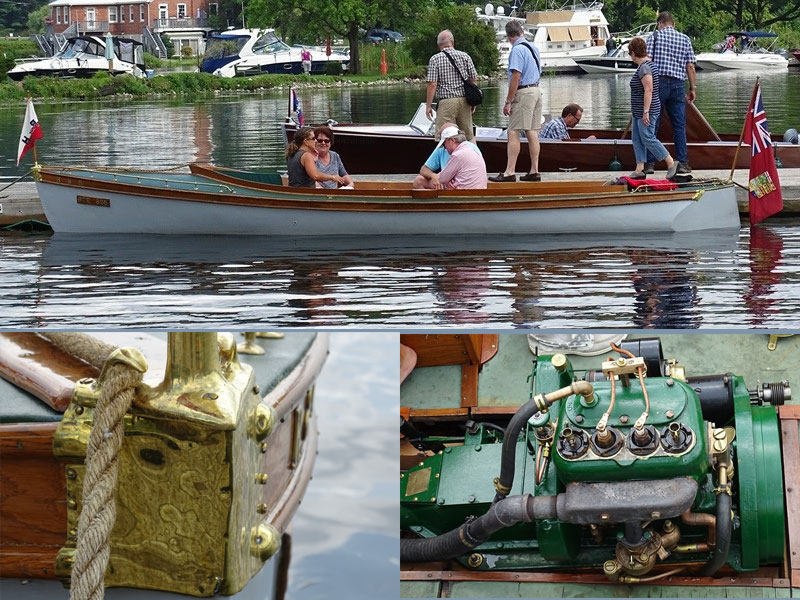 Graeme Hoatson Beattie took these pictures of the 1911 24′ W.H. Mullins model Leader Launch powered by a 2cyl 10hp Kermath engine. The boat is owned by Kenneth MacStephens.  Kenneth is wearing the pink shirt and white hat.  Photos were taken by Graeme, secretary of the Manotic Chapter of ACBS, at the Manotick Classic Boat Club’s summer boat show in Westport, Ontario on August 12th, 2017. 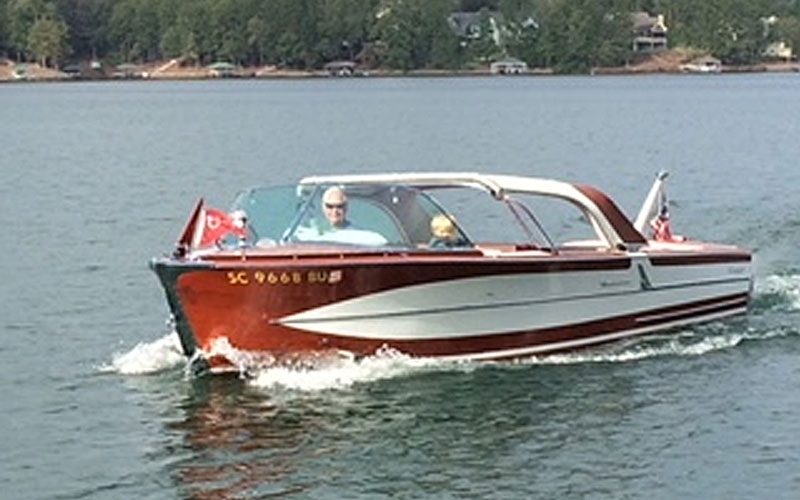 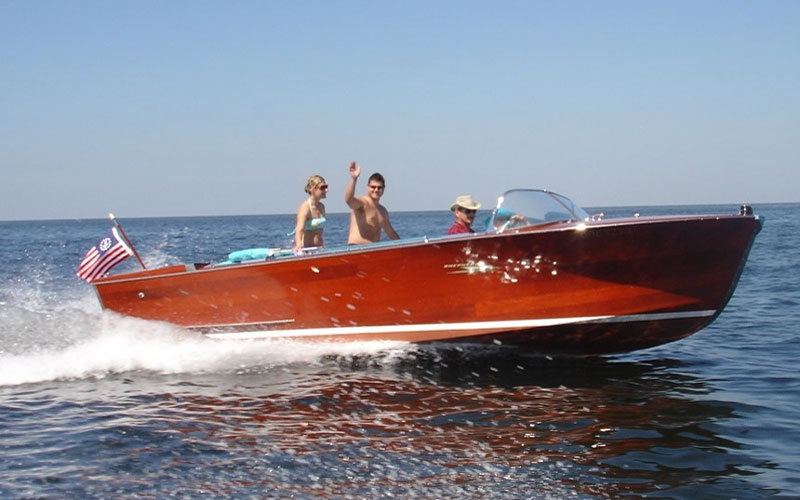 Almost Eight is a 1962 22′ Shepherd. Bill and Kathleen Root along with son Griffin and daughter Jocelyn are pictured here on the Sunnyland annual Homassas River cruise.  You can read more about Almost Eight by clicking here. 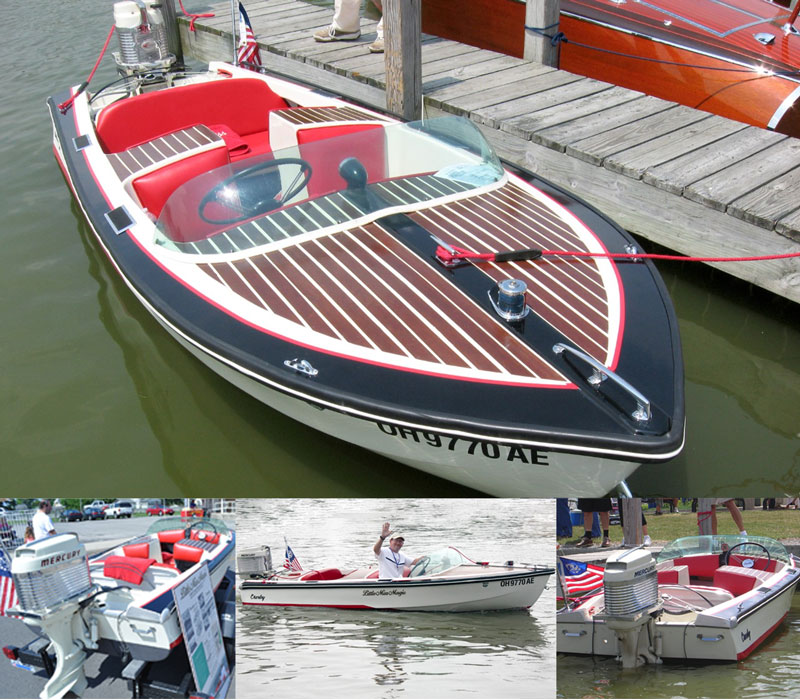