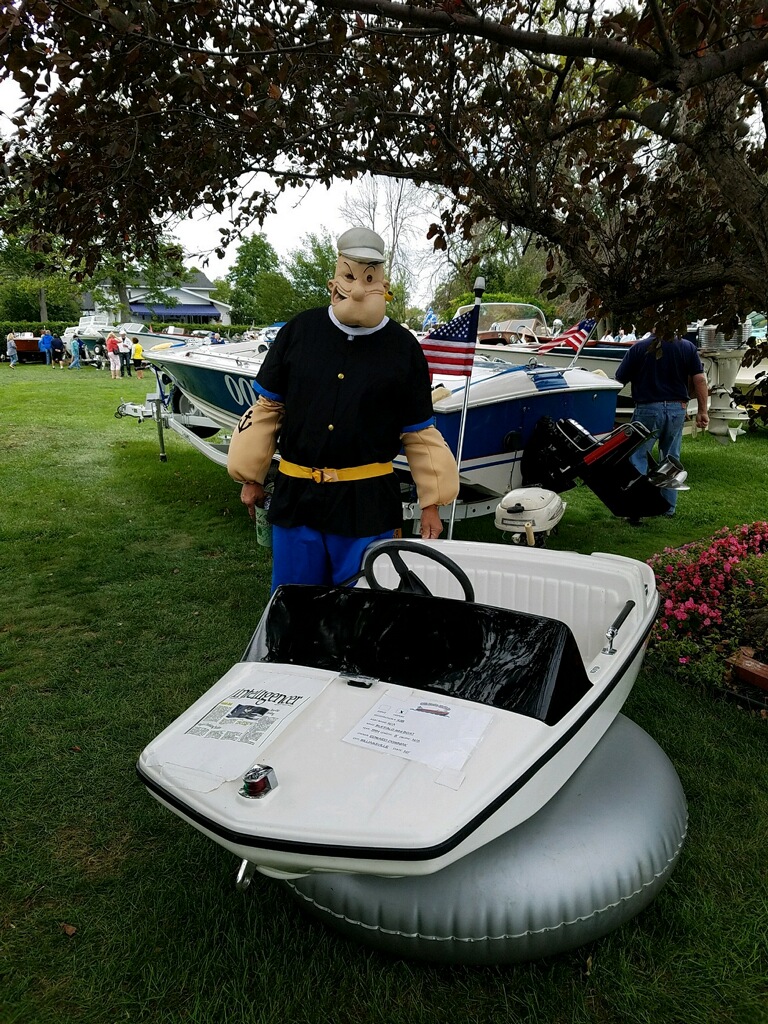 Above is a Circa 1995 “Buffalo Mini Boat” actually manufactured in Buffalo, New York. It was advertised in Motor Boat Magazine with two adult women and was said to easily navigate the “Ice Bergs” in Buffalo. Owned by Ed Dominiak of the Niagara Chapter, he finally has it registered and will look forward to having “Popeye” enter the basin at this year’s boat show in September at the Buffalo Launch Club, Grand Island NY. She is powered by a 2hp Evinrude and is said to do 100 feet an hr!!!

This is Dan Mulheran’s 2007 Hinckley T29R, Knot Dreamin’. The photo was taken on the Gulf of Mexico.  Dan and Carol Mulheran are members of the Bob Speltz Land O Lakes Chapter.

Dan also sent these pictures after seeing the “In the Wake of Winter” pictures by Dennis Mykols: 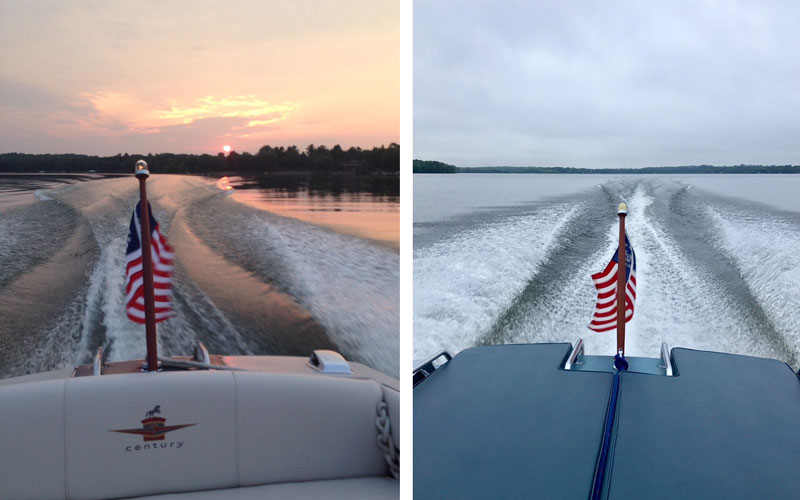 Here is a wake picture behind my 1967 20′ Chris Craft Super Sport on Lake Allatoona, GA. The picture is being shared by John Steinmetz of the Blue Ridge Chapter.

Pete Oquist, Water Wonderland Chapter, sent this picture which captures the nice wake generated by his 1955 Century Resorter while riding on their home port of Hamlin Lake, just north of Ludington, Michigan.  His wife Christy captured this fun moment in the summer of 2017 with daughter Erika and her two friends Katie and Nick riding in the back of “FABS.”  Pete and his wife learned to water ski behind “FABS” in the early 70s. The boat had spent nearly a dozen years in storage when a lifelong friend John sold me this one-family boat. It took several years to restore “FABS” including a new 5200 bottom, a complete rewiring, some engine work (six cylinder Gray Marine), and of course, a lot of sanding and varnishing. I could not have completed the restoration without the help of my son Philip and friend John. Looking forward to starting work on my 1959 17-foot Chris Craft Ski Boat.