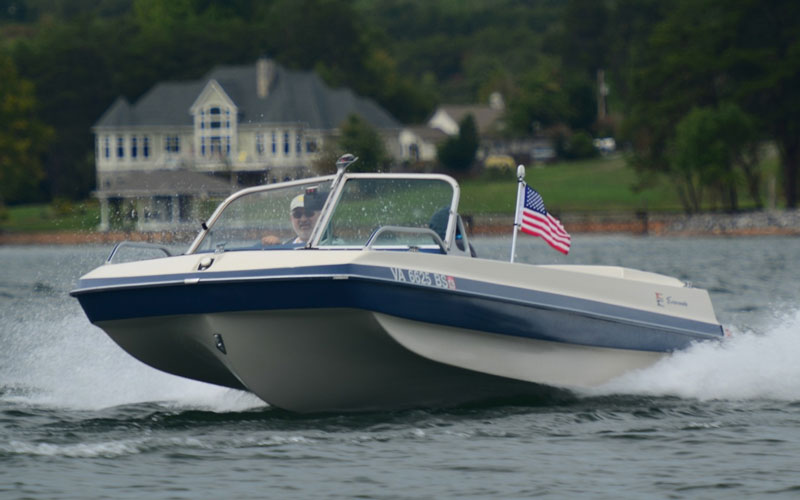 The first one with the name Lot of Fun Too is a 1968 Evinrude 16′ Sportsman with a 1968 Buick HU-16C engine.  Lot of Fun Too is owned by Chuck and Nadine Breen. Chuck says, “Boat purchased in 1968 by Richard Willis of Hackensack, MN. Sold to Curt Broek of Iowa and Moored at Ten Mile Lake in Hackensack, MN. I purchased this boat on September 03, 2009 and brought it back to Lynchburg, VA on the original trailer without any problems. The boat was all original and had some elbow grease work to be done to it. We use the boat at Smith Mountain Lake in Central Virginia. This is a sister boat to one my wife and I grew up with as teenagers.” 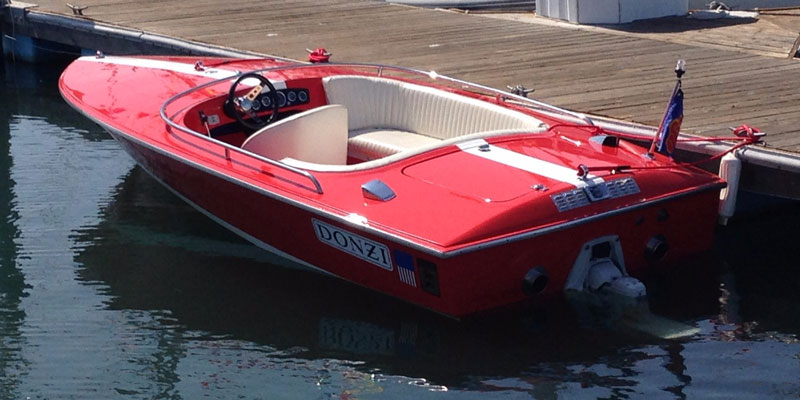 Chris & Nancy DeNardi have fun with their 1968 Donzi Sweet 16 which has a Ford engine with 300 hp.  They are members of Southern California Chapter. 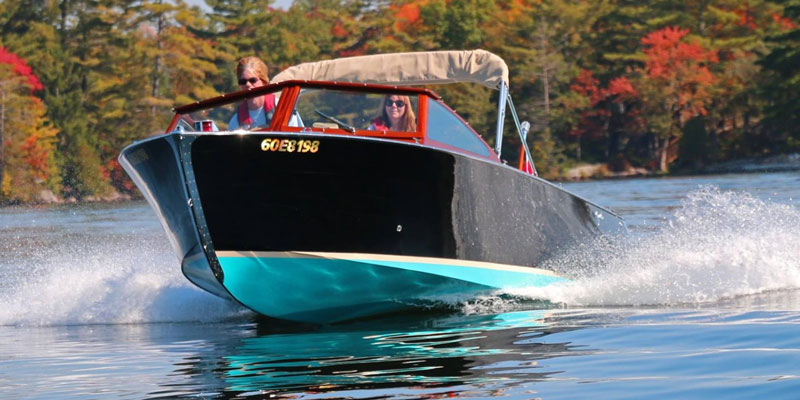 This 1968 Greavette 22 ft. Executive is named Aqua Velvet.  She is powered by a Chevrolet 327.  Aqua Velvet is owned by Richard and Linda Hughes.

Carl & Teresa Junghans, members of Southern New England own this 20 ft home built Square Stern Canoe. “This canoe is the quintessential fishing vessel of The West Grand Lake area of “Down East” Maine. This style of canoe was utilized at the turn of the century to guide “sports” to the honey holes of the Grand Lakes area. During the hayday of logging operations when steam powered boats were used to haul log booms from sluiceway to sluiceway the Maine Guides used to “hitch a ride” uplake several miles then paddle their sports slowly back to the town landing at the end of the day. The favorite quarry of the fishermen was Togue (Lake Trout), Landlocked Atlantic Salmon, Brook Trout, White Perch and Smallmouth Bass.” 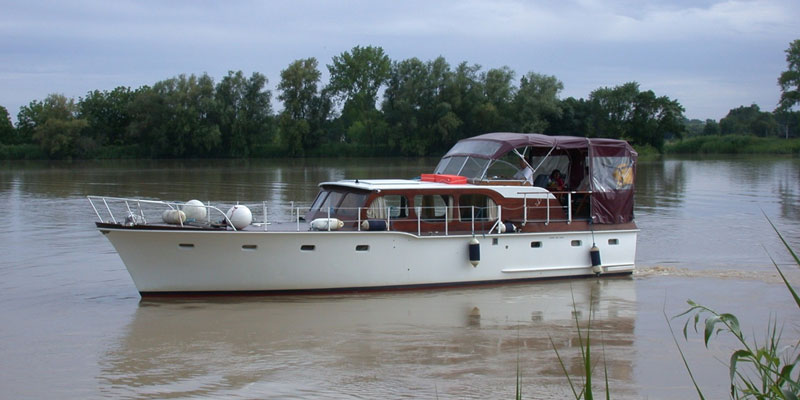 On a European river you might see this 1968 Klassen SuperVanCraft owned by Thierry Lievre-Cormier, member of the France Chapter.  She is named Les Vendredis.  The boat was built in the Netherlands at the shipyard KLASSEN. She is equipped with 2 DAF diesel 6 cyl D 5.75.  Les Vendredis is 46 feet long. 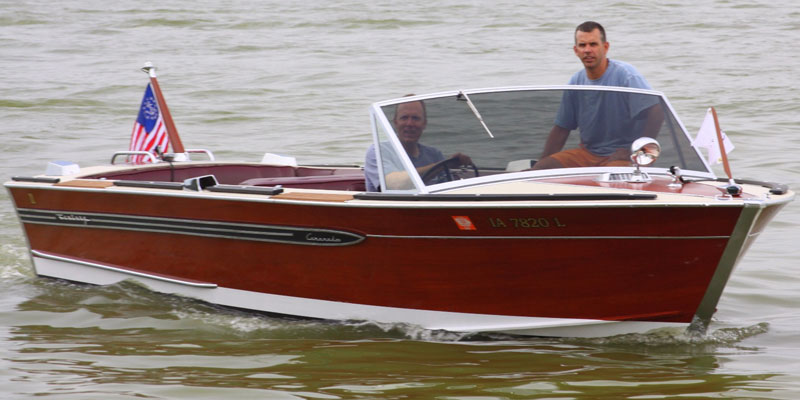 Irreverent is a Classic 1968 Century 21 ft Coronado with a 1968 Chrysler 440 engine.  Scott Schell tells her story, “This boat was bought new by Bob Erickson from Touristville Boats in Clear Lake, Iowa.  The Erickson’s are neighbors of mine and I loved that boat.  Bob died in 1982 and his wife sold the boat to Hansen Marine at the end of that summer.  I’m not sure how many owners the boat had after that but eventually, Dan Ollenburg purchased the boat and began a complete restoration.  In 2004 I began to inquire as to the whereabouts of the boat and was introduced to Dan.  I purchased the boat from Dan in 2005 with most of the frame rebuild complete.  Four years later, in 2009, I completed the restoration.”  Scott is a member of the Bob Speltz Chapter.