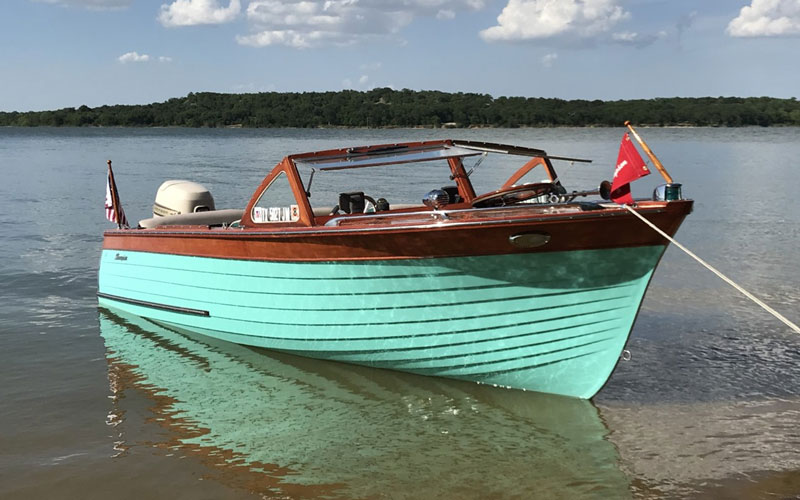 Daniel Stober says, “My Thompson was restored and used by my best friend the late Andy Butchard for over 20 years. She is 19-feet and powered by a 90 hp Honda that has been re-badged as an old Johnson. Custom touches have made her the most wonderful user boat. Member of ACBS and Eagle Mountain Classic Boat Club.”

George Carter of the Sunnyland Chapter sent in this picture of his 1988 Donzi 22C Testa Rossa.  He says, “This boat is the result of a 9 year restoration finished in ’16 which included extensive hull and deck reinforcement, a complete re-gel of the hull and deck, a new 509 cu. in. GM type engine, and twin cylinder external hydraulic steering. Donzi only built between 6 and 10 of these boats as a one year model.” 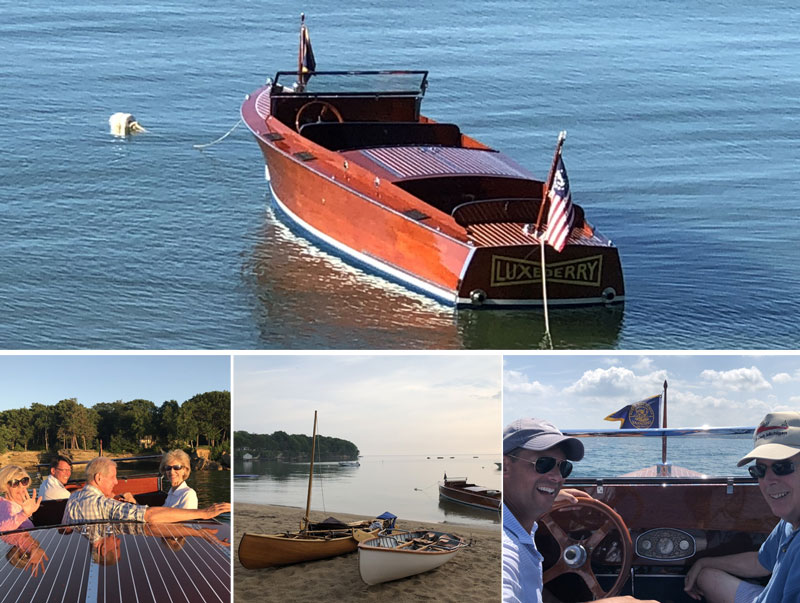 Brace and Kristen Krag, Lake Champlain Chapter, spent “a blessed week on the restorative waters of Lake Huron” with family. Pictured are a 1929 22-foot Chris Craft Cadet “Luxeberry”, a 1895 Charles Estes St. Lawrence Skiff  “Major Powell”, a 1929 Cedar strip rowboat “Emma Dean” and a contemporary sailing canoe “fish fly”. Luxeberry is 22-feet long and is in the Antique Age Classification along with Emma Dean. Major Powell is Historic and fish fly is a Contemporary. This collection is a Tour all by itself! 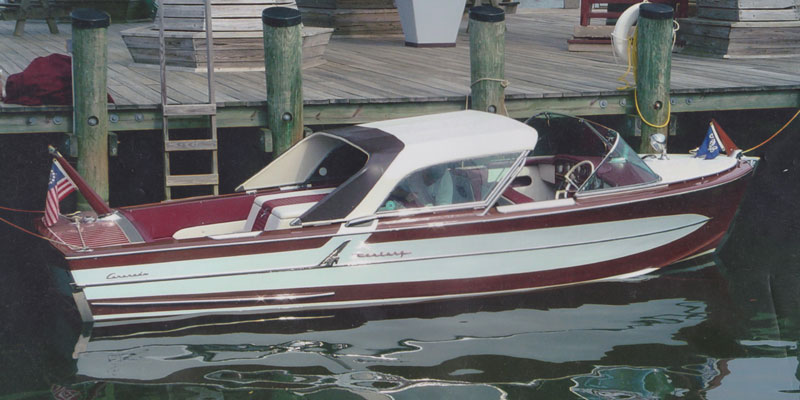 Tom Donley, Cheasepeake Bay and Sunnyland Chapters, sent a picture of Retrospect.  He says, “My boat is a 1958 Century Coronado, hull number M58276, the last Coronado made in 1958. This is the fourth Century Coronado our family has owned. My father had a ’57  and a ’58. I owned a ’57, but got rid of it, I did keep the ’58 though. The motor is the Graymarine 238hp upgraded from 225hp. The boat is all original and recently won the best Century Award at the St. Michael’s Show. 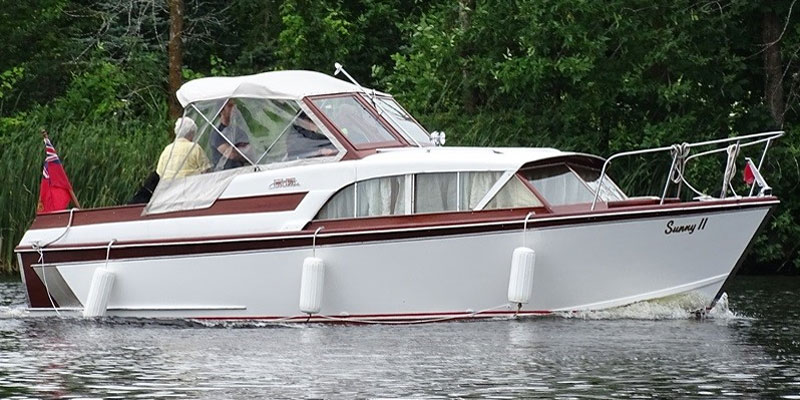 Sunny II is 1960 25-foot Chris Craft Cavalier Custom Cruiser. She is powered by a 187HP Chevrolet V8 engine. The picture was taken at the Manotick Classic Boat Club’s annual picnic at the Long Island Locks on our wonderful Rideau Canal on July 23rd, 2017. Sunny II is owned by long time members John and Susan Richardson. Photos by Graeme Hoatson Beattie, Secretary and Facebook Administrator for the Manotick Classic Boat Club.