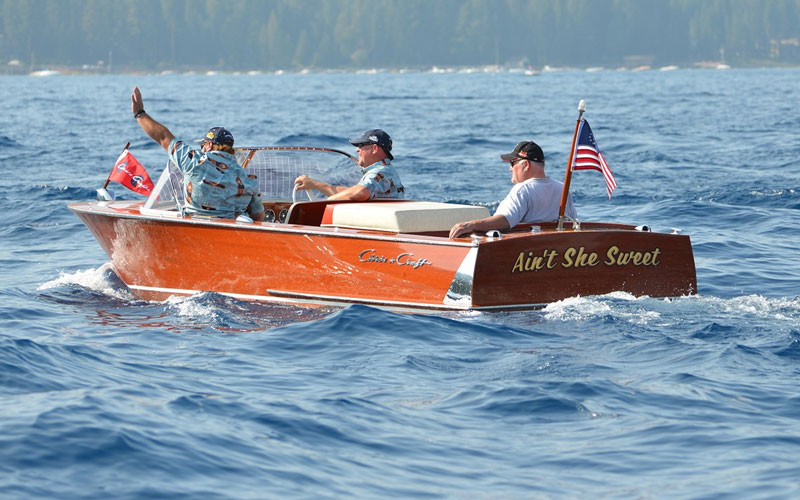 Ain’t She Sweet is a 1960 Chris Craft 17′ Sportsman who is at home on Lake Tahoe, CA.  She is owned by Erin John and Jacquie Barker.  Ain’t She Sweet  is powered with a General Motors 283.

Dick and Kristen Winn own and play with this 1959 Glaspar G-3.  Aptly named, G Whiz is just 14 feet long. G Whiz is powered with a 6 cylinder Mercury 1000 outboard engine.  Winns are members of Columbia Willamette and Inland Empire Chapters.

Not all vintage boats come in pristine condition.  Mike Stevens, Columbia Willamette Chapter, says, “This project will have a variety of learning opportunities.  First, this is the first Monson boat to be listed in the entire club inventory.  While looking at the boat on Ebay in April 2015, I did what research I could, and discovered very little information about Monson.  It’s a cedar plank boat on ribs with mahogany top accents.   The engine was identified by the Moyer Marine company as built on May 4th,  1977.   Who knew?The manifold had a reducer installed where the carburetor bolts on and these were for the Canadian market.    That’s about all I know at this time. Stay tuned!”  Mike or Linda, can you tell us the next chapter in the Sonny story? 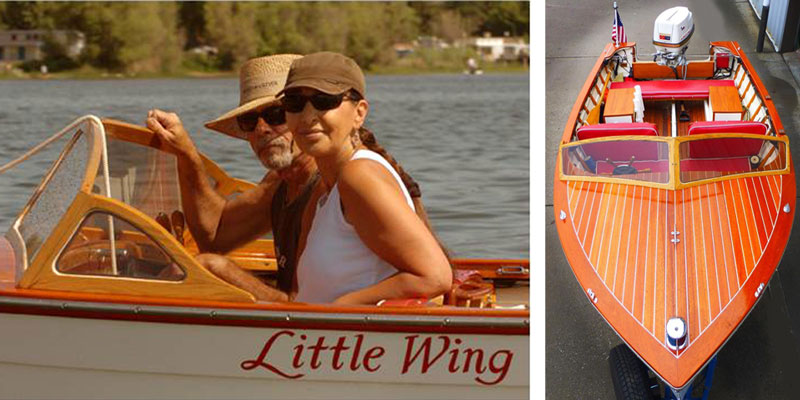 Curtis and Jocelyne Bauman tell the story of Little Wing, a 1961 14 ft Penn Yan: “I purchased this boat from Dick Clarke at Sierra Boat Co. where I worked from 1981 – 1990. DC knew I was looking for a wood boat but with limited funds. A police officer from Reno, NV. passed by SBCo. in ’85 on his way to re-assignment in So. Cal. The man sold the boat to DC, who in turn offered it to me. I worked off payment on the boat, ($500. for boat, motor, and trailer), at SBCo. DC allowed me to put her in the restoration shop where I worked on her nights and weekends, changing her from what she was, to what I wanted her to be, with the help of my good friend Tony Brown. I have owned, used, and kept up Little Wing, (after the Jimi Hendricks song), since ’85. My wife, Jocelyne and I enjoy her as often as possible on what we call “our lake”, (Scotts Flat Lake), which we view from our house in Cascade Shores in the Nevada City area, daily. Little Wing runs like a top on her original engine and I am pleased with her appearance.” 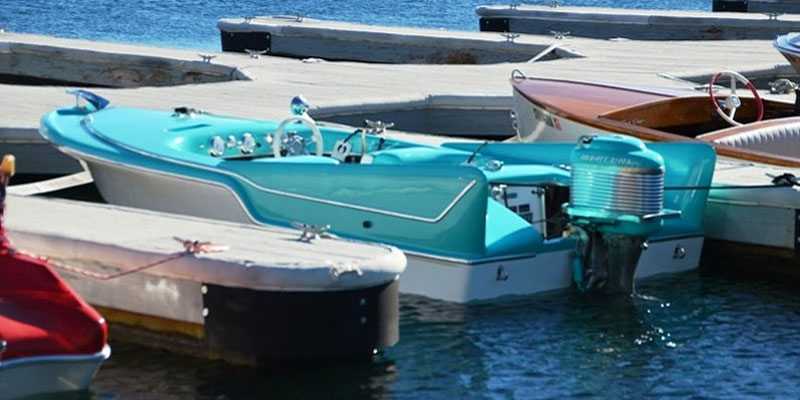