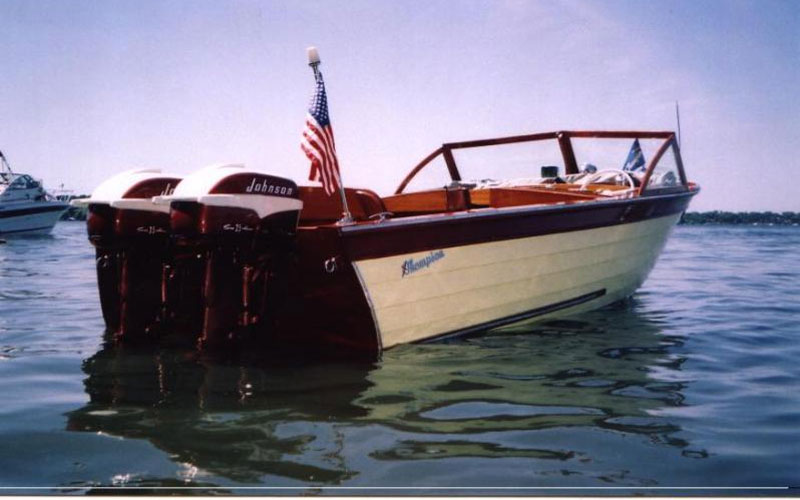 Andreas Jordahl Rhude owns many Thompson boats.  Valhalla is one of them (pictured above).  She is a 1957 Thompson 17-foot Sea Lancer with 1957 Johnson RDEL-19 outboards. Andreas Rhude is a member of the Bob Speltz Land-o-Lakes and Glacier Lakes Chapters. 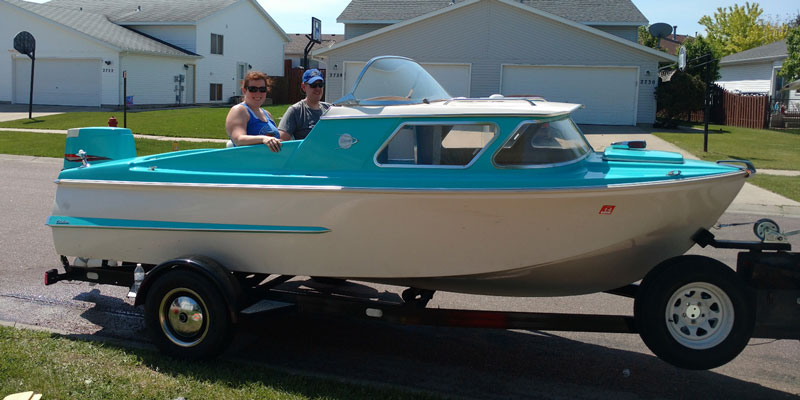 Here is a Classic 1962 Dorsett 17-foot Catalina with a 1989 Yamaha 90 hp engine.  Her name is Good Like This and she is owned by Andy and Anna Luikens who are members of the Bob Speltz Land-O-Lakes Chapter. 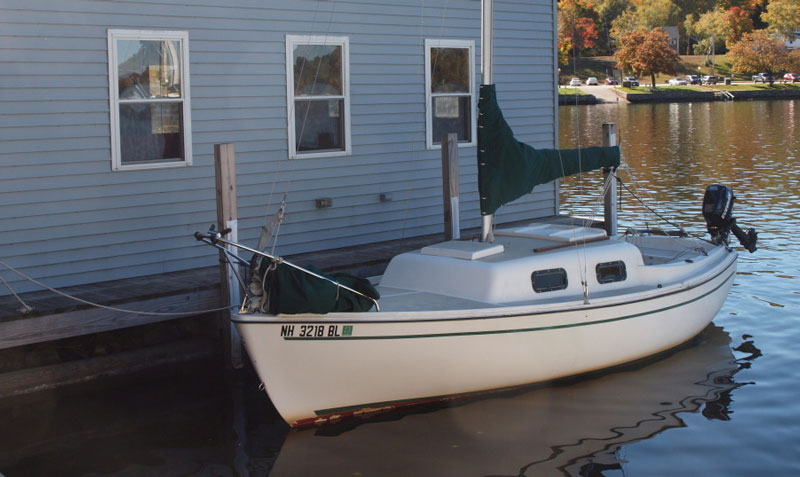 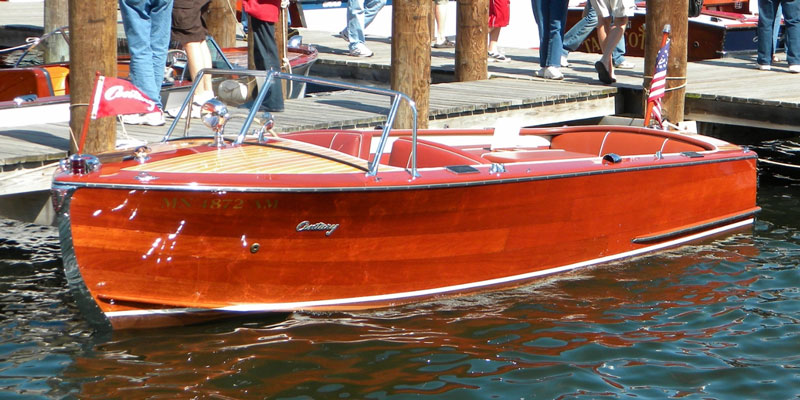 Mark and Jackie Nelson own this 1951 Century Resorter named Oh Buoy! The boat has spent it’s whole life in northern Minnesota. It was originally delivered to Gull Lake where it was owned by 3 families. It was purchased by the Hawkinson family in 2004 and then re-named Oh Buoy! and kept on Man Lake. It was then given to the Nelson family in 2014 by the Hawkinson family at the early passing of Scott Hawkinson.  It now resides on Island Lake in Park Rapids. We are the 5th owners. 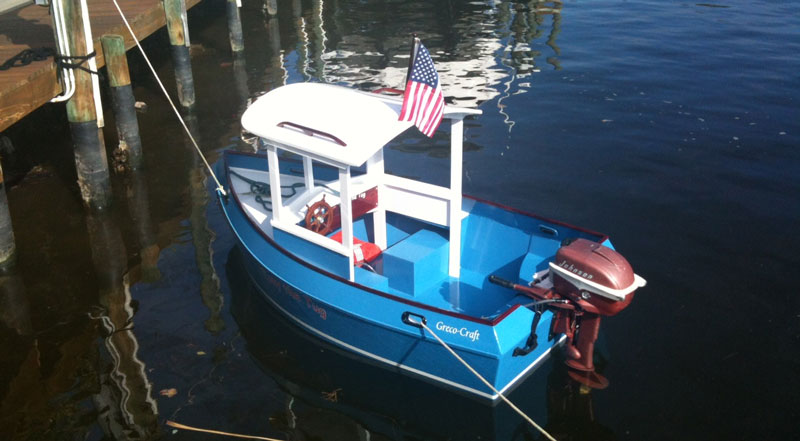 Tony the Tug was built by a three-generation family in 2011. Because Tony the Tug is a wooden boat built during the most recent 25 years, it is in the Contemporary  age classification. This 9-foot boat is powered with a 1956 Johnson 6 hp outboard. Robert Greco, a Sunyland Chapter member says,

This is a mini tug built by my dad Tony Greco and myself for my grandson Dominic Chapman, age 2.  This is the second boat we’ve built together, the first was a 14-foot Glen-L ZIP in 2009. 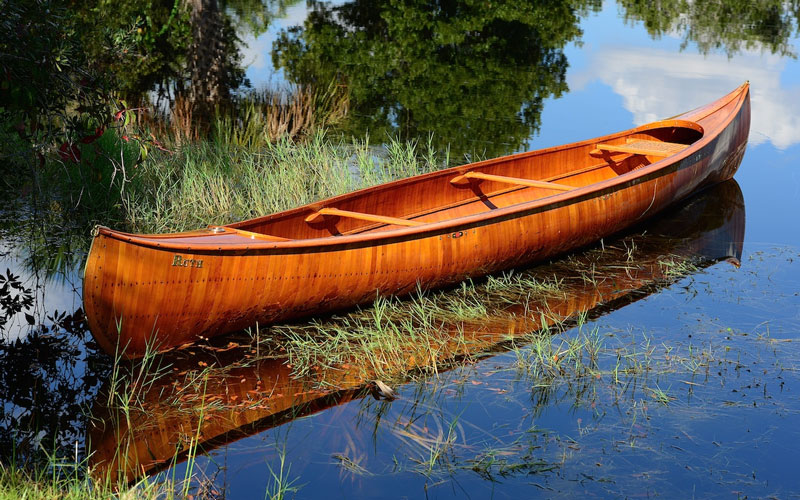 Just looking at this picture makes your blood pressure go down.  A great way to end this week’s Tuesday Tour is with this Antique 1920 Peterborough 16-foot Rib Canoe named Ruth.  Ruth is owned by Michael and River Grace, members of the Sunnyland Chapter.