A Late Classic leads this week’s Tuesday Tour of Vintage Boats. It is a 1978 Chris Craft 19-foot Lancer named Wise Choice.  Wise Choice  is owned by Bill Wise, a member of the North Coast Ohio Chapter.

The Late Classic age classification is given to boats manufactured between 1976 and 25 years prior to the present year – making 1994 boats eligible for the Late Classic title this year. More information about the official ACBS Age Classifications is found under the ABOUT tab in the menu. 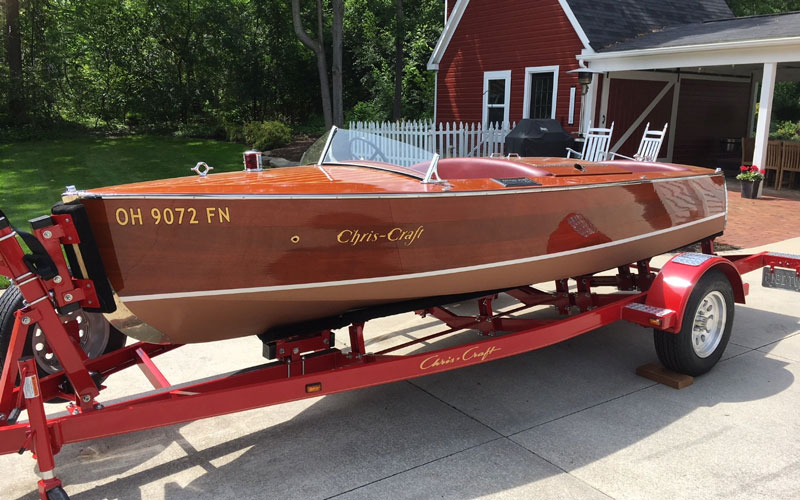 Home Again is in the Antique age classification because she was built in 1932 by Chris Craft.  Home Again is a “300” model, 15.5-feet long. The name  Home Again makes you wonder what her story is. She is owned by James Coyne, member of both North Coast Ohio and Finger Lakes Chapters. 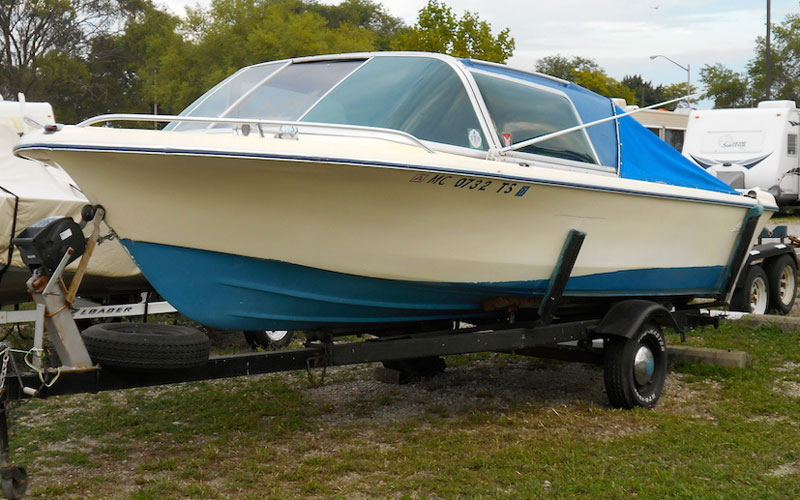 An AristoCraft built in 1974 is near the end of the Classic age classification. This AristoCraft 19-foot Sedan Utility is powered by a Mercury 108-4. Her name is Ruthie’s Dream. She is owned by Ken Pepke and Ruth Sweeney. They are members of NCO, Indian Lake, Michigan and Sunnyland Chapters. 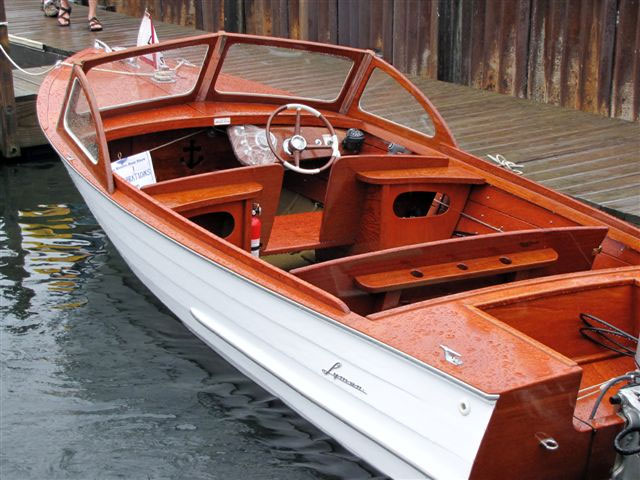 Wood Vibrations was built in 1960. She is a Lyman 15-foot outboard now with a 30 hp Honda Engine. Wood Vibrations is owned by Bernie and Linda LeMay, members of the North Coast Ohio Chapter.

Charles and Leslie Pringle own a fleet of Chris Crafts.  This one is their 1970 Chris Craft Lancer named Charlie’s Other Girl. She is 23-feet long and powered with a Chris Craft 350 Q. Pringles are members of the Chautauqua Lake Twin Tier, Allegheny, and North Coast Ohio Chapters.

This 1967 Larson Utility is 17.5-feet long. She is powered with a Buick 300 model. Jacob and Jessica Marcum own this striking Larson. They are members of the North Coast Ohio Chapter.