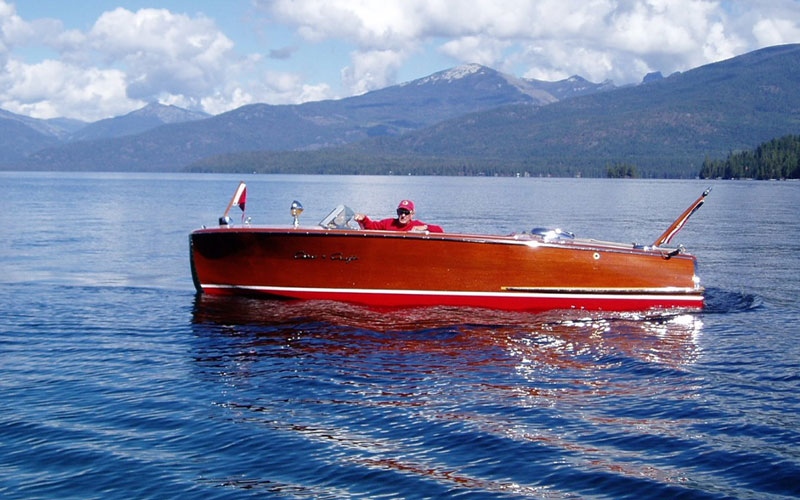 ALAKAZAM was built at Cadillac, Michigan.  This 18 ft Chris Craft Riviera was sold by Lee Craft Boats in Somers, Montana on March 26, 1951. After a complete restoration with all new bottom, sides and new engine, ALAKAZAM now lives at Priest Lake, Idaho.  ALAKAZAM is owned by Steven Schmidt, member of the Inland Empire Chapter. 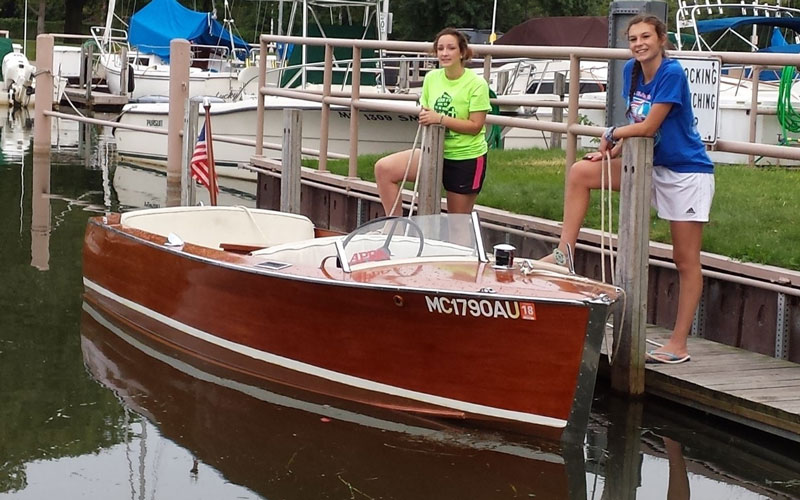 Tim Matyn writes, “My boat is a 1940 16 ft. Chris Craft Utility, which was re-powered with a Model K engine before I bought her. The boat was originally powered with a Model B engine when it was built. Her name is My Sweetie, named after the last step hydroplane to win the Gold Cup race in 1949. The picture was taken at the Grosse Pointe Woods, Michigan, municipal park.  That’s my granddaughter, Jessica, on the right, and her good friend, Dana, on the left.”  My Sweetie,  an Antique boat, is owned by Timothy and Marie Matyn of the Michigan Chapter.

Named “Tolly Ho” this 21′ TollyCraft cuddy cabin was purchased about 10 years ago out of Kelso, Washington where it was manufactured. Shown in the sales brochure as a “Vacationer” it’s an original boat that has not been restored, just maintained. Powered by a 1962 Mercury 1000 ” Tower of Power”. Sees both fresh and salt water exercise. Tolly Ho is owned by Joseph and Elsa Ventura, members of the Southern California Chapter. 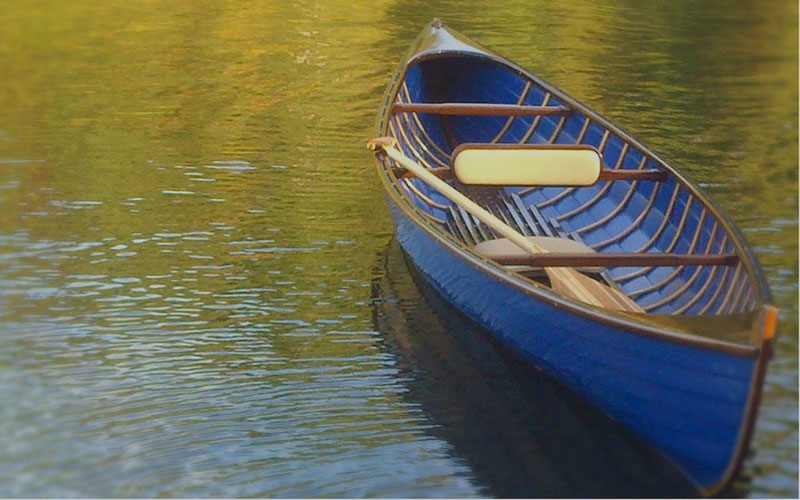 Endeavor is a Contemporary boat owned by Andrew and Sheena Kerfoot. She is a 15′ canoe built in 2010 by Wood Boat Endeavor off of Walter Simmons plans.  The hull is Okume, all dark wood you see is African Mahogany and the blond is Oak. 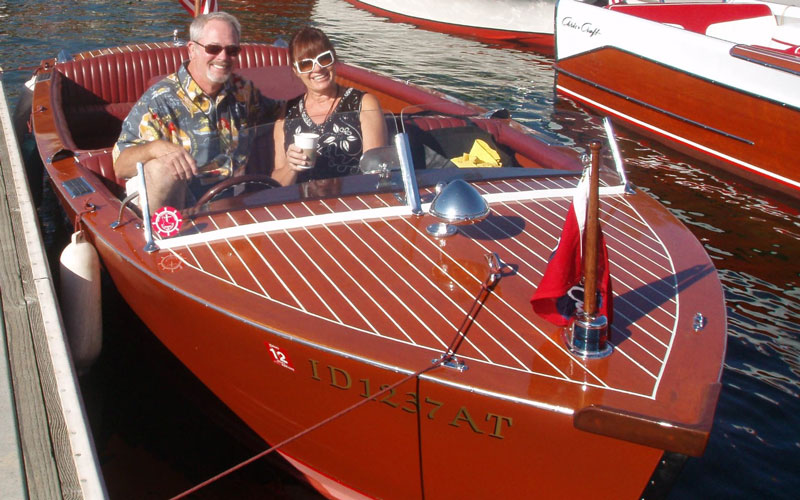 Gaylynn and Greg Bengtson own this 1957 Chris Craft Cavalier named The John B. The 17 ft boat is powered with a 1957 Hercules KFL. Is the boat named after someone in the family? – or after the sloop John B?

Me Too! is a 1958 Brendella Runabout Outboard owned by Daryl and Carolyn Reynolds.  This 14-foot Classic is powered with a 65 hp Mercury. 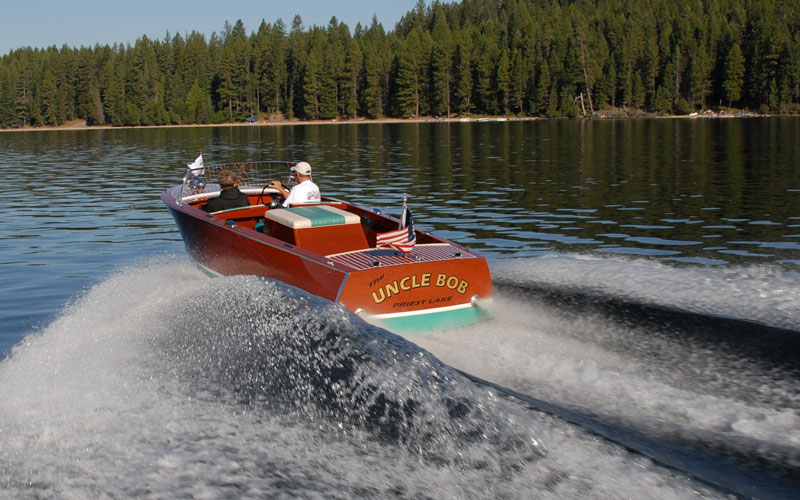 The Uncle Bob on Priest Lake, Idaho, is the grand finale for today’s tour. The Uncle Bob is a 1963 Yandt Utility owned by Ron and Jane Yandt who are members of the Inland Empire Chapter.