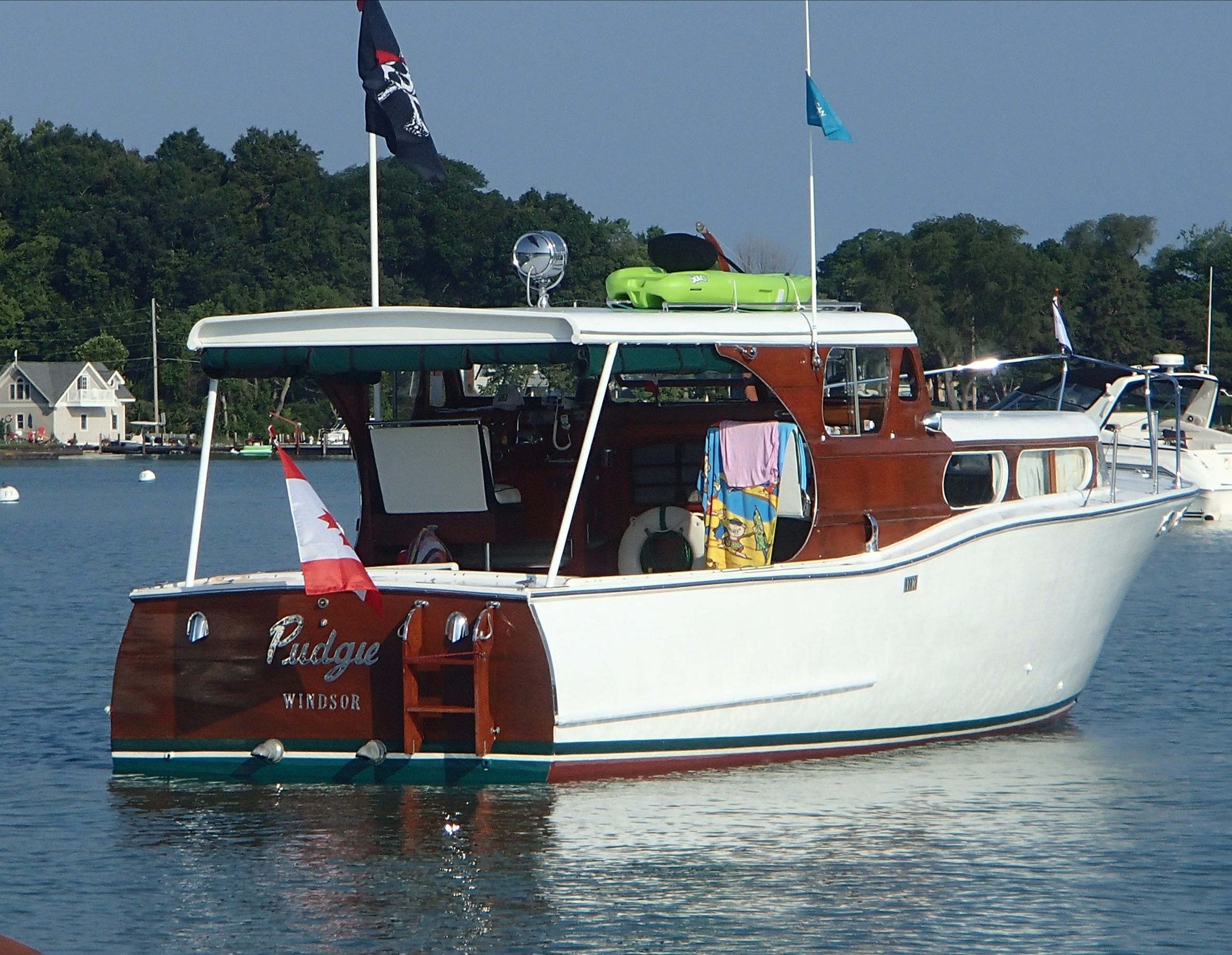 Robert Bondy is the owner of PUDGIE (pictured above) and a member of the Michigan Chapter. She is 35-feet in lenght with a 12-foot beam and powered by a single engine. Her original power was a straight eight Packard. She was repowered in 1962 with a 383 Chrysler Marine engine. I have had her since 2007 and I have done much to keep her alive and kicking. A Sweet and fun boat. She turns 72 this year. I am the third owner of this custom built boat. One of three Matthews hull kits purchased and completed by a local builder, the Essco Boat Co. in Essex, Ontario, Canada. My wife and I spent 2 weeks on our honeymoon roaming around Put-in-Bay Ohio. It was good fun.

Miss Geneva is a 1948 Shepherd Deluxe Sportsman runabout with a M-47 6 cyl 135hp Chrysler Crown engine. She is owned by Randy and Dawn McKendry, Randy is currently our club’s president (Manotick Chapter). Photo taken at the MCBC Cruise Night on September 12, 2019 on the Rideau River near Manotick, ON by Graeme Hoatson Beattie.

End of the Line is a 1962 Century Resorter 17-feet with a 352 Interceptor (240 hp) owned by Eric Newman, member of the Adirondack Chapter. I do not have a “home port” however these pictures were taken at Hinckley Lake in upstate New York. The boat is also used at Big Moose Lake in the Adirondacks (NYS). It was a nine year restoration project I did myself with the help of my son, Eric II. Photos were taken on a cell phone by one of my children (not sure which one exactly).