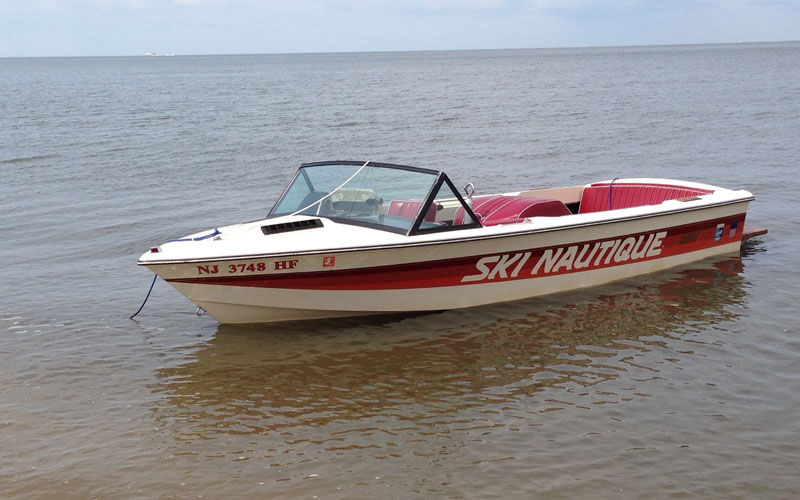 Boats built between 1976 and 1994 are in the late classic classification. This striking 1983 Correct Craft Ski Nautique is a prime example of a Late Classic Boat.  This 20-foot boat is powered by a 1983 Ford 351. She is owned by Bob and Barb Meimbresse, members of the Philadelphia Chapter. 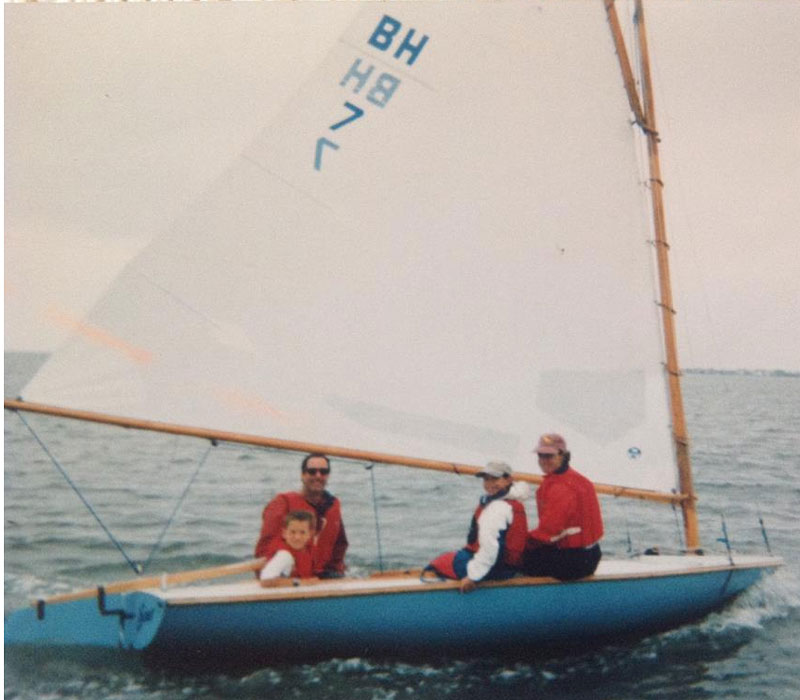 Antique Boats were built between 1919 and 1942. This 1935 Beaton Bros. Sneak Box is classified as an Antique. William and Harriette O’Brien own this boat named Lenape Scout. 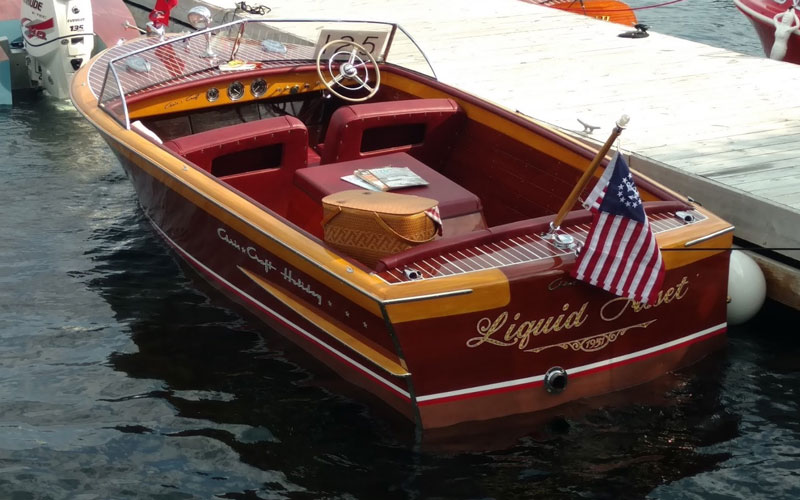 Liquid Asset is a 1951 Chris Craft Holiday. This 19-foot beauty is owned by Ed and Mary Andrews. When the picture was submitted to the ACBS membership files, Ed said, “I bought Liquid Asset in 1994 from a good friend in the power squadron. 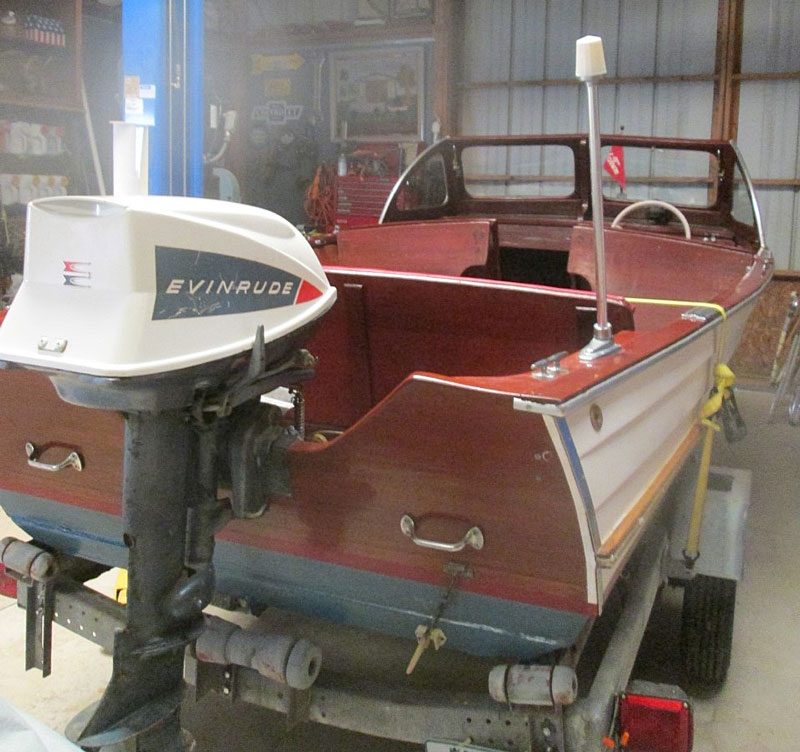 Jan Lowry of the Long Island Chapter sent this picture for the Tour. The “1957 Old Town 15′ Fisherman, built with solid cedar lapstrake planks. The boat is trailered now but plan to use in Long Island waters once restored. Currently equipped with a 1963 Evinrude 18HP engine owned by my sister Jennifer Chernow, also a member of L.I. Chapter, ACBS. My sister & I have been boating since we were toddlers and plan to boat for as long as we can!” 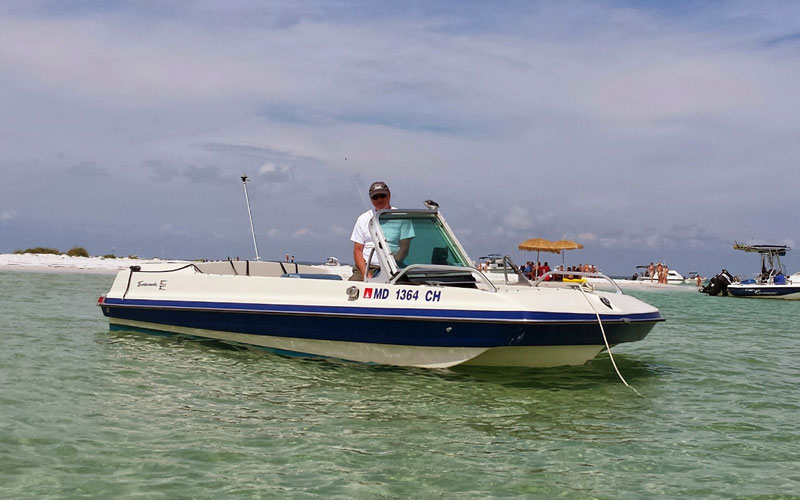 Another Classic is this 1969 Evinrude Sportsman. She is 16 feet long and powered with a 1969 Buick engine. This Classic Evinrude is owned by Russell and Nancy Jamison, members of the Philadelphia Chapter. 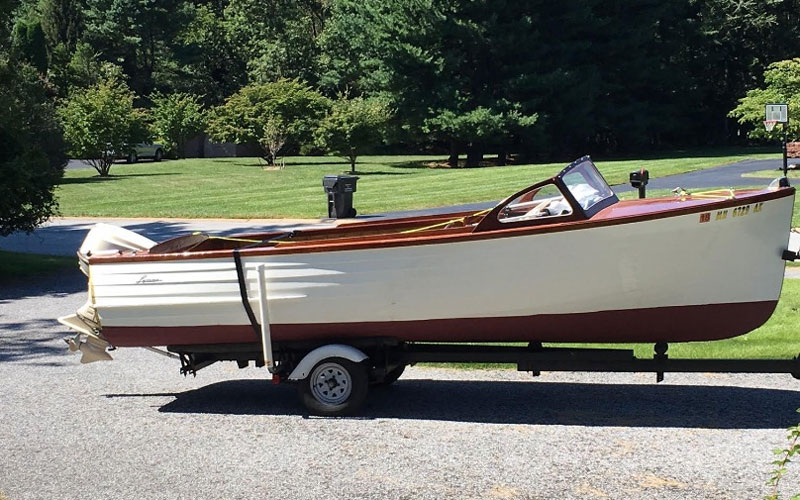 A 1964 Johnson outboard powers this 1957 Lyman model 18. Her name is Buttercup. Buttercup is owned by Louis Rendemonti.