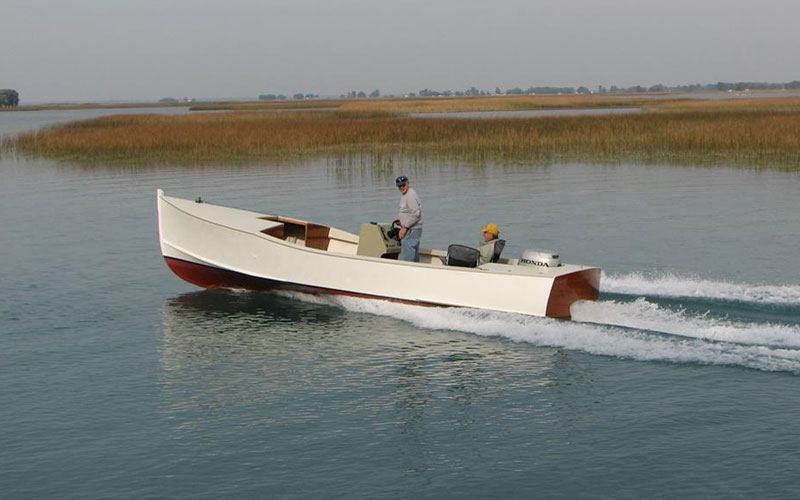 A classic launch in style, MaryEllen is actually in the Contemporary Age Classification. She was home-built in 2008, she is 26 ft long and powered with a Honda BF90 engine.  MaryEllen is owned by George and Mary Lindquist, members of the Michigan Chapter. 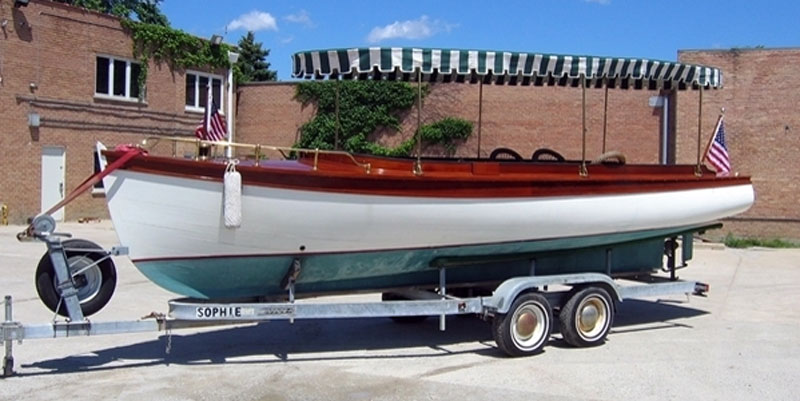 Almost 100 years older, this 2010 Johnson Picnic Launch is in the Historic Age Classification.  Sophie is also 26 ft long but powered with a Gray Marine 31 hp engine.  Sophie is owned by William and Heather Andersen.  He says, “Would love more history on this boat.  Chuck Davis had it restored on Washington Island in the 80’s.”

Kathy Crisp (Blue Ridge Chapter) owns this 1928 Chris Craft Triple named Bumblebee which fits in the Antique Age Classification (1919-1942).  Bumblebee was named by the original owner. Totally and professionally restored in 2015, 5200 bottom with new stringers, frames, and keel. New deck framing and planking. hull planking re fastened with bronze. All new interior woodwork. Stainless steel 40 gal fuel tank. Rare 1951Chrysler 331 hemi…one of the first few hundred ever built and installed in the early 1950s totally rebuilt with upgraded electronic ignition and Holley carb for flawless operation and performance. 12 coats of Epifanes varnish and bonded leather finish this boat off nicely. She comes with her original “unrestored” Dietritch sedan top. Lots of colorful history..once used as a rum runner and only 3 previous owners.

Two boats in the Classic Age Classification were submitted this week.  Classic refers to boats built from 1943 through 1975. 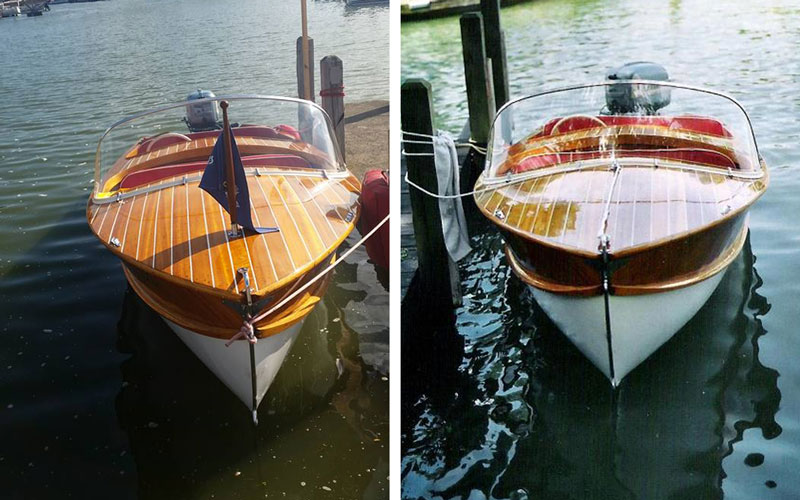 Brian Fogarty of the Indian Lake Chapter in Ohio sent these two pictures of his 1955 Wagemaker Wolverine 14 ft Boat named Brian’s Weigh.  He enjoys riding in this boat on Indian Lake with other wooden boat lovers. Join Brian and Brian’s Weigh on July 21st for the  20th Indian Lake Boat Show at the Harbor. 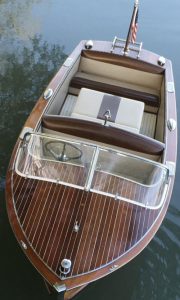 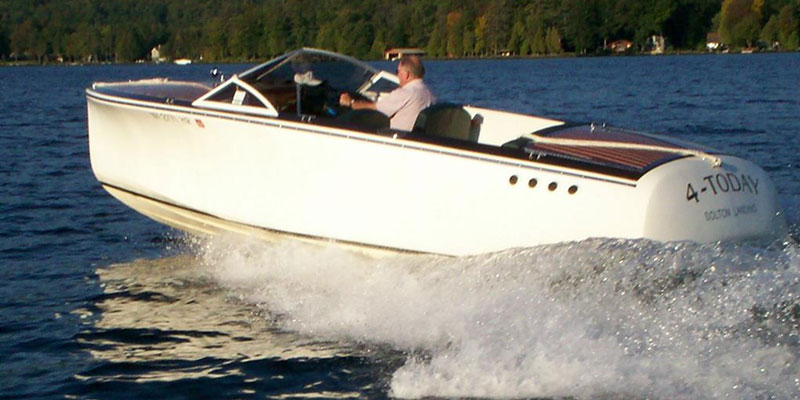 An example of a Late Classic is the 1990 Anthony 21 ft Gentleman’s Racer.  Her name is 4-Today.  She is owned by Buzz and Cheryl Lamb, members of the Adirondack Chapter.  4-Today is powered with a Mercruiser 350.