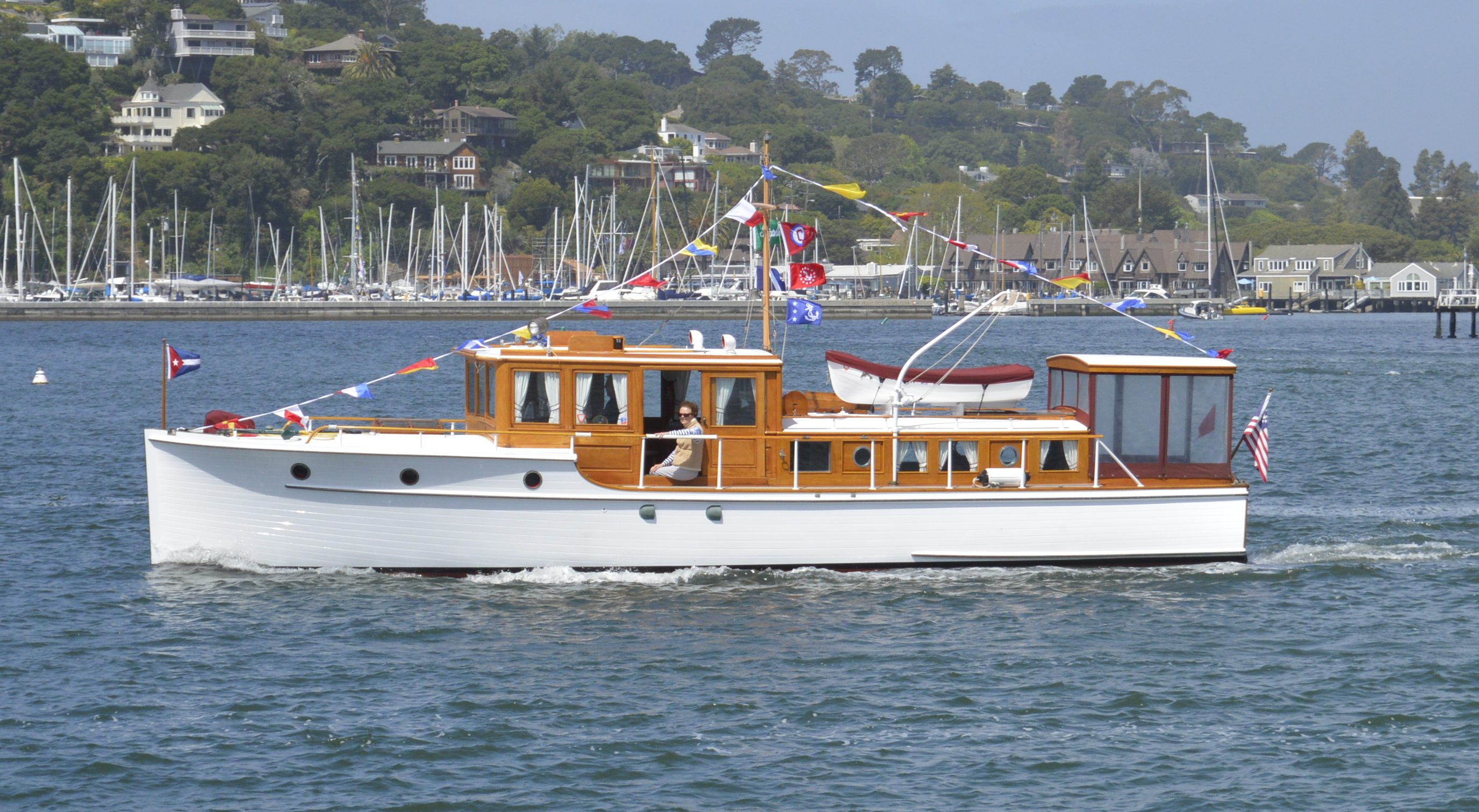 Featured above is ELIZABETH, a 1929 Stephens Brothers 43-foot tri-cabin cruiser departing the Corinthian Yacht Club of San Francisco for the Opening Day on the Bay parade, April 28, 2019. The photo was taken in Raccoon Straight from the “Blessing of the Pleasure Craft” Classic yacht AURORA V by Bill Wells of “Bay and Delta Yachtsman” magazine. ELIZABETH is owned by Jim and Bernadette Sweeney, members of the Northern California/Lake Tahoe chapter. Jim and Bernadette completed a “keel up” restoration of ELIZABETH in 2017.

In The Mood is a 1939 17-foot double cockpit forward. We restored her three years ago and we have enjoyed running her every weekend all over Michigan. Above she is running north to Lexington after the Boat the Blue Show in Port Huron, MI.

She is owned by Debbie & Mark Edmonson, Lexington, MI.

Dale Hamilton, owner of Mahogany Heart Throbs, enjoys boating and building boats. Above is model #7, a reproduction resembling speedboats from the 1930s-1940s with modern materials and methods. Boats are finished in clear coat epoxy, no varnish, with a modern hull form and 4 cylinder power. The boats are a lot of fun with very little maintenance.