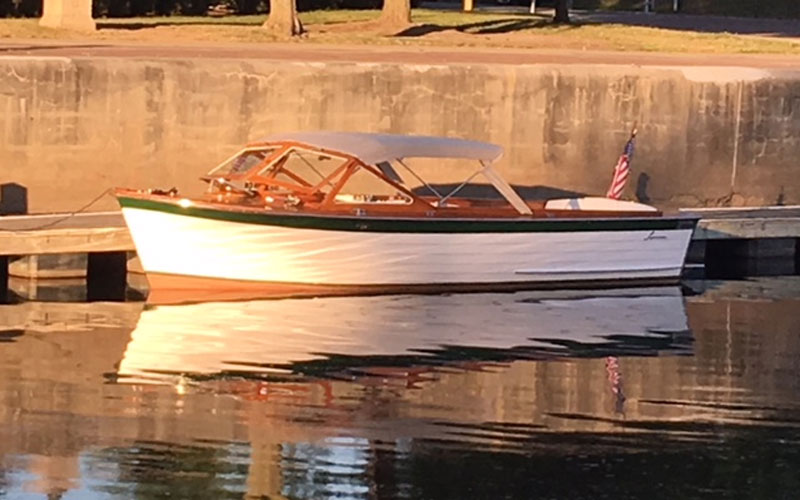 Magie Mae is a 1968 Lyman 26 ft Cruisette.  She is owned by Ike and Deb Dilkes who sent this picture and report while on the following journey:

We left St. Michaels, MD on July 1st to start our journey to Clayton, NY for the ABM Boat Show and then onto Canada.  We will have a brief stopover to attend our own Finger Lakes Chapter Show in Skaneateles, NY, July 27-29. Then we will resume the journey in Magie Mae.

The picture was taken in Waterford, NY after we have completed transient of the Cheapeake Bay, C & D Canal, Delaware Bay, coastal Atlantic, Hudson River and starting the Erie Canal…. Hope to see you at Clayton. 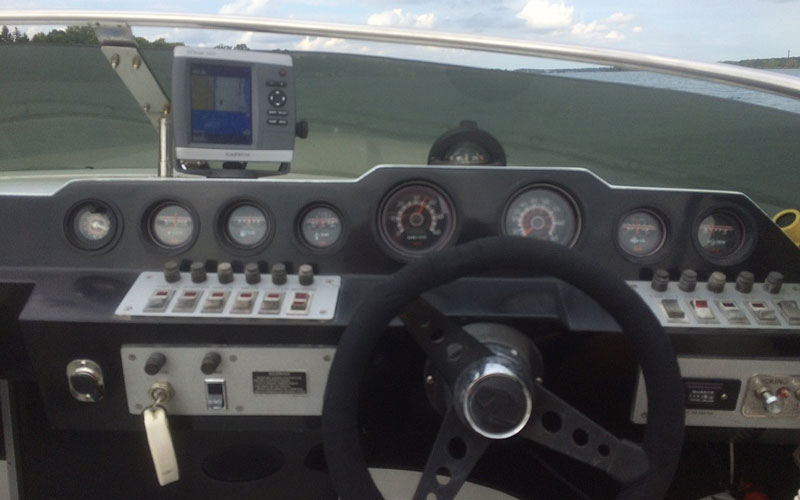 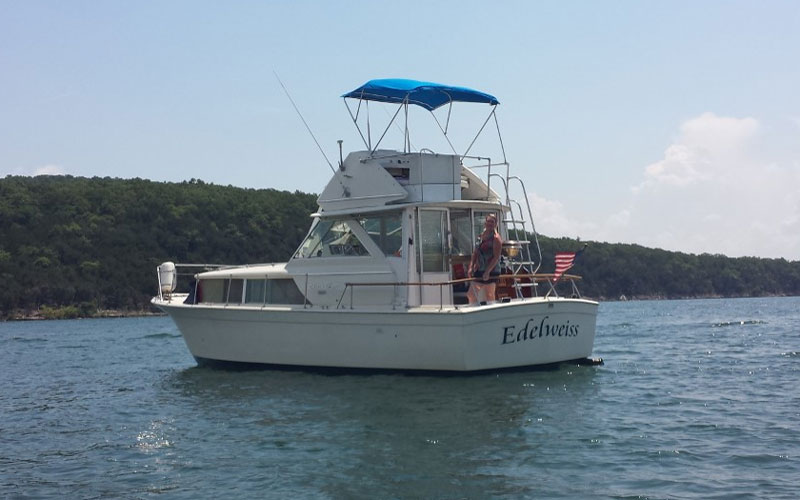 Edelweiss is a Classic 1971 Chris Craft 31 ft Commander Sedan with twin Chris Craft 327 Q engines.  Edelweiss is owned by Steve and Sunday Murphy, members of the Heartland Classics Chapter.  The photo was taken on Table Rock Lake in Missouri. 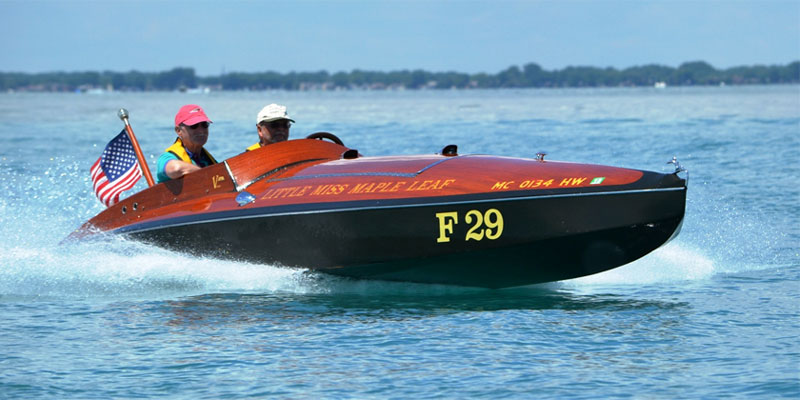 This year, Little Miss Maple Leaf made the transition from the Contemporary Age Classification into the Late Classic Age Classification.  She was first launched in 1993 making her 25 years old this year.  John and Marie Eidt, members of the Michigan Chapter, are the owners.  This is in their description of the boat in their membership file:

Little Miss Maple Leaf was built by the owner and friends from plans found in an old Motorboat magazine under the name of Zipper. Launched in 1993. It was designed by John Hacker.  The original was built by Greavette and raced very successfully by Harold and Lorna Wilson as Little Miss Canada IV in the 1930’s.

What are YOU doing with your boat this summer?