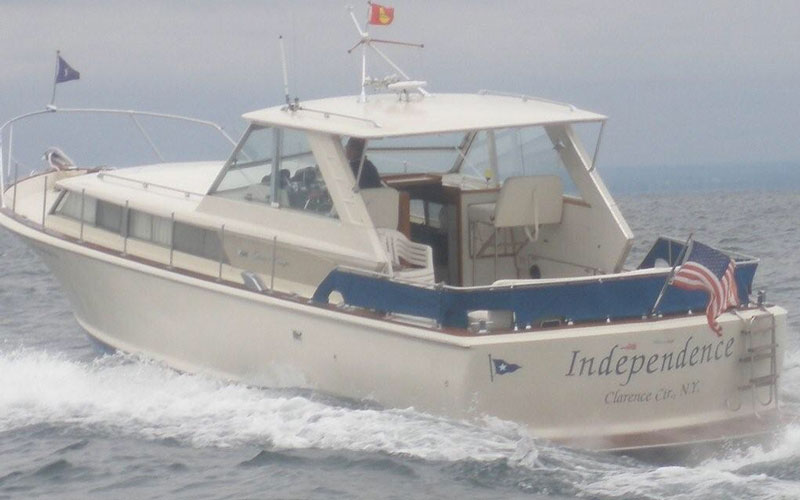 Independence is the name on this boat – appropriate for this US Independence Day week.  Independence is a 38 ft Chris Craft Commander built in 1968, making her a Classic Boat.  She is owned by William Flaglor, member of the Niagara Frontier Chapter. 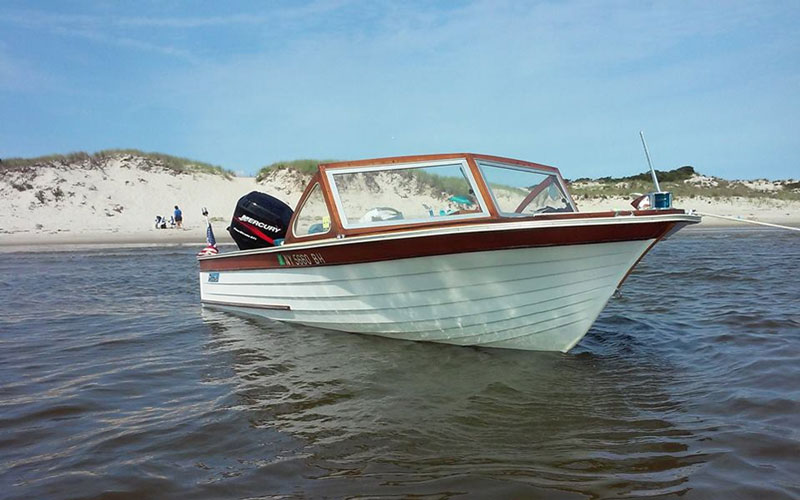 Arnie Brulhardt sent this picture of his 1963 Thompson SeaCoaster.  The photo is titled, “Summer of 2017 Sore Thumb, Fire Island Inlet”.  He says, “Been boating on the Great South Bay for 55 years.”  Fire Island Inlet is on the south shore of Long Island, New York. 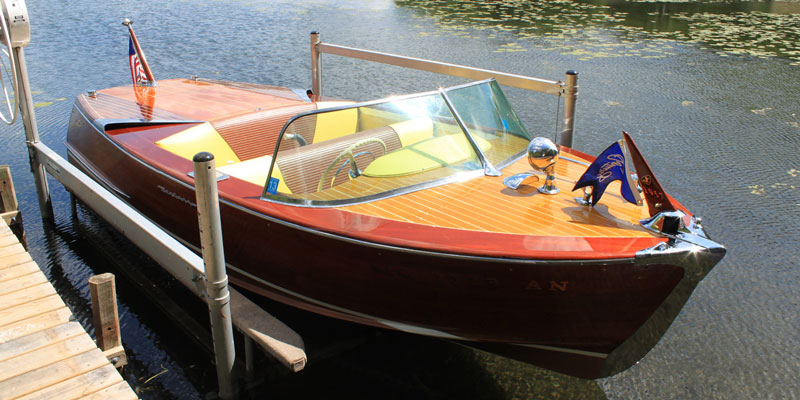 This 1953 Chris Craft Rocket Runabout is 17 ft long. Robert Larson, member of the Lake Hopatcong and Philadelphia Chapters, has named her Norwegian Wood. She recently won the Best of Show – Preserved at the Lake Hopatcong Annual Show.

May we see a picture of your DREAM boat for the next Tuesday Tour of Vintage Boats?