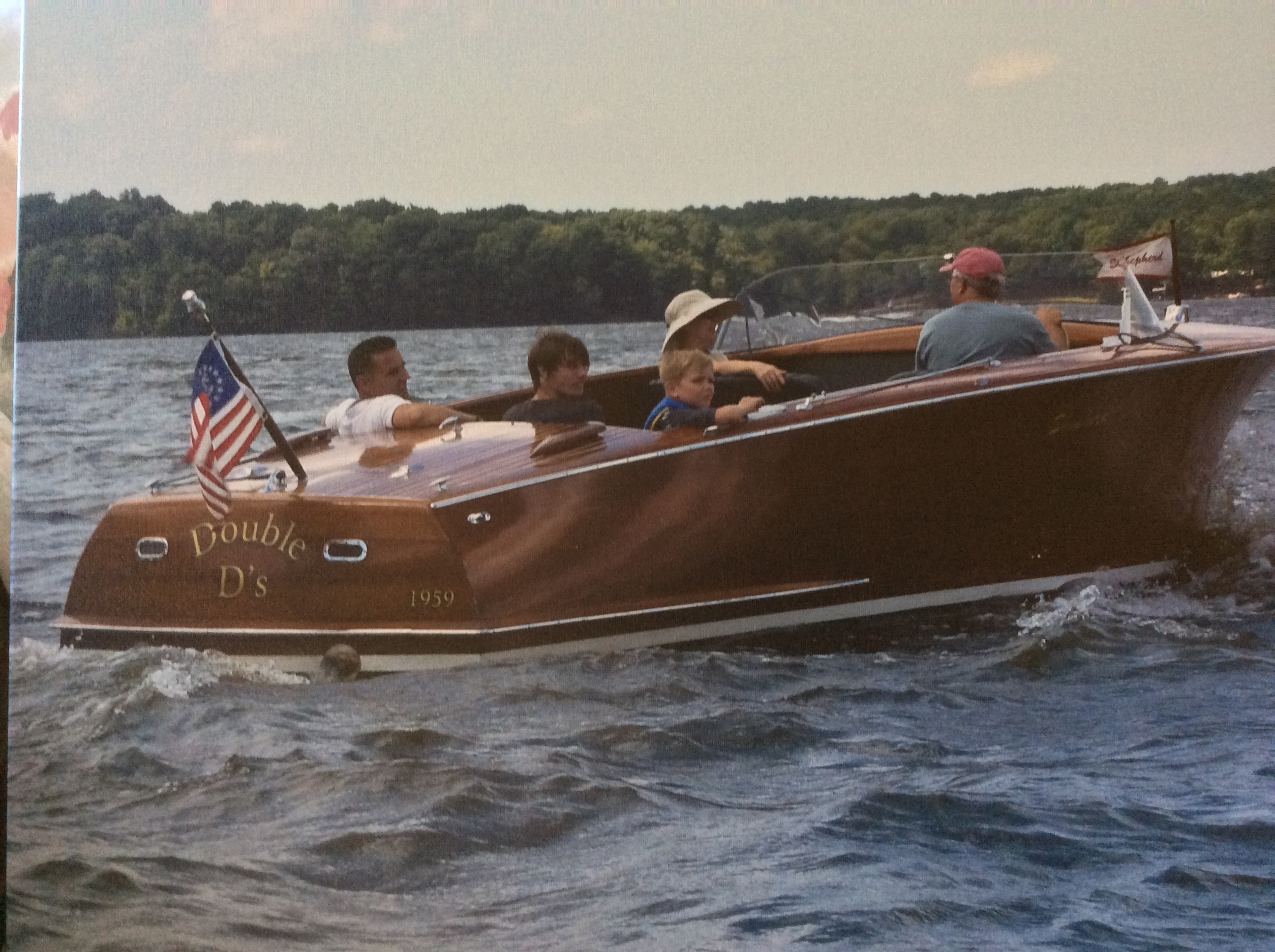 Double D’s, pictured above, is a 1959 22-foot Shepard Runabout 110 owned by David and Dolores Little, Norfolk, VA. She is powered by a 440 Chrysler. She lives on Glaston Lake (North Carolina) during the summer months. 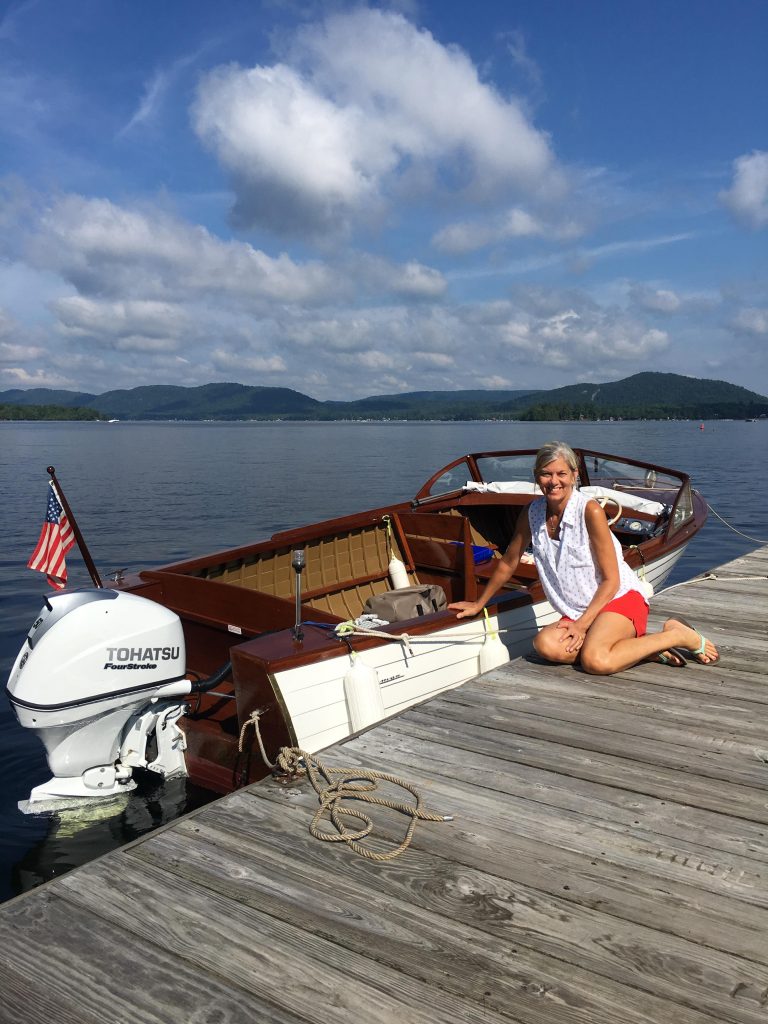 Buttercup is a 1957 18-foot Lyman outboard runabout. She was purchased from the second owner in 2017 who had it about 40 years in Minnesota. I Drove out there to pick her up. The boat was flawless and so well taken care of, except for the old Johnson 75. It was a basket case and gas sucker so I traded it out for a new four stroke Tohatsu 50 hp – the only short shaft outboard that would fit without significant transom work and reinforcement. It does absolutely fine with the 50hp and we can now cruise all weekend on 2-6 gallon tanks! 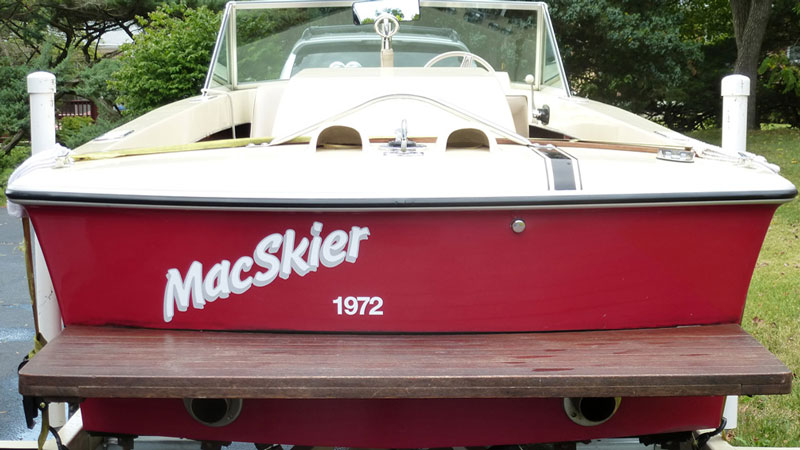 “My 1972 Correct Craft Skier, MacSkier, is a great boat for towing its 82-year-old owner — me!” That’s the quote that came with this picture of a Classic 1972 Correct Craft 17-foot Skier with a Crusader 220 engine owned by Grant and Phyllis MacLaren who are members of the Blackhawk and Sunnyland Chapters. 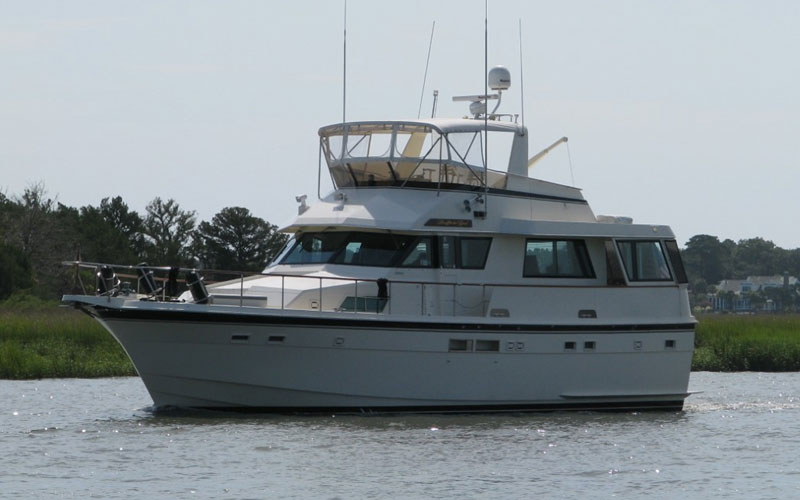 Buffalo Gal is a Late Classic built in 1988 by Hatteras Boat Company. Buffalo Gal is 54 ft. long and powered with Detroit Diesel engines. Bill and Kathleen Root, Sunnyland Chapter, recently took their whole family down the intercoastal for a three-day cruise. “Three days and 200 gallons of diesel, but a fine time was had by all.” 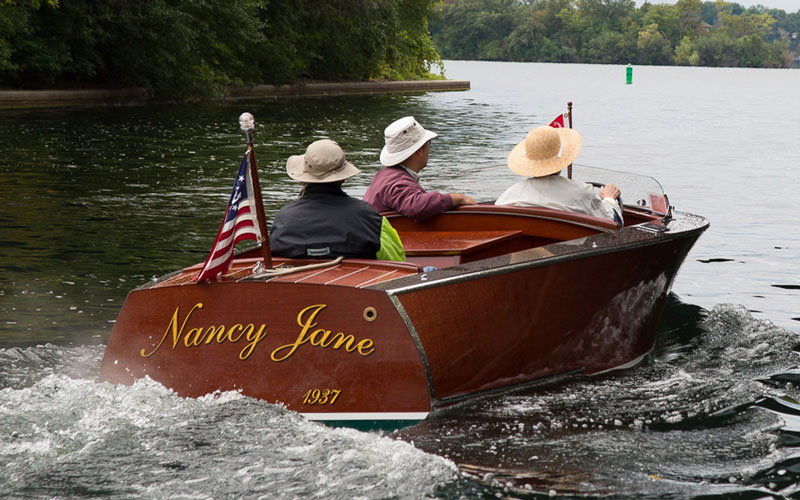