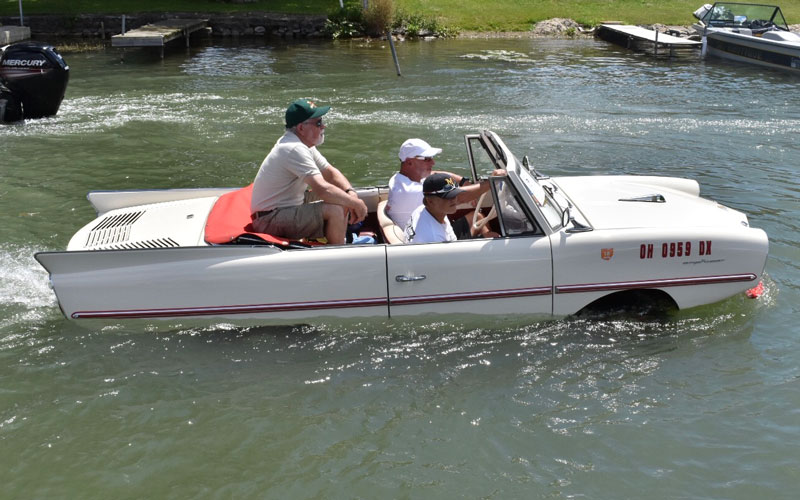 This week’s tour begins with an Amphicar running at the Indiana Chapter’s Lake James Show.  Watch for the pictorial review of the show coming in Friday’s post.  Photo sent in by Mike McBride. 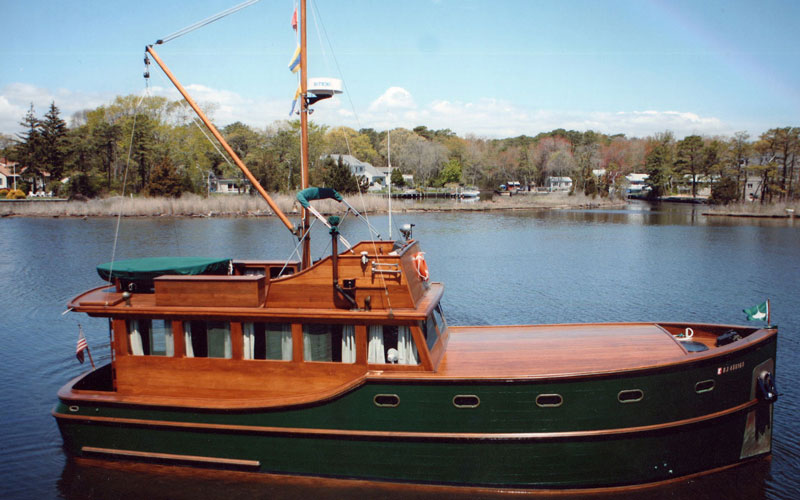 “Bad Donato V” is always an attention getter when seen plying the waters of Barnegat Bay, NJ. “Bad Donato V” is a rugged 43′ home-built cruiser crafted entirely by master woodworker and boat builder Sam Donato. Built in 2002 and powered by twin Cummins diesels, this one-of-a-kind cruiser is a regular participant and award winner at the Barnegat Bay Chapter’s Annual Boat Show. (picture is from the 2016 Gallery of Chapter boats.) 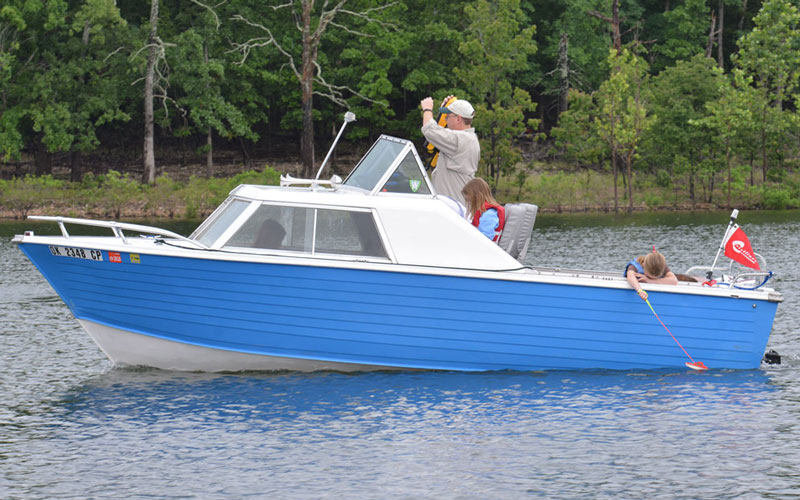 The Only Bid is a 1974 Crestliner Norseman DC. This 19′ Cuddy Cruiser is powered by a Mercruiser 140 hp engine.  This aluminum boat is a family boat where the youngest use to take naps in the shade of the cuddy cabin. Now the boat is often captained by the girls.  It’s used for Girl Scout tubing, family river trips, but also appears at boat shows including the 2012 ACBS International Boat Show. Home port for The Only Bid is in Oklahoma.