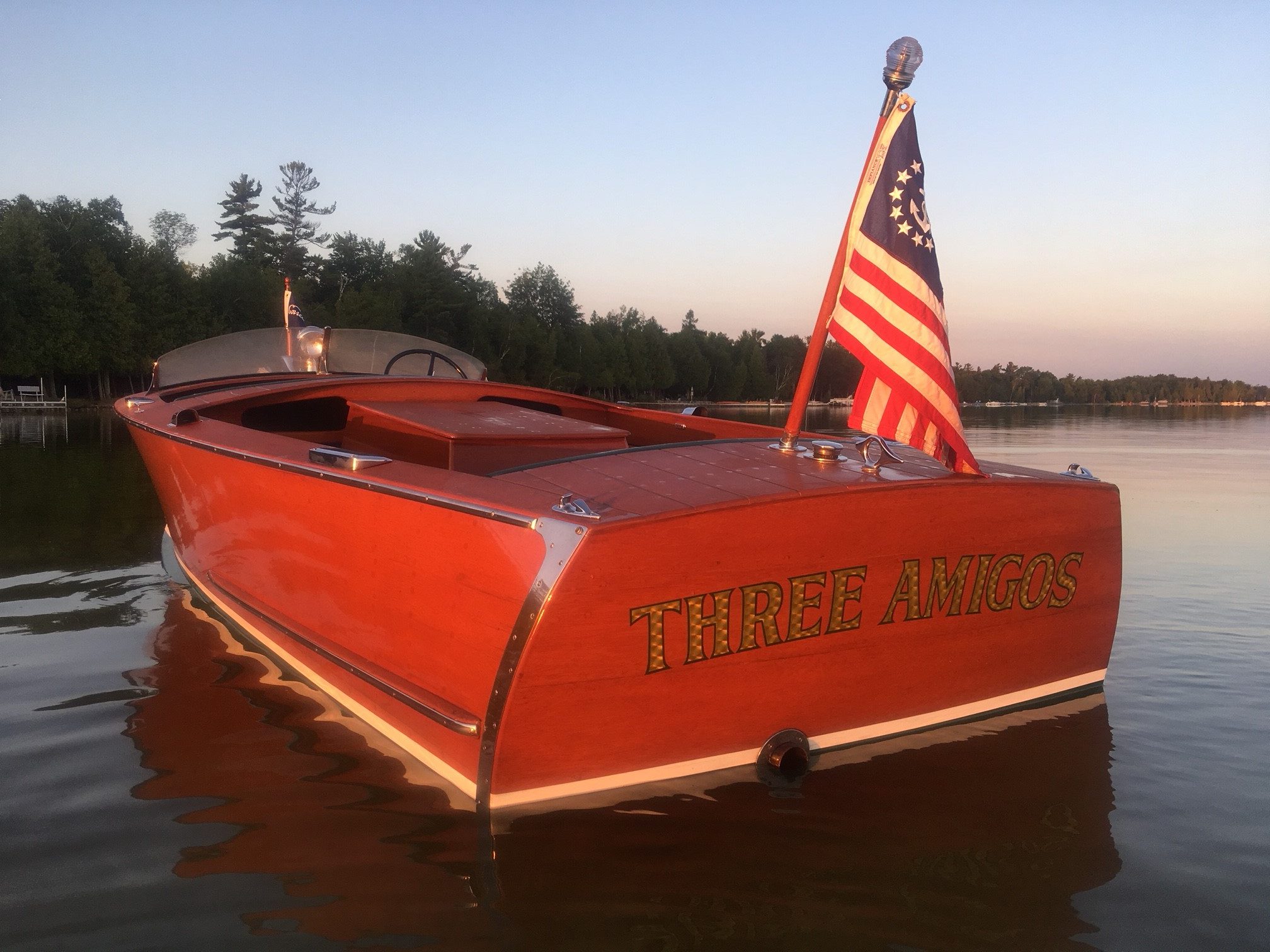 Above – 1948 Correct Craft with original Gray Marine 112-6 engine. This boat was restored in 1996 and is owned by Mark and Claire Asbury from Green Bay Wisconsin.

The boat was originally purchased by my dad in 1968. It was used extensively in Ocean City NJ.  When I went into the Air Force in 1970 my dad was going to sell the boat, but after much “negotiation” he agreed to give it to my wife and myself if……..”he never saw another bill from it!”  We proceeded to store it for 4 years then brought it out and used it until now.  It is currently undergoing a complete renovation in Mooresville, NC.

Has your boat been in a Tuesday Tour of Vintage Boats?  It can be!  Email a photo and a brief description to [email protected].

Fun 4 All is a 1974 Aristo Craft Model Nineteen owned by Mark and Holly Murphy.  On a sunny day she was photo’ed at Lake Burton, GA.  The inset is the same boat, but photographed on a rainy day on Lake Lanier, GA. She looks cozy and dry.  Fun 4 All is powered by a Mercruiser 140.

Yesterdays is pictured here at the 2015 BSLOL Rendezvous – Lake Minnetonka Show in Minnesota.  She is a 1972 30′ Trojan Sea Raider owned by Ken and Lee Patz. These photos of Yesterdays are shared from a collection owned by Freedom Boat Service.

There are currently 62 Glastron boats registered with ACBS memberships.  This picture of a 1961 14 ft Glastron Skiflite was submitted with Amanda VanderWeele’s membership. It is powered with a Mercury 500.  Amanda and Jon are members of the Water Wonderland Chapter.

Shooting Star is in the “Antique” age classification of boats which includes those manufactured between 1919 and 1942.  Shooting Star is a 26 ft 1930 Hacker Runabout owned by Ed Becker.