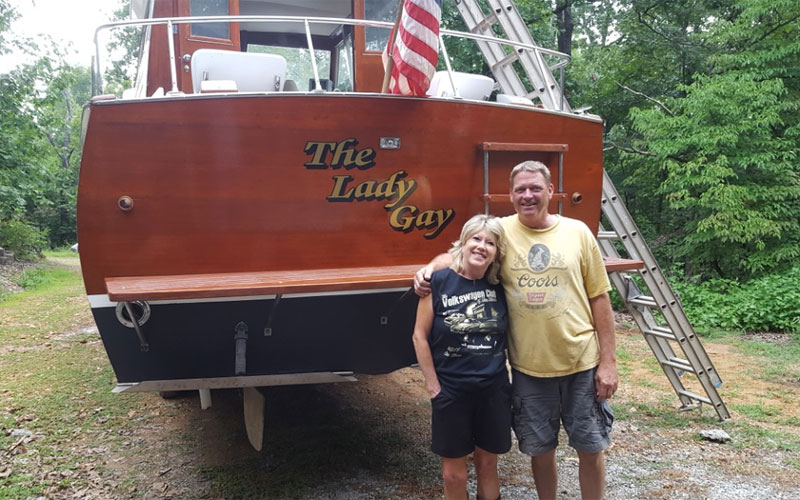 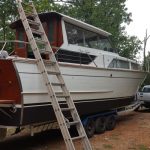 Tuesday Tour of Vintage Boats again has a variety of ages and styles of antique and classic boats.  Enjoy the tour.

Four years, The Lady Gay had been in the shop being restored by Phil and Gay Hennage.  This is her coming out announcement.  The Lady Gay is a 1964 Chris Craft 36′ Constellation. Home port is at the Grand Lake of the Cherokees in Oklahoma where the Heartland Classics Chapter will hold their annual boat show in September.

Think how much we would enjoy seeing your boat.
Email a picture of your boat for the next Tuesday Tours of Vintage Boats. 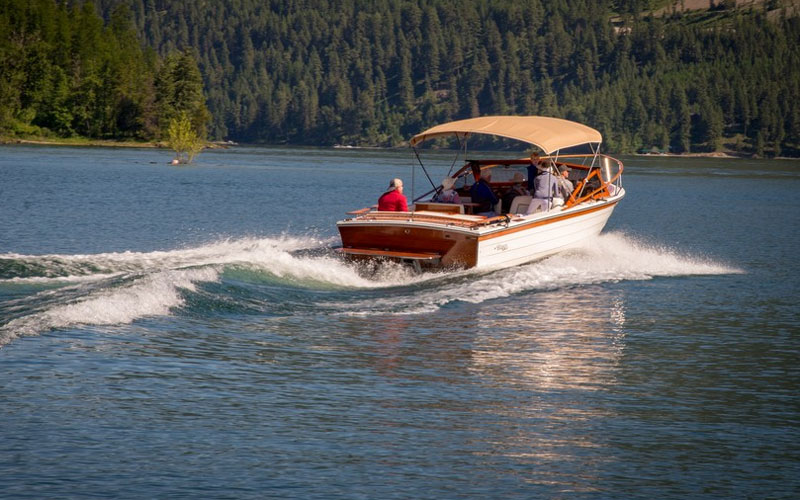 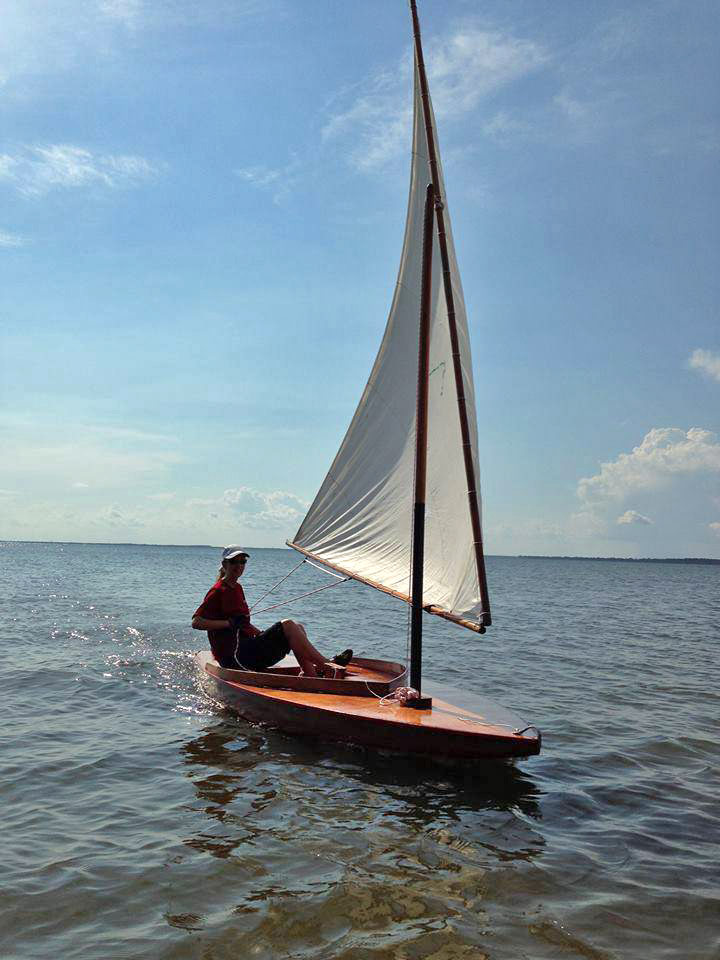 Zip is the Lewis family’s 1953 Sunfish Sailboat, the 13th of the first 20 Sunfish built by Alcort. Zip was beautifully restored by Kent Lewis and here is being sailed by Audrey Lewis.  Zip, along with the rest of the Lewis Family, resides in Navarre, Florida.