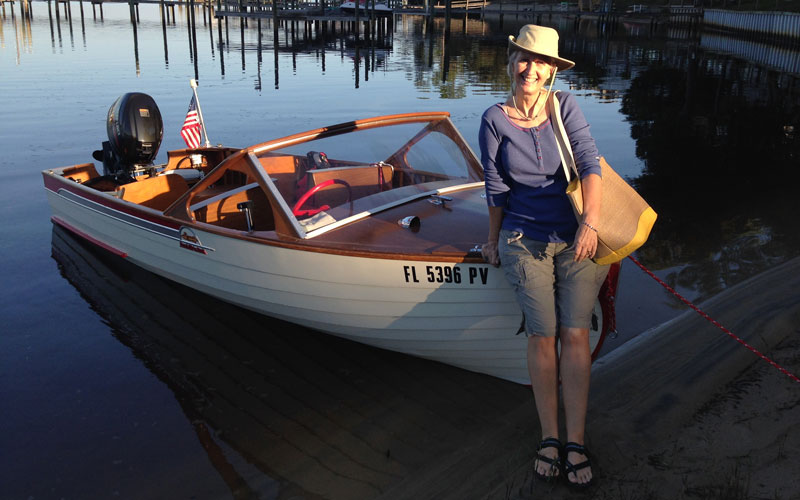 This week’s Tuesday Tour of Vintage Boats begins in Florida. Willow is a 1957 Sorg 15 Runabout powered by a Suzuki 25.  She is owned by Audrey and Kent Lewis of Navarre, Florida. This photo was taken when they were out for a picnic cruise on the East Bay. Photographer Kent Lewis. 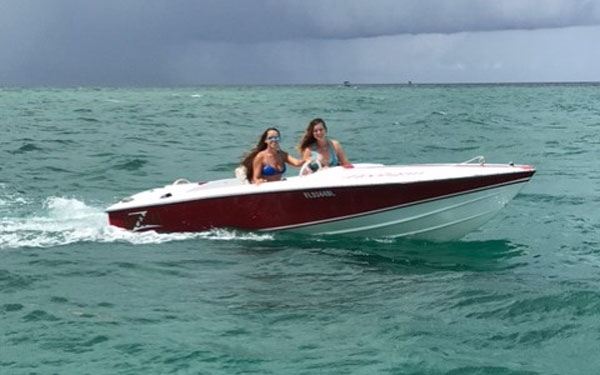 Hooligan is a 1968 Donzi,  was taken by the owner, Bob Hogan, Lantana, Florida. 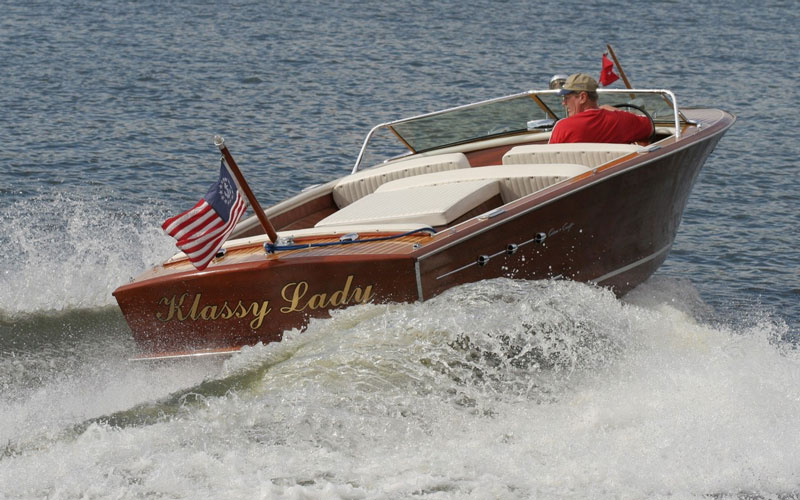 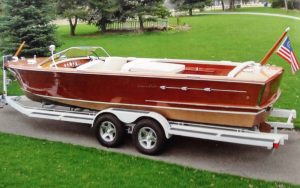 Klassy Lady is a 1956 Chris Craft Continental. She is owned by Hank and Jan Vander Loon, members of the Water Wonderland Chapter.  Klassy Lady was photographed by Gordon Vonk on Spring Lake in Spring Lake, Michigan. 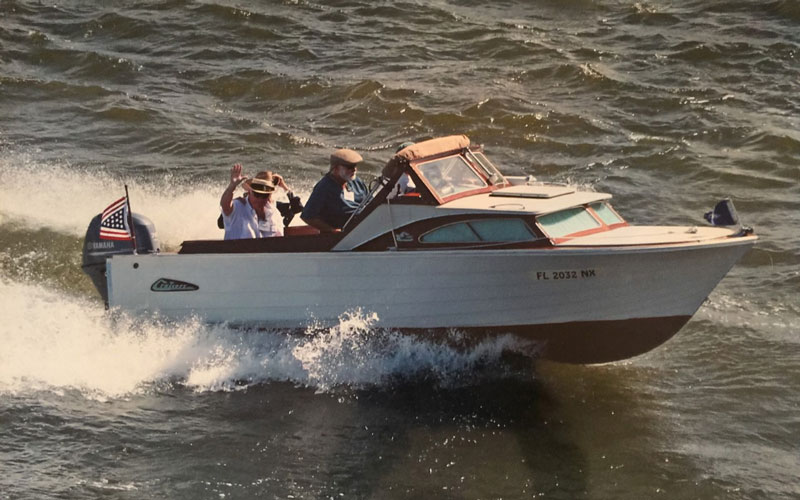 True Love II is a 1961 Cruisers Inc.18’ Model 370 Sea Camper shared with us by John Hough.  John says, “True Love I was a 25’ wood sloop I gave my wife Karen as a wedding gift 40 Years ago. This photo was taken by Boat Pics on the way to the picnic at the Sunnyland chapter show in March 2017. My wife Karen and I purchased the boat a year ago. We use her as a “daily driver” and take her on trips, so repowered with a new Yamaha 4 stroke. We still have the original 75 hp Evinrude and all the wiring and controls for it are in place.” 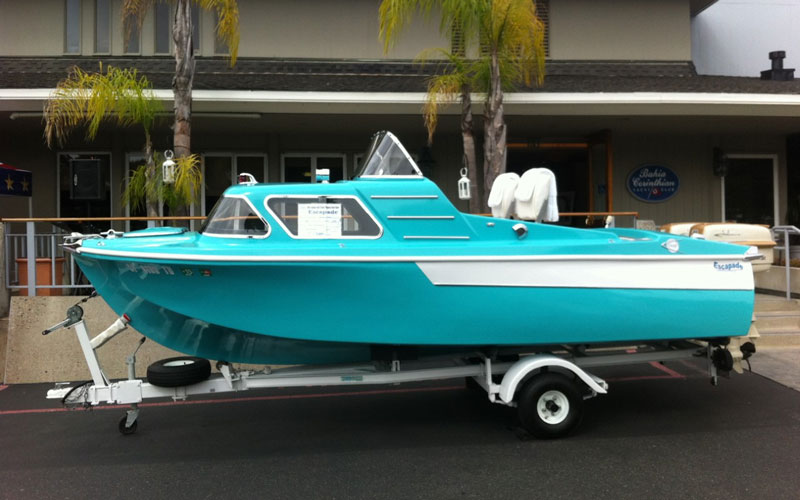 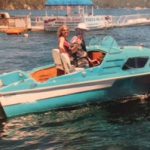 This 1959 Dorsett – “Escapade“-17′ Catalina model is owned by Bob and Janet Kircher. The pictures were taken at the Lake Arrowhead gathering of the Southern California Chapter of ACBS.

She is powered by twin 1959 Johnson 35hp Super Seahorse outboards. 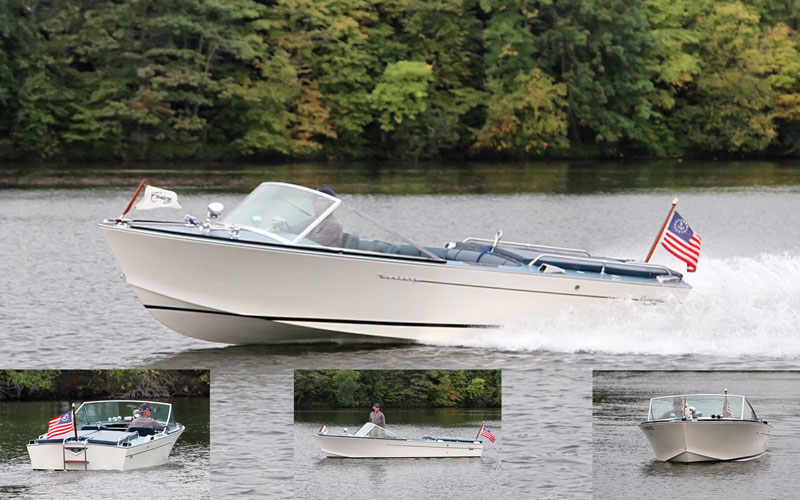 Dan Mulheran owns this 1967 Century Arabian, Hull #2 powered by a 427 Ford Interceptor. She is unnamed. Home port is Bay Lake, MN, where this fabulous photo was shot by Dane Anderson. 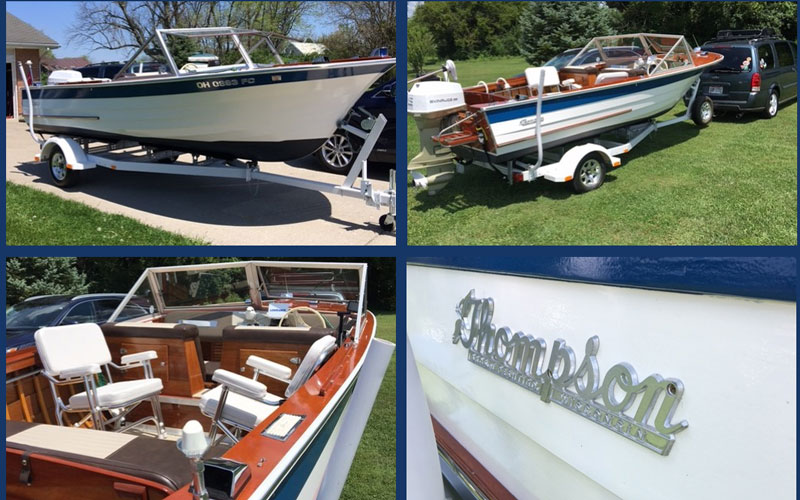 Tim Moore of Amelia Ohio sent pictures of his 1964 20 ft Thompson restoration in 2017 by The Wood Boat Shop in Batavia Ohio.