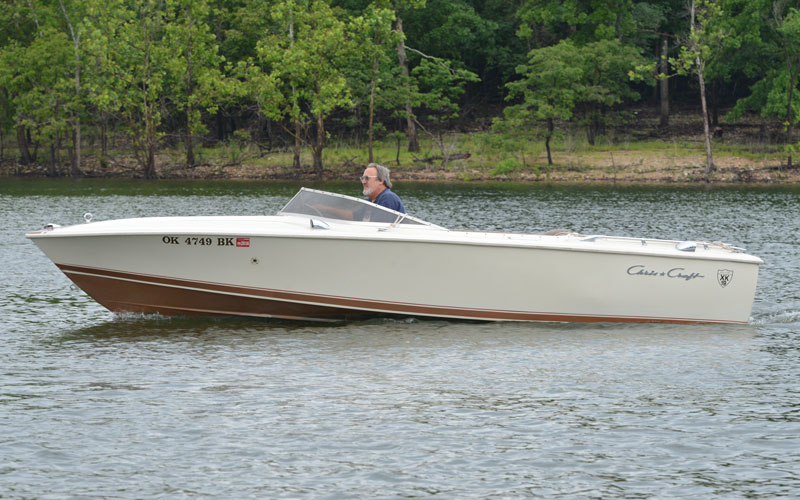 For the Good Times is a Classic 1971 Chris Craft XK19 owned by Mike Langhorne.  She is powered by a Chevy 8 with 350 hp.  Photo by Forrest Bryant. 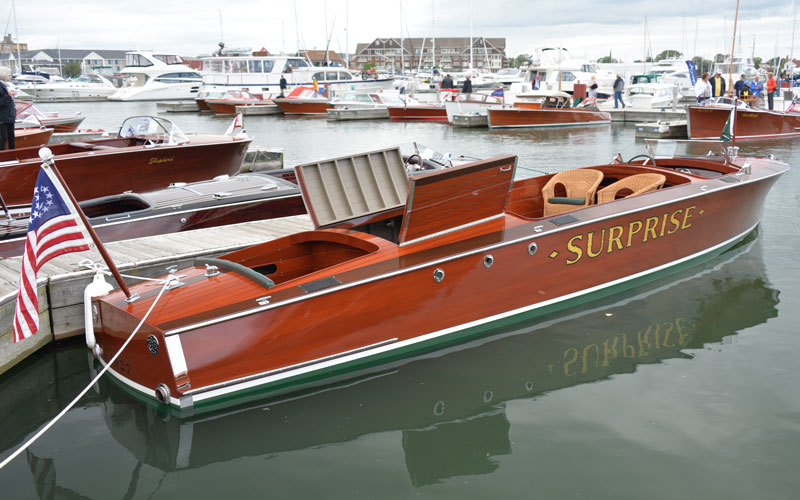 Scott Martin from Ankeny, Iowa brought SURPRISE to the 2017 ACBS International Boat Show.  This Antique Boat is a 1927 Hutchinson Triple.  SURPRISE is 30 feet long with a Chrysler 400.  Photo by Joe Fleming. 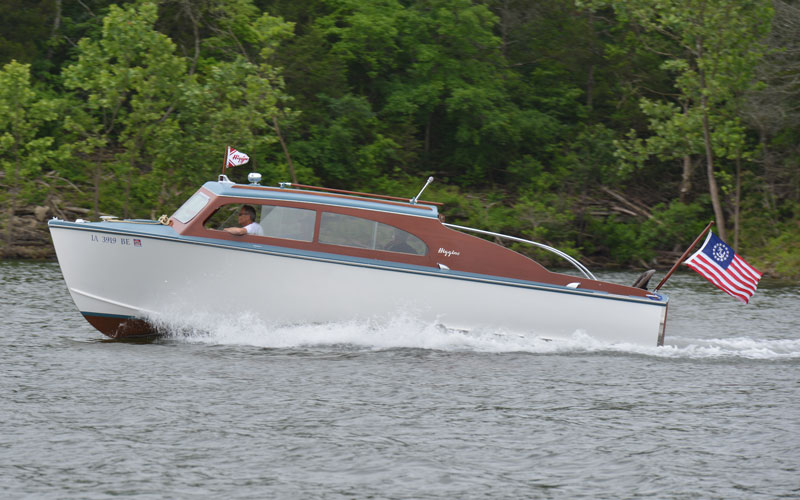 Love this picture of The Andrew J underway on Table Rock Lake.  She is a 1948 Higgins Deluxe Sedan Cruiser, 26 feet with a Chrysler M-27 owned by Jeff Oppenheimer. The Andrew J received the Best of Show Award at the 2017 ACBS International Boat Show. Photo by Forrest Bryant. 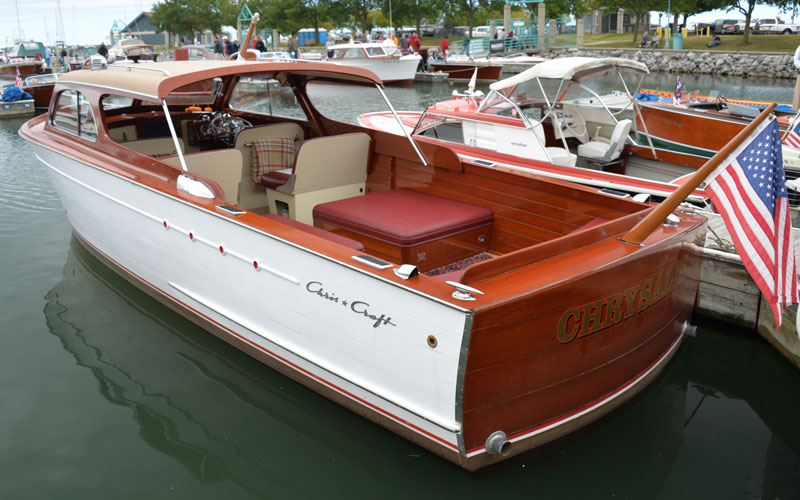 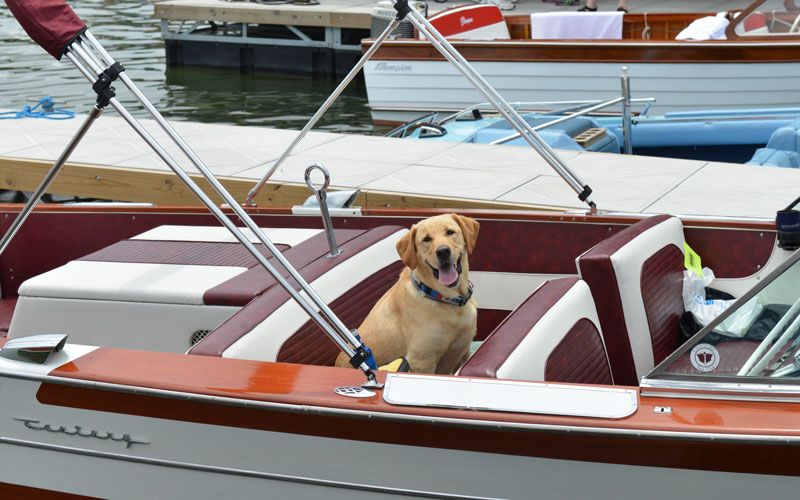 Harley is eagerly waiting for a boat ride in his 1958 Century Coronado, also owned by Kevin and Jeanne Hogan.  The boat is named Love Me Timber. Photo by Forrest Bryant. 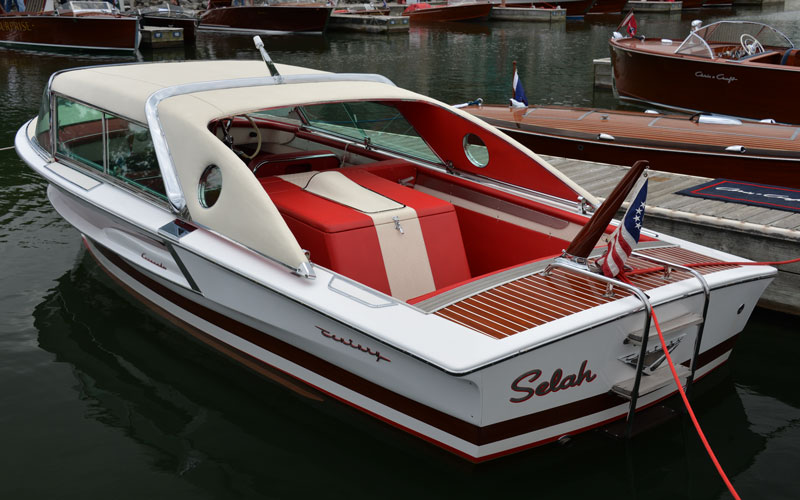 This Century Coronado named Selah was awarded a Platinum Award at the 2017 ACBS International Boat Show.  Selah is owned by Jim and Rhonda Wolfe and is a 21 ft Classic-Restored. Photo credit to Joe Fleming. 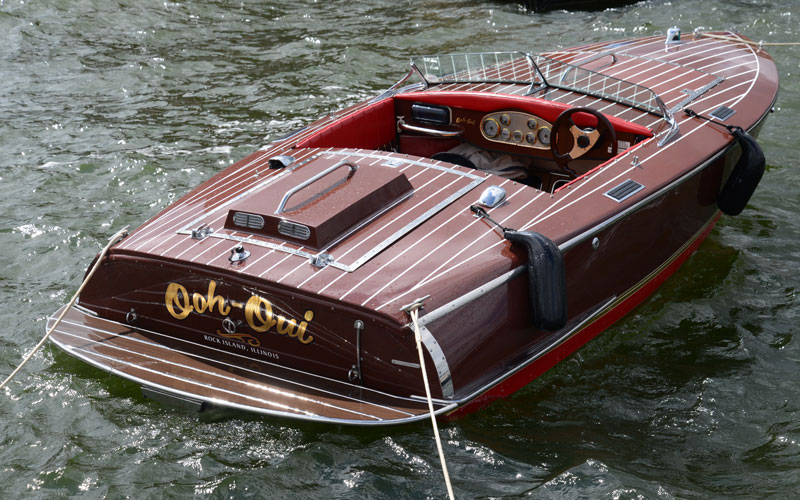 A Contemporary vintage boat that took part in the 2017 Annual Show Pre-Events hosted by the Glacier Lakes Chapter was Ooh-Oui is a 2001 Alsberg Boat Works Jump Boat, 16 feet, with a Mercury V-6.  Ooh-Oui is owned by Glen and Julie Elston. Photo by Forrest Bryant. 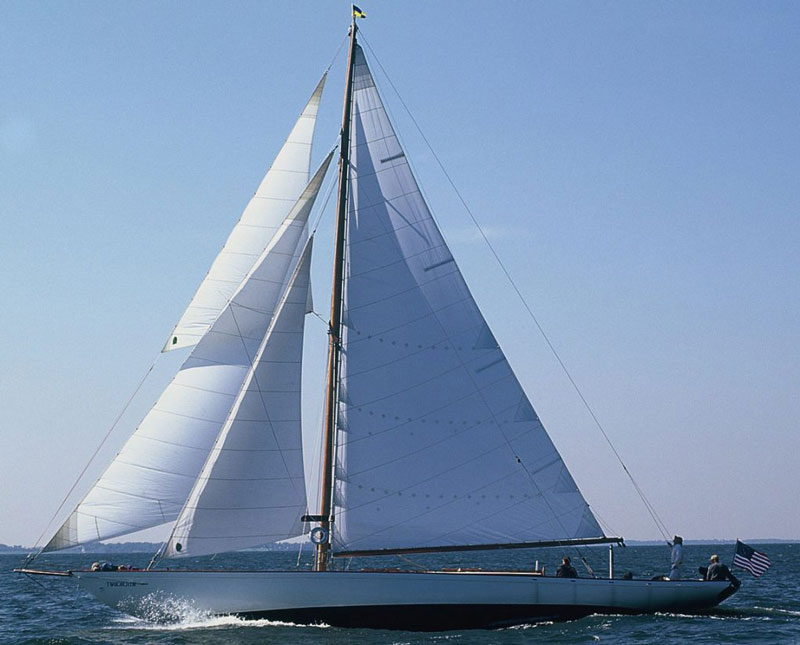 And to round out this Tuesday’s Tour is the Historic 1903 Lawley owned by Dave Butler.  Witchcraft is her name.  Click here to read all about this 114 year old sailing vessel.