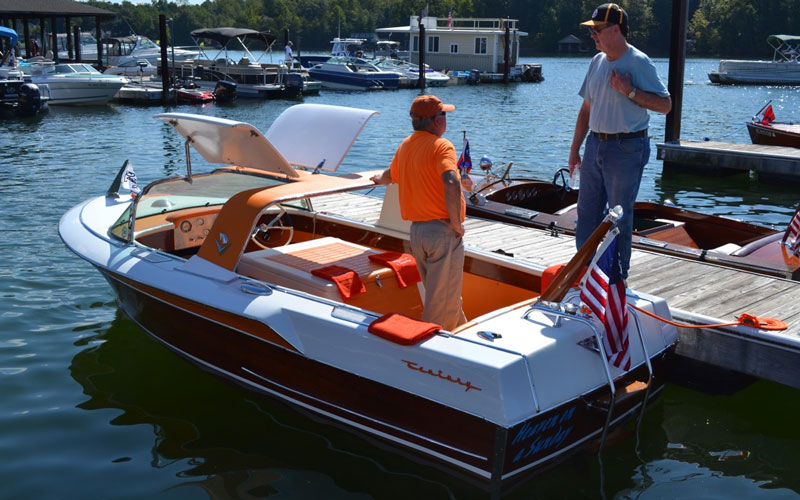 “The People’s Choice” at the recent Smith Mountain Lake Chapter Show was Heaven on a Sunday.  She is owned by Ray and Ann McDowell who are members of the Chesapeake Bay Chapter.  Heaven on a Sunday is a 1963 18’ Century Sabre. The photo was taken by Leigh Conrad, Blacksburg, Virginia. 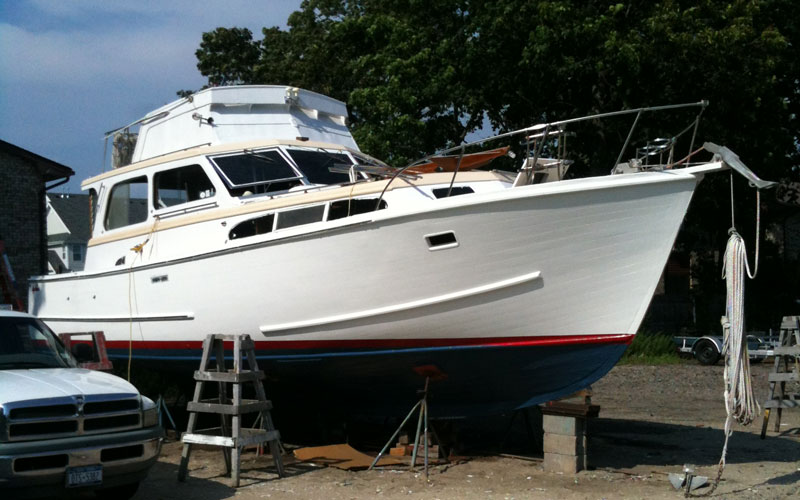 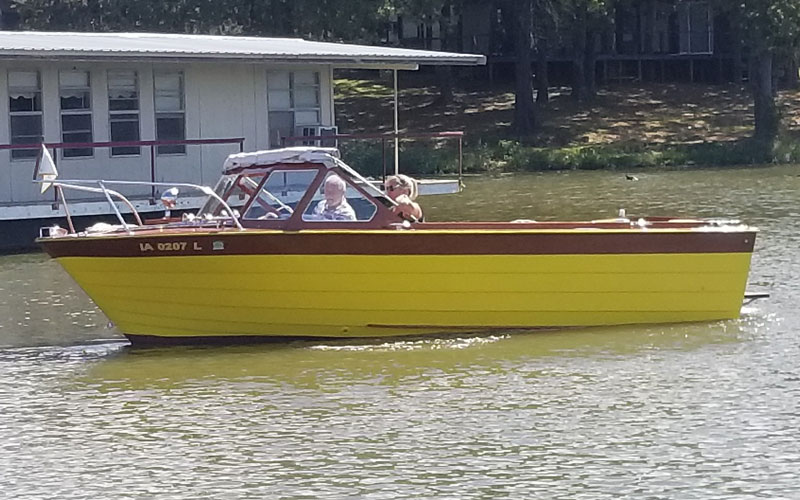 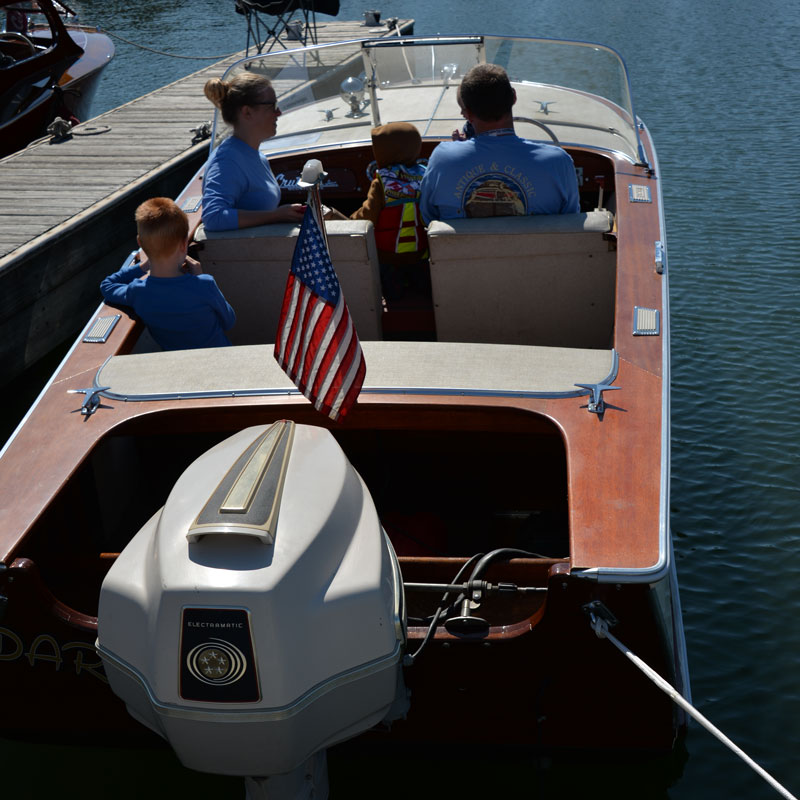 Dart is owned by Dan and Laura Holdmann.  Dart is a 1961 Cruisers, Inc. 18′ Comander.  She was photographed at the 2017 ACBS International Boat Show in Racine Wisconsin by Joe Fleming. Her owner says, “Boat was purchased from the original owner’s granddaughter. Brightwork, interior, chrome is all original and has never been redone.  I have repainted the boat.” 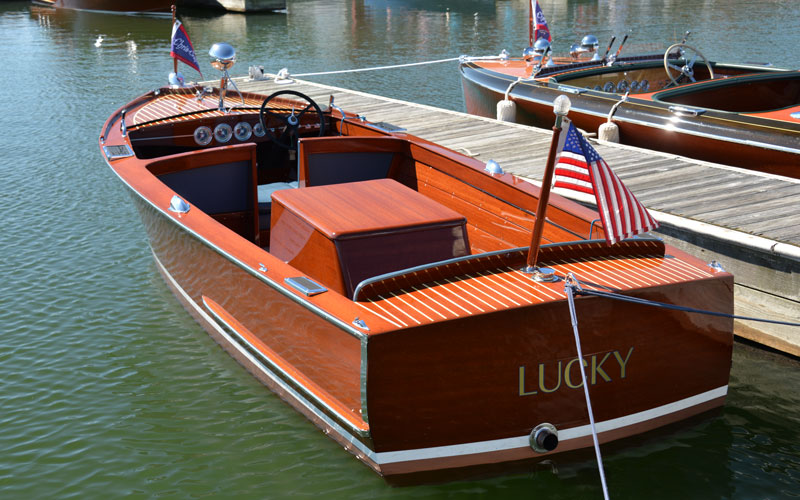 Lucky is in the Antique Class as a 1940 Chris Craft 18′ Sportsman.  Dave Bortner brought her to the 2017 ACBS International Boat Show in Racine, Wisconsin. In the membership files, Dave Bortner says, “Complete Freedom Boat Service restoration, every stick of wood below waterline replaced.” The photo of Lucky was taken by Joe Fleming.