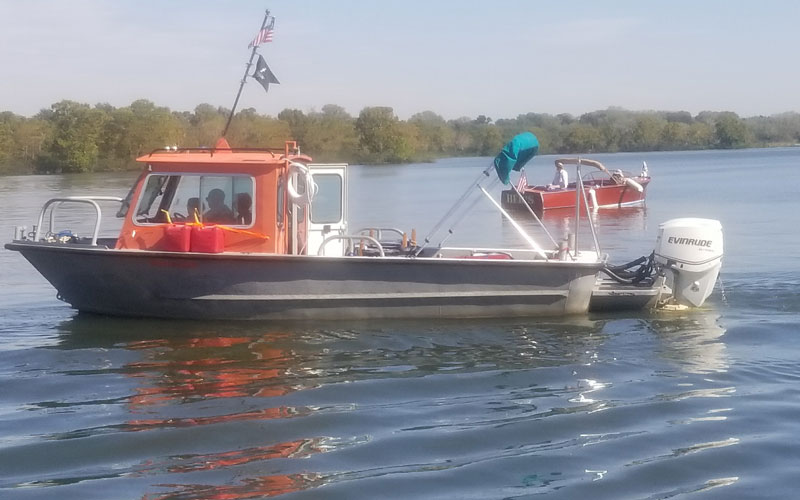 “The Three Hour Tour” is a 1984 Mohawk 27′ workboat with twin Johnson outboards. Being built in 1984 puts her in the Late Classic age classification. She is owned by Jim and Pam Peterson who are members of Rocky Mountain Classics and Heartland Classics. This photo was taken by George Reaves on the 2017 Arkansas River Cruise. In the background is a 1949 Chris Craft Sportsman also on the cruise. 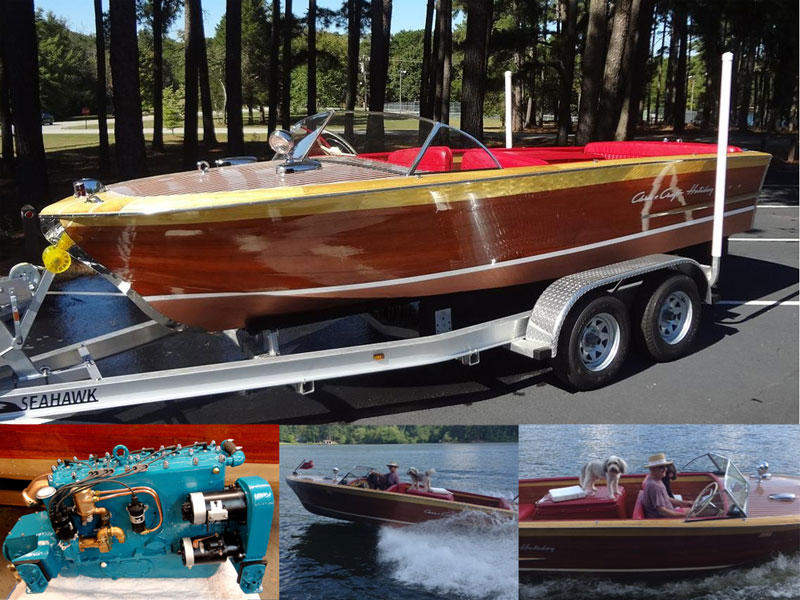 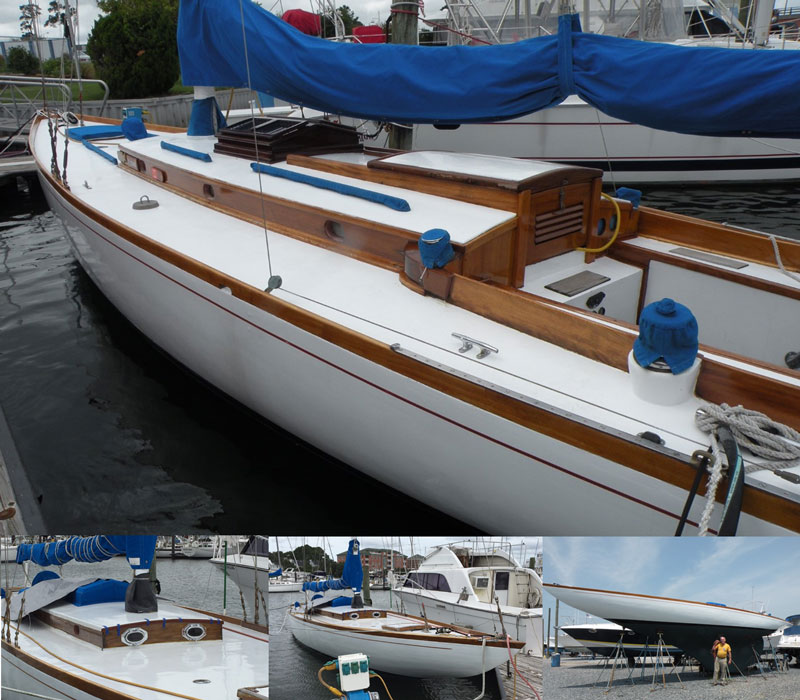 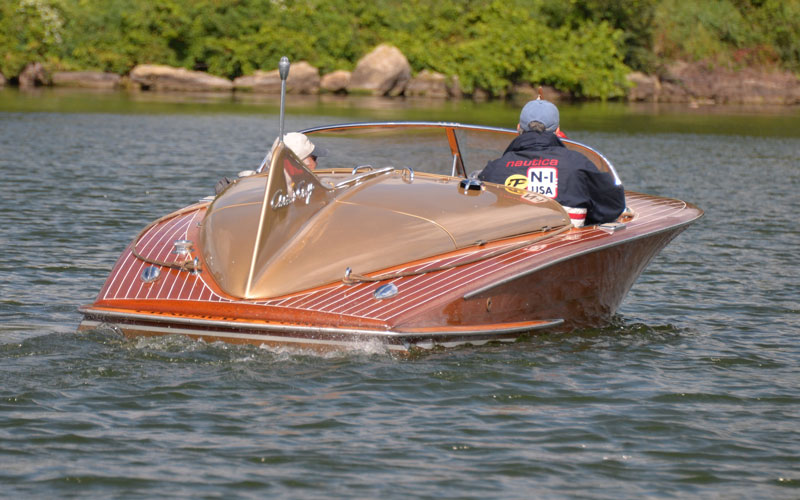 This 1955 Chris Craft 21′ Cobra powered by a Chrysler 331 Hemi is named Charmed Cobra. Charmed Cobra is owned by Jay and Michael Novick who are members of the Blackhawk Chapter. The photo was taken by Joe Fleming during the 2017 pre-events of the ACBS International Boat Show. 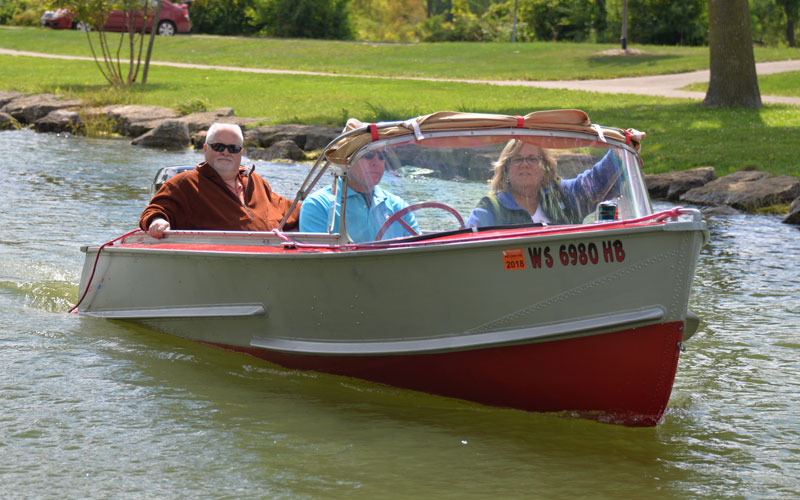 Joe Fleming again had his camera ready as this 1956 Crestliner Voyager Convertible came by on the pre-event tour of the 2017 International Boat Show in Wisconsin. The Crestliner is owned by Jim and Janet Ruwaldt.