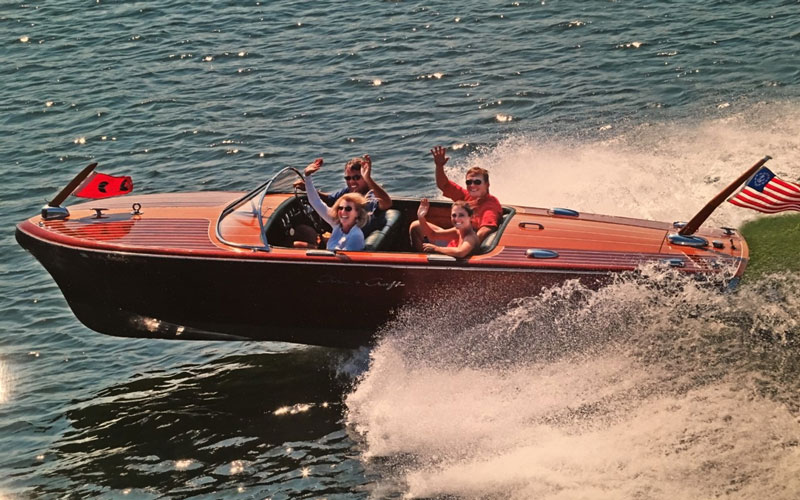 Driftwood is a 19 foot 1956 Chris Craft Capri with a KLC engine.  The picture was taken from a helicopter over Lake Anna, Virginia.  Owners of Driftwood are Linda and Randy Krout shown here out for a cruise with daughter Brittany and her fiancée Rich Mack. 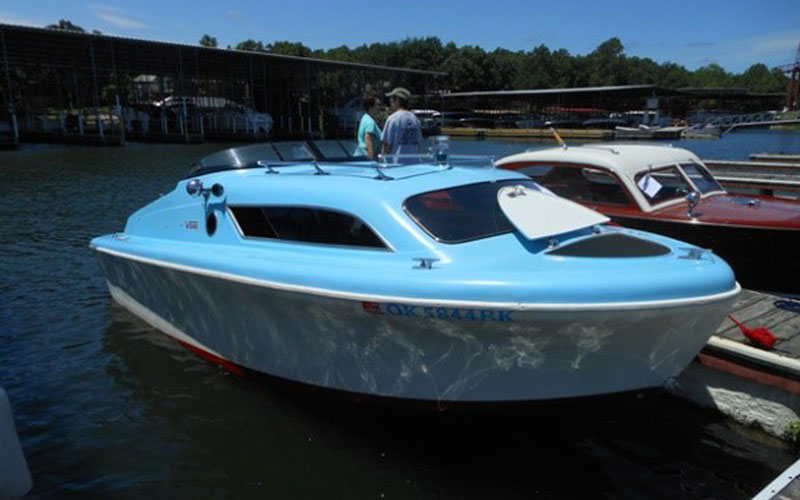 A Wizard!  This 1957 Wizard El Dorado is 19′ long and is powered by an Evinrude 135.  There are five Wizard boats registered with ACBS, all in different chapters. Grand Lake of the Cherokees in Oklahoma is the home lake for this one.  She is owned by Clifton and Virginia McPhail of Cimarron, Kansas. 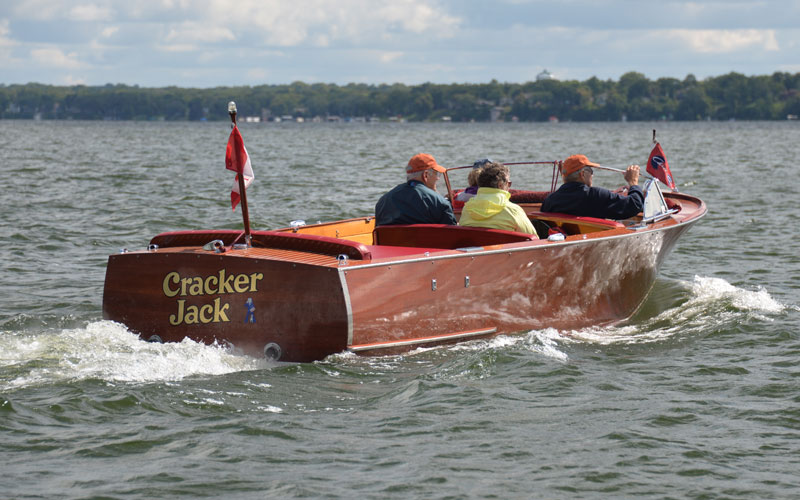 You will see more of Cracker Jack this year since she is owned by Jack Warren, one of the steering committee for the 2018 ACBS International Boat Show in Port Huron, Michigan.  Joe Fleming took this picture of Jack and Carrol Warren and guests in Cracker Jack during the 2017 pre-events near Madison, Wisconsin.  Cracker Jack is a 1947 Chris Craft Sportsman U-22. 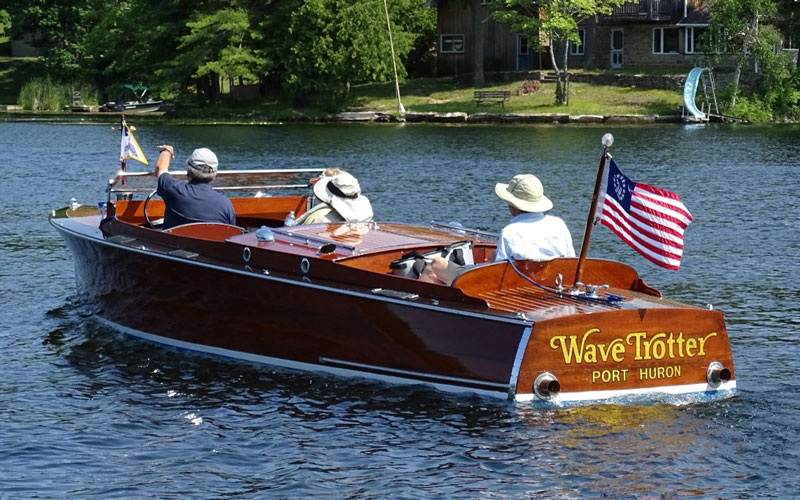 And as a passenger on another cruise in Cracker Jack, Graeme Hoatson Beattie took this picture of Wave Trotter owned by Leroy & Gayle Walker. Wave Trotter is a 1928 24′ Chris Craft triple cockpit powered by a 375hp Chevrolet V8 engine.  Four boats were on a summer cruise on Opinicon Lake, a mini show all by themselves. 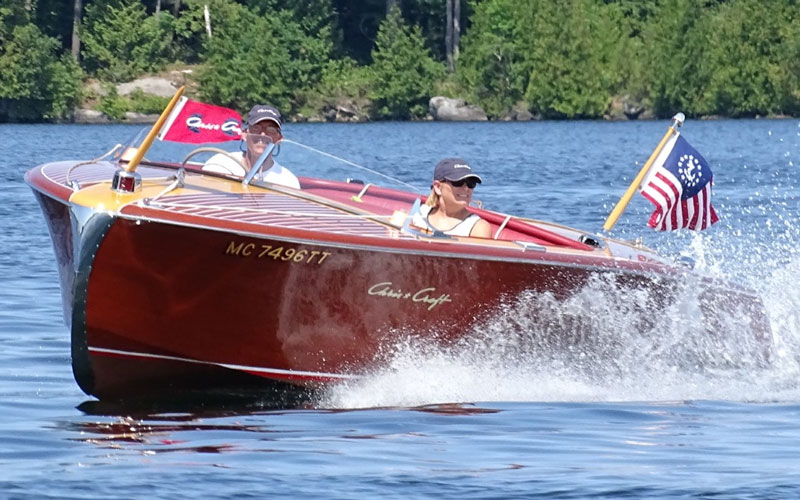 Another boat on Opinicon Lake in July 2016 was Reminisce, a 1950 20′ Chris Craft Rivera powered by a 6cyl 158hp Chris Craft engine. Reminisce is owned by Hale & Anne Walker. This photo was also taken by Graeme Hoatson Beattie. 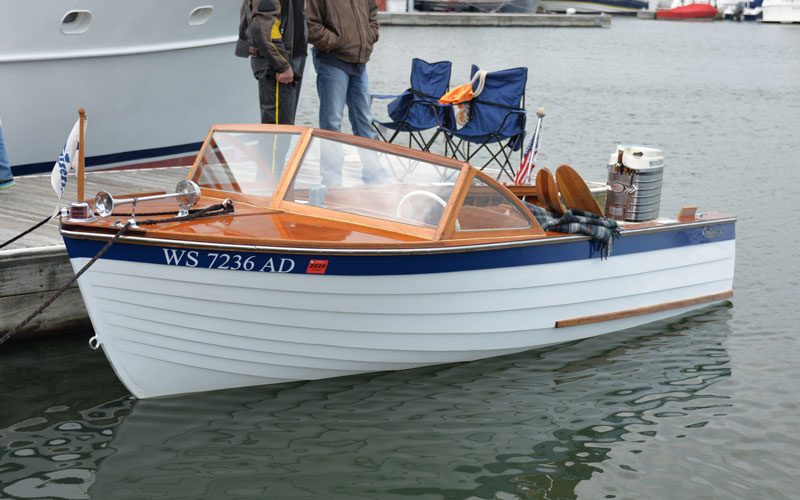 The 2017 International Boat Show in Racine, Wisconsin offered many photo opportunities for Joe Fleming including this Gold Award winning Cruisers, Inc. Commander named Buster.  Buster is owned by Jane Larson and Gary Berg.  Buster is 17 feet and powered by a Mercury Mark 75AE. 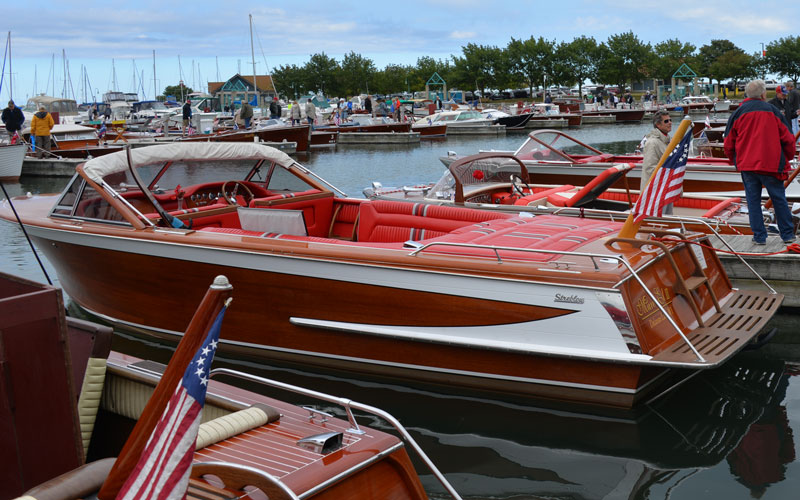 Mare El III is in the Contemporary Age Classification since she is a wooden boat built in the most recent 25 years.  Mare El III is a 2000 Streblow Custom 26′ boat with a Crusader V-drive.  She is owned by Gary and Mary Huge.  Photo was taken by Joe Fleming at ReefPoint Marina, Racine, Wisconsin.