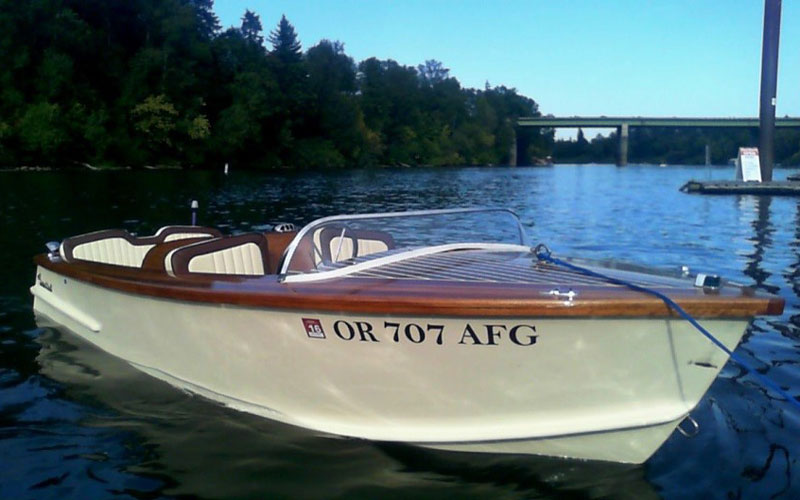 French Vanilla is a 1954 Correct Craft Atom, 15 ft with a Gray Marine 4 cylinder 95 hp engine.  French Vanilla is owned by Mike and Linda Stevens who are members of the Columbia Willamette Chapter. 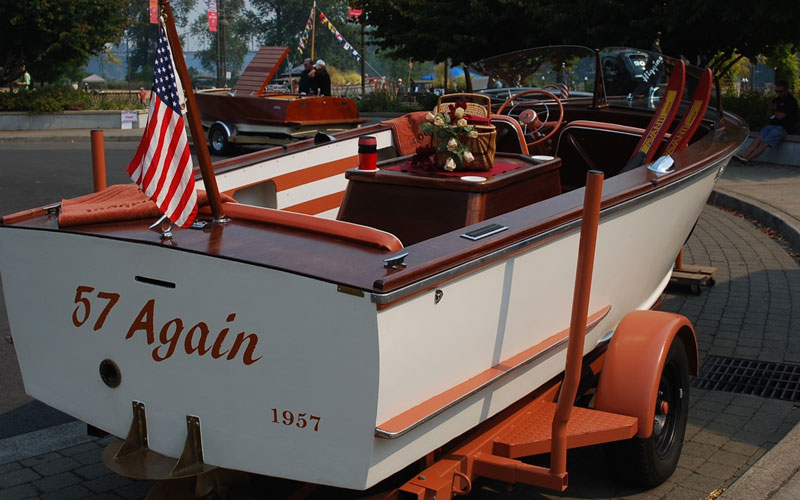 Mike and Linda Stevens also own this 1957 Higgins 18 ft Speedster.  She is aptly named 57 Again.  57 Again is powered with a Chrysler Crown engine.

Vintage styled boats are still being built – for now and for the ages. The ACBS Contemporary Age Classification inludes wooden boats built within the most recent 25 years.  Here are a few examples: 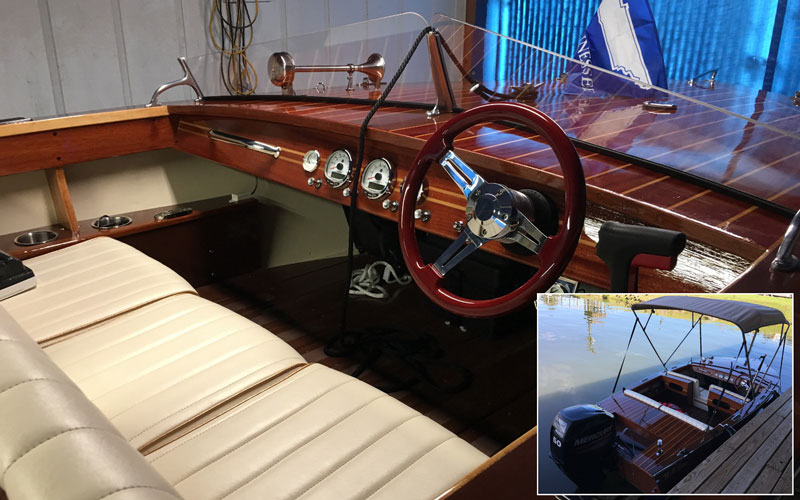 Me Ol’ China was built in 2017 from a Glen-L pattern for a 16′ runabout. This 16 ft mahogany beauty is powered with a 2016 60 hp Mercury.  Me Ol’ China is owned by Simon and Lisa Foord who are members of the Dixieland Chapter. 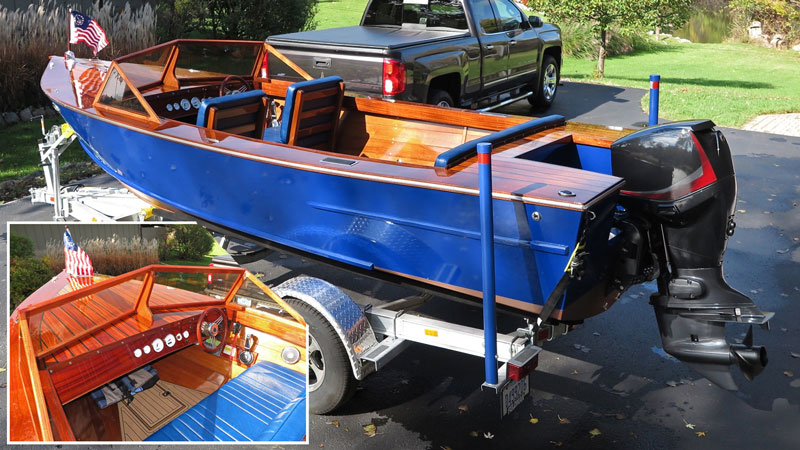 David Hurd owns this Contemporary boat built in 2016.  She is an 18 ft Down East model powered with a 90 hp Evinrude. David and Linda Hurd are members of the Michigan Chapter.

To end the Tuesday Tour today, here is an Antique. ACBS age classification for Antiques is 1919 through 1942. 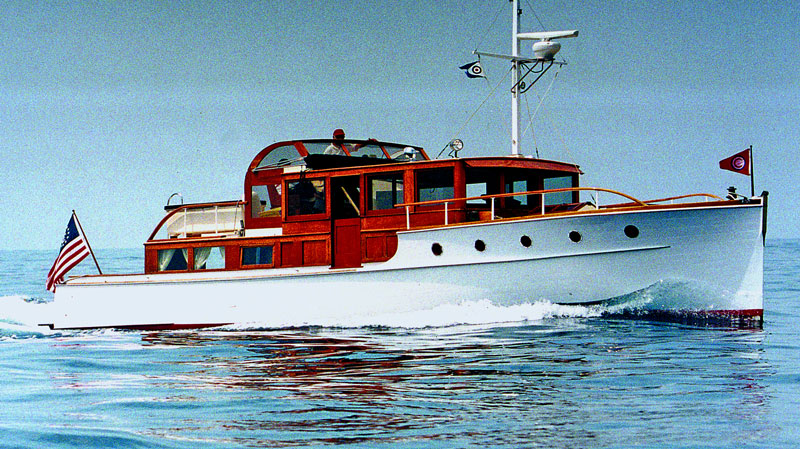 There are currently 194 1929 boats registered with ACBS memberships.  This Dawn Cruiser is one of them.  She is owned by Rick and Elissa Olson of the Southern California Chapter.  Ono is 48 ft and powered with twin GMC engines.