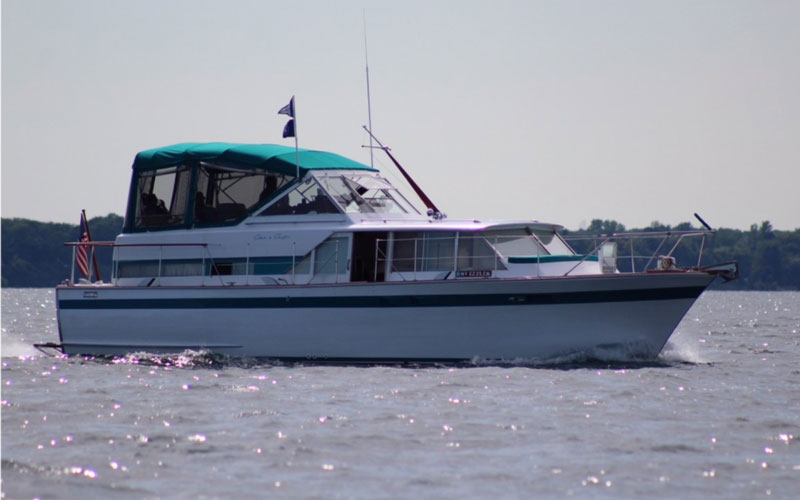 Carpe Diem is a 1967 Chris Craft owned by Ray and Lisa Tangent. Home port is Point Breeze, NY on the south shore of Lake Ontario. She has cruised the lake and 1000 Islands region extensively for the last 25 years. 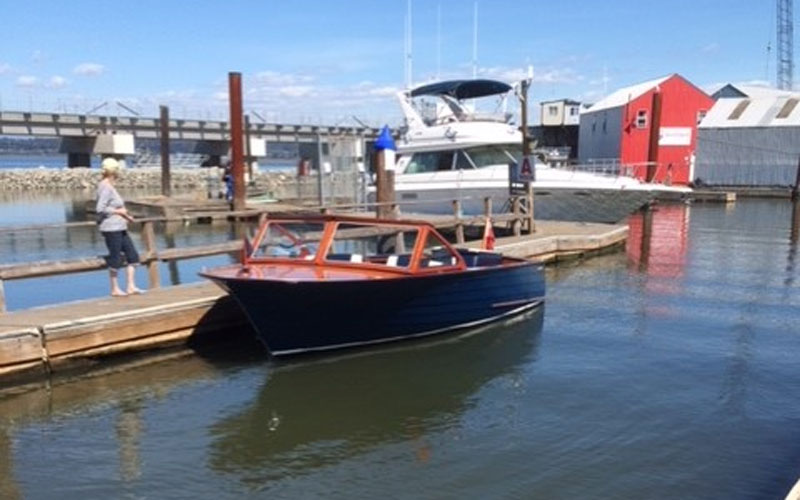 Woody is a 1964 Grew Cruiser, 20 1/2 ft, 8 ft beam lapstrake utility, owned and restored by Leagh and Lynn Gerllays approximately 30 years ago. Photo of Woody is at the launching ramp at the Crescent Beach Marina, Surrey B.C. Canada. 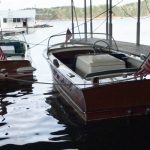 Here are slip mates.  Both boats are owned by John Steinmetz of the Blue Ridge Chapter. 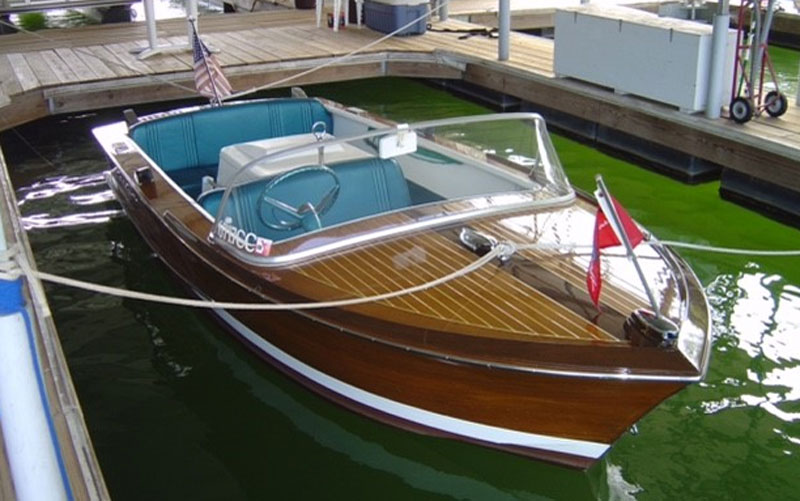 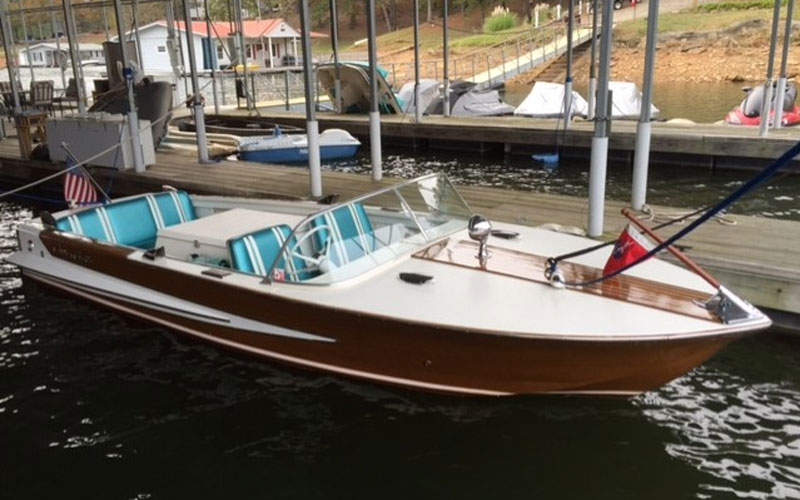 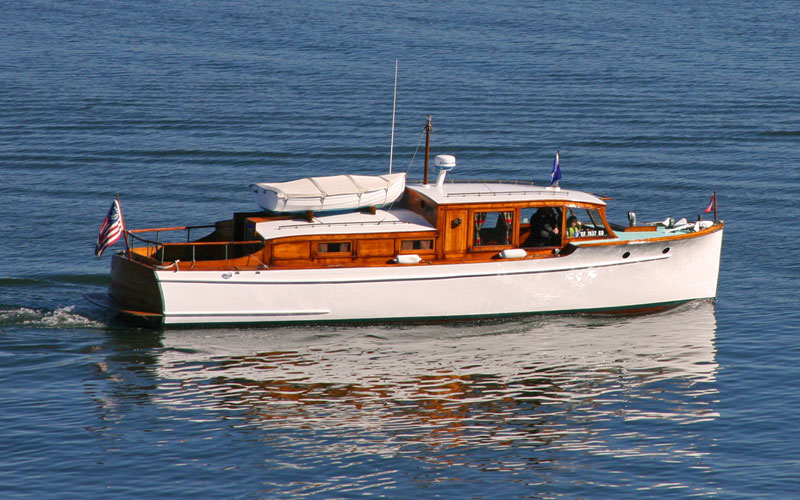 And for a grand finale in this week’s Tuesday Tour of Vintage Boats, we have this beautiful 1932 Fellows and Stewart Cabin Cruiser, 38 feet long, single 6 cylinder diesel. Built in Wilmington Calif, less than a mile away from where she’s kept in San Pedro. It’s the current flagship for the Southern California fleet of the Classic Yacht Association  John Peckham, the owner, is the current Commodore and also the past president of the Southern California chapter of ACBS. He believes Rick Olson took this photo