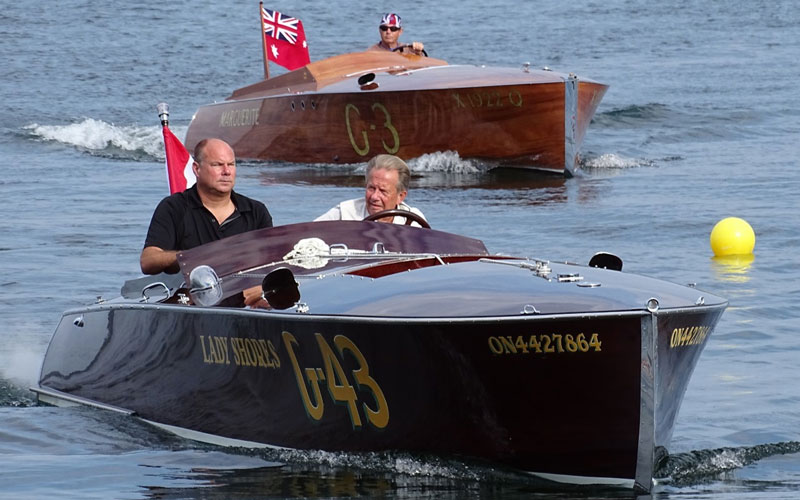 This picture was taken at the Antique Boat Museum’s Vintage Race Boat Regatta on August 20th, 2016. What makes this interesting is both of these gentleman’s race boats were built over the same period 2013-2016, but worlds apart! Lady Shores by Keith Kipp in Canada and Marguarite by Peter Cavill in Australia. The boats are based on the Miss APBA plans drawn up in 1922. Both men communicated regularly throughout the build process although they were complete strangers. The only difference besides the finish is Marguarite is powered by a General Motors high output 615hp V8 engine while Lady Shores is powered by a General Motors 510hp V8 engine. Peter said he wanted his boat to be the fastest!  Peter is driving Marguarite and Keith is driving Lady Shores with Tom Keyes riding shotgun. Picture by Graeme Hoatson Beattie, Secretary and Facebook manager of the Manotick Classic Boat Club. 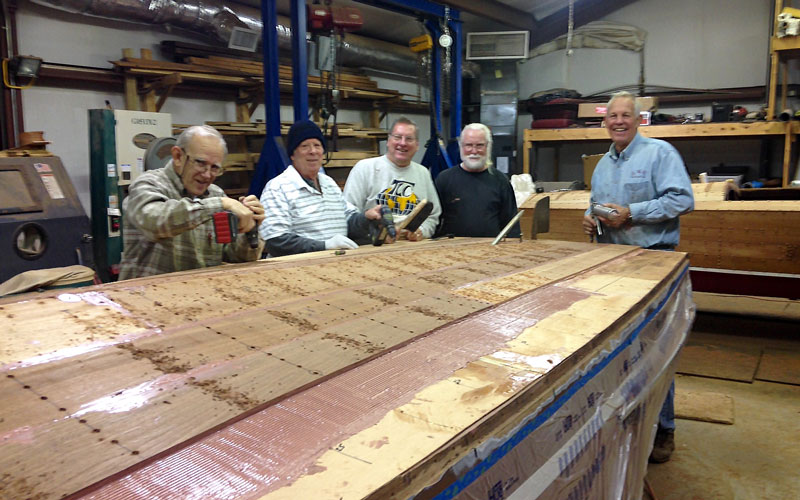 Gary Fesperman took this picture in Al Olsen’s boat shop in Hartwell, Georgia.  Five members from the Blue Ridge Chapter helped Al put on the new bottom planks on this 17 ft Chris Craft. See, we do work on boats during the off-season months in the South. 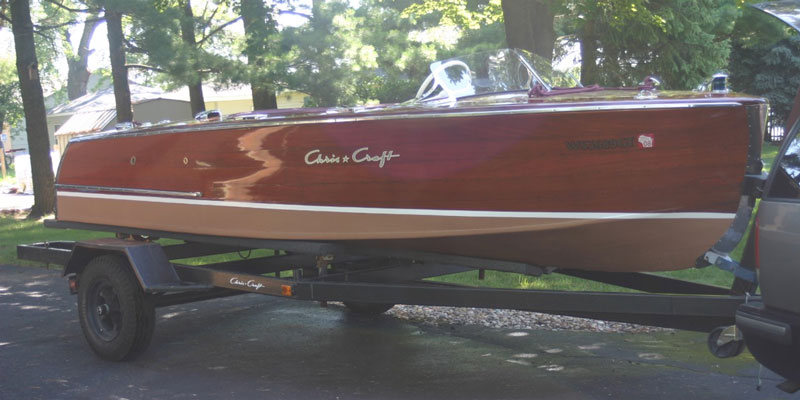 Owner and photographer of this beautiful 1947 Chris Craft 17 ft Deluxe Runabout is Valerie Stabenow of the Glacier Lakes Chapter. The boat’s name is BCWYWF (Be Careful What You Wish For).  BCWYWF is now based on Lake Winneconne, Winneconne, Wisconsin. 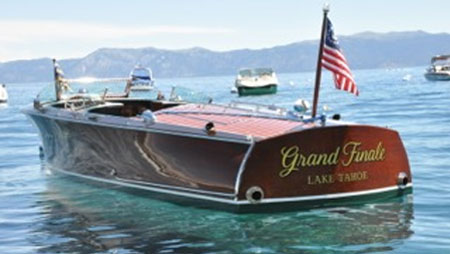 Grand Finale is a 1998 24’ HackerCraft Runabout, powered with a Crusader 350hp engine.  This boat was purchased from the original owner at Lake Champlain, New York in 2013 and restored in California.   It has won numerous awards at the ACBS South Lake Tahoe Boat Show, and a Gold Award in the 2016 ACBS International Boat Show held at Lake Tahoe.
The name “Grand Finale” was selected by its owners, Lisa and James Taylor, as it is their seventh wooden boat and they determined Grand Finale is the best and their last wooden boat. Grand Finale resides year ‘round at Homewood on the West Shore of Lake Tahoe. 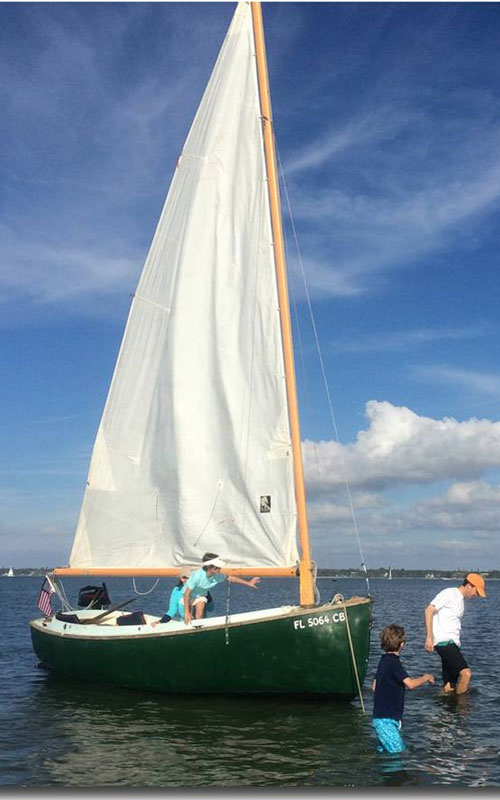 This picture of Half-a-Wake brings to mind warm water and warm sunshine and fun with a classic boat.  Half-a-Wake is a 1966 Clark Mills a 16 ft Suncat owned by Greg Walters and KC Weller of the Sunnyland Chapter. (picture from membership files)