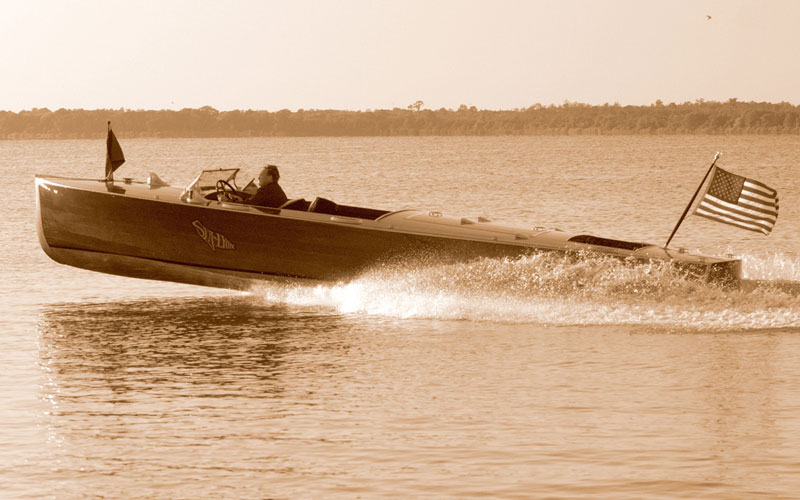 Sea Lyon is a 1929 Sea Lyon 28 ft Triple Cockpit antique boat. She runs on a 6 cylinder Scripps 202 engine. Sea Lyon is owned by Don and Teresa Kehr, members of the Sunnyland Chapter.  Will we see Sea Lyon at the Sunnyland Festival at Tavares in March? (picture from ACBS membership files) 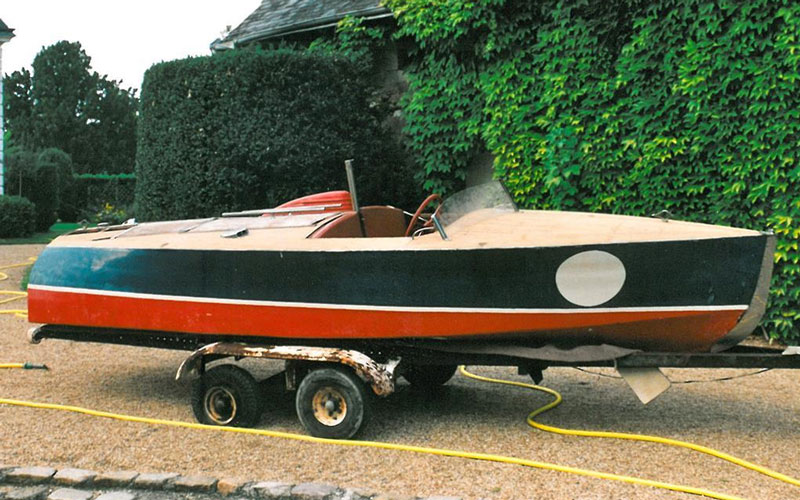 Swing was ordered in 1938 and delivered in France in 1939 just before the World War II. Swing is a Chris Craft 16′ Special Race Boat owned by Gilbert Vacheret and Severine Margalef, members of the France Chapter. She is powered with a Hercules KBL engine. (picture taken from membership file.) 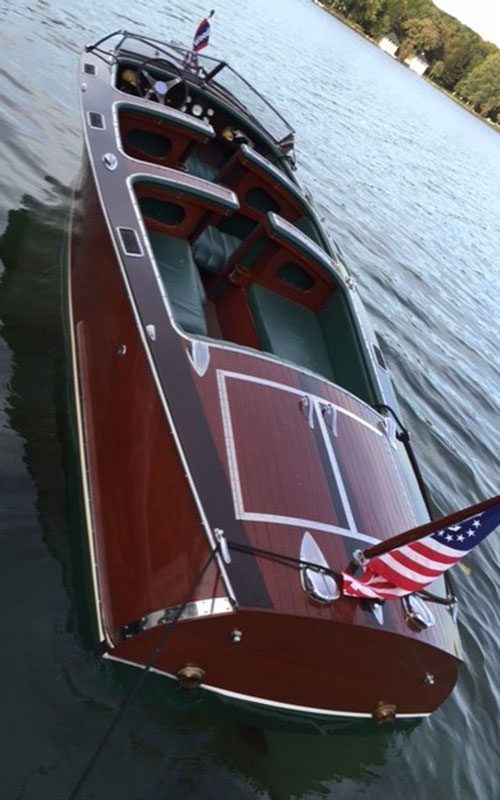 This is Turcott’s reproduction of the Garwood 1939 Streamliner triple cockpit built in 1990 by the Turcott brothers under the Garwood name and company up in Lake Brandt.  Tom Turcott found this boat at Lake Franklin, NY and delivered it to me at Pine Lake in Chenequa, WI.  Named her Gar’s Woody. Powered with a Chrysler 350, this boat is fast! Cheers, Gary Zaiser, member of Glacier Lakes Chapter. 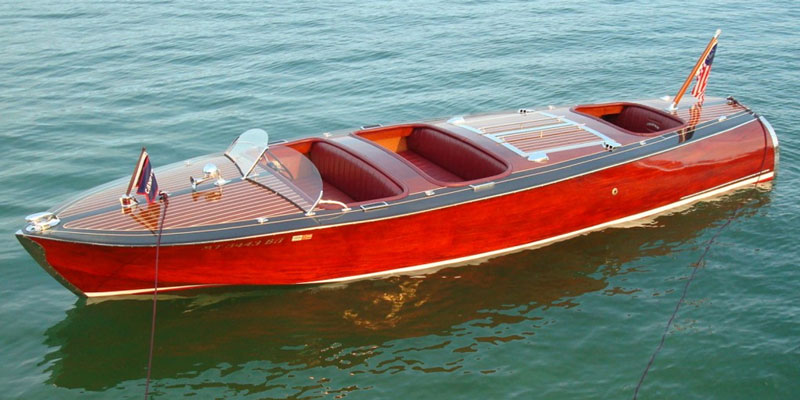 Candyman is one sweet ride plying the waters of Flathead Lake in western Montana. Launched in 2012, she is the result of a 3 year build by owner Dale Brevik of Polson, Montana. Inspired by a 1940 Chris Craft triple cockpit, Dale used Glen-L’s Monte Carlo plans to build his dream boat.

Dale’s wife is Candyce and he was the “man” that built the boat, thus the name Candyman. Dale took the picture from his dock at the southern end of Flathead Lake that Candyman calls home.  Dale and Candyce are members of the Big Sky Chapter. 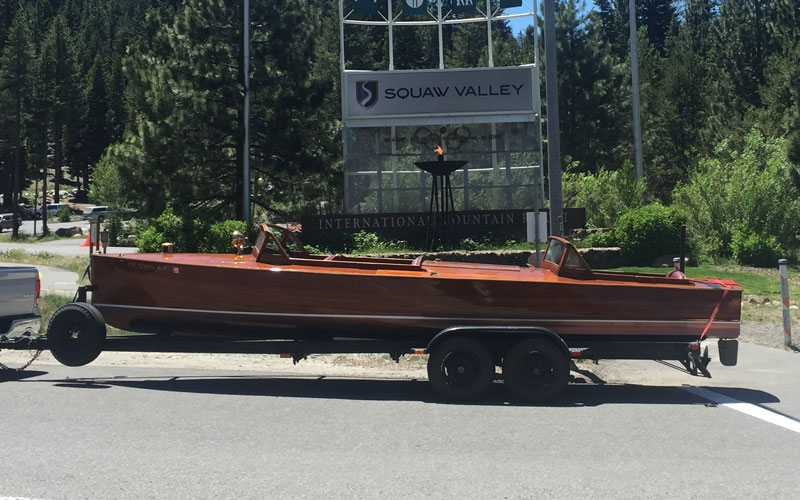 Bert Sandman says, “We have the great good fortune to own “Kanigo”, which we regularly take to Lake Tahoe in the Spring. She is a Stephens 26’, built in 1926 out of teak wood. Stephens Bros. was a regional boatbuilder in Stockton California that closed in 1986. She is powered by her third engine, a small block Corvette V-8, good power for Lake Tahoe. When she was delivered to Charles Townsend on the West Shore he named her “Kanigo”, because the kids would all run down to the dock and ask, “Can I go?”.

Alan Firth, a former owner, was asked once what was his favorite boat. He had over seventy, so that was a tough question. He said, “That is difficult to answer but I can tell this, ‘Kanigo‘ is my favorite name.”

I grew up with the sister boat “Margus III” owned by the Cotton/Knecht family at Brockway on North Tahoe. Since there are only five known to still exist, my wife Cheri and I were lucky to acquire Kanigo in 2007.” 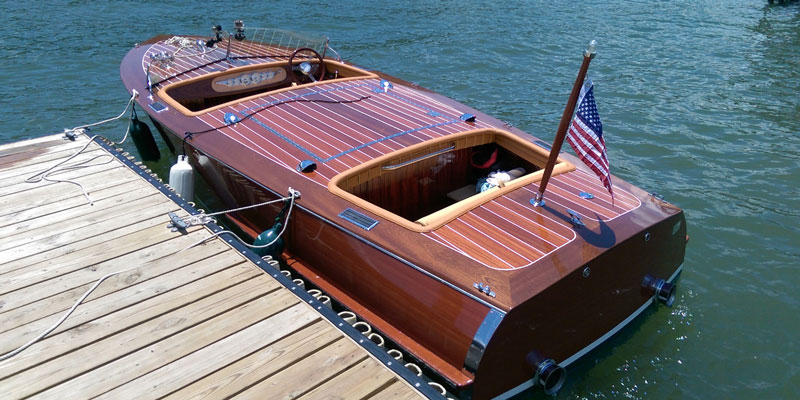 This Contemporary boat was “home built” from a Glen-L pattern in 2016.  She is 20 feet long and owned by Paul and Laura Snowden of the Southwest Chapter.  This beautiful mahogany boat is powered by a 2015 8 cylinder engine with 343 hp. (picture is from the Snowden’s membership ACBS membership file.)