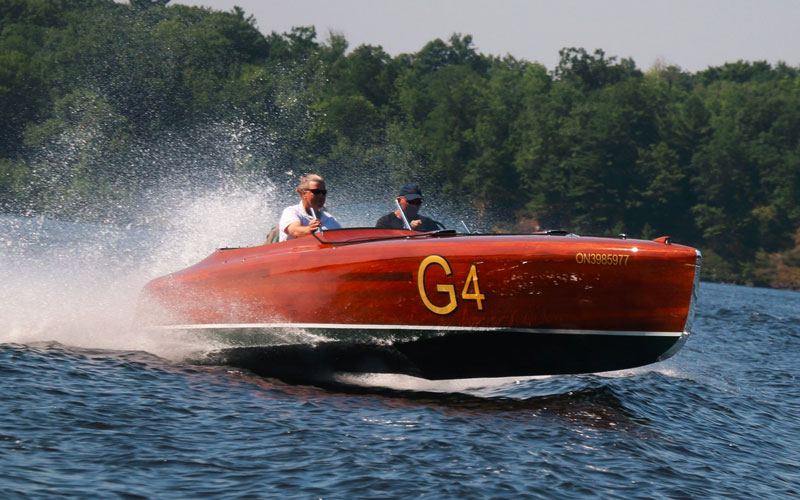 Now, in 2018, the Antique and Classic Boat Society’s Late Classic age classification adds one more year to its ranks.  Boats which were manufactured during 1976 through the year 25 years prior to this year are included.  In the ACBS membership files are 24 boats which were built in 1993 that now can be classed as Late Classic.  Here are two of them: 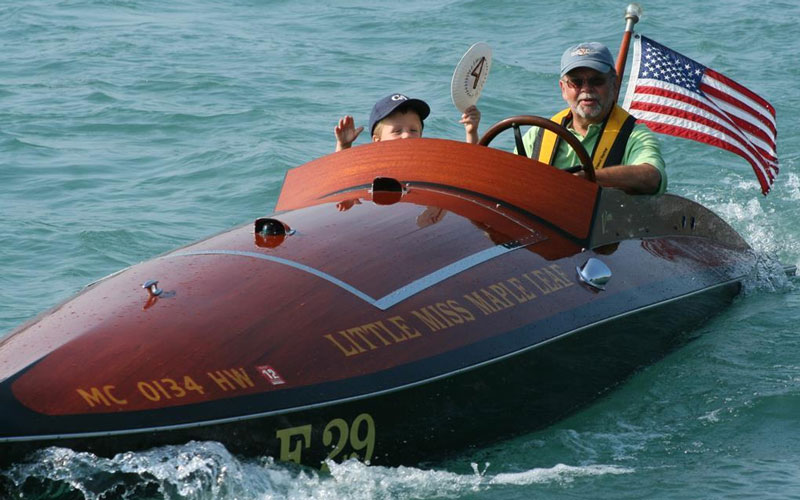 All of the boat pictures in today’s Tuesday Tour of Vintage Boats were adopted from the ACBS membership files.  When you register your boat with your membership, you are invited to upload a picture and history of the boat as well as its identifying data. 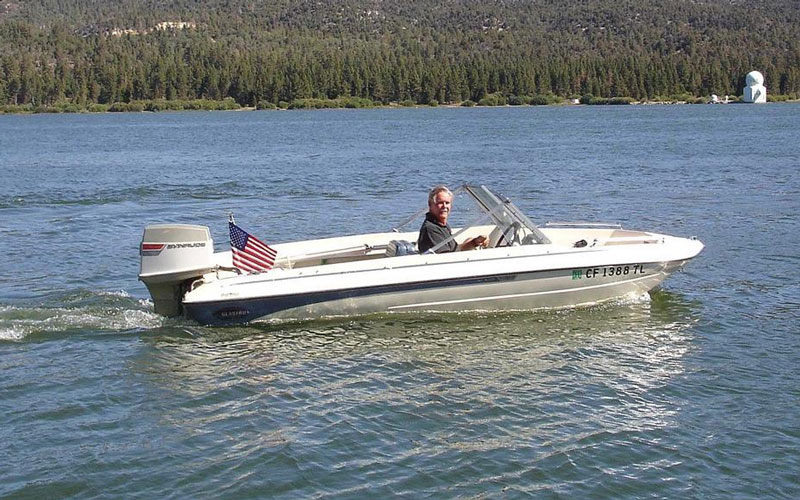 This Classic 1974 Glastron 14 ft Aqua Lift named Sparki is powered with Evinrude 70 hp engine. Sparki is owned by George and Kathie Bloomfield.  George says, “Our 1974 Glastron was purchased in Great Falls, Montana by my wife’s family in 1976.  When my father-in-law passed away a few years ago, we inherited her.  We did a bit of restoration work (actually quite a bit) by us and by Bellport Ship Yard in Newport Beach.  We are lucky to have all the original seats, tags, engine, etc. She now resides with us in Mission Viejo, CA and goes out on local lakes every summer.” 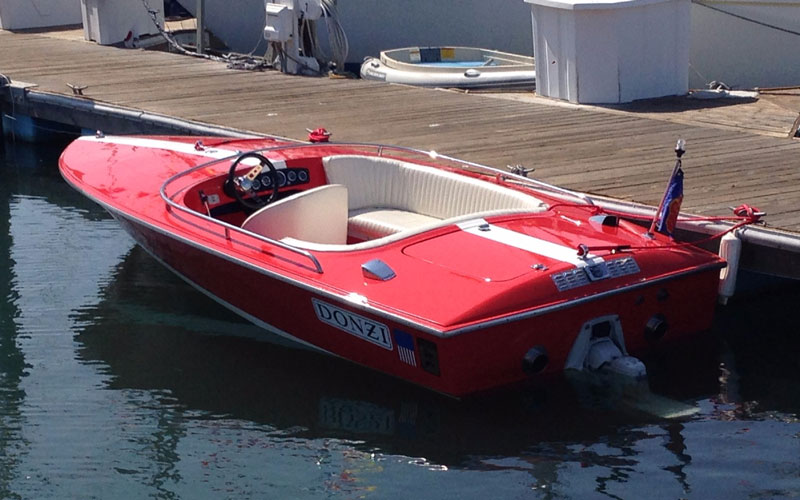 This Donzi Sweet 16 has a born-on date of 1968.  A Classic, she is powered with a Ford 8 cylinder 300 hp engine! The Donzi is owned by Chris and Nancy DeNardi. 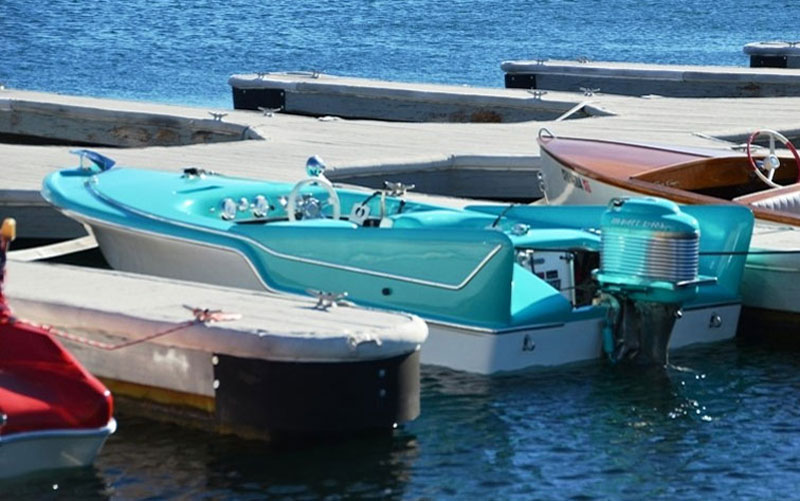 A head-turner for sure, this 1958 Glassmagic 14ft Playmaster is named Runaround Sue. She is powered by a 1958 Mercury Mark 58. Runaround Sue is owned by Mark Bigenho and Sue Bachle. 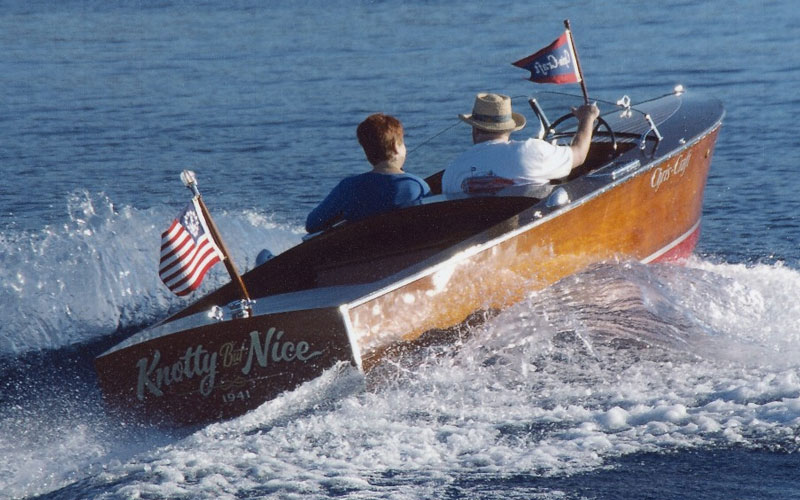 Today’s tour ends with an Antique 1941 Chris Craft model 100 owned by Rob and Maggi Cassell. Knotty but Nice is 15 ft long with an inboard 1941 Hercules B engine.