The Tuesday Tour of Vintage Boats is led today by new Long Island Chapter members Fanny and Matt Kleisler.
After a great deal of searching as an adult for the same boat from his childhood, he ran across one that seemed to speak to him. In 2015 Fanny and Matt purchased a Viking 23. Built in Croatia around 1958, it was discovered that it was built not only in the same yard as the boat he grew up on, but by the same craftsmen.
Since 2015, Cuttlefish has been worked on extensively. In 2017, she enjoyed her first sail after sitting on a trailer for over 10 years. There is a great deal of work to be done but each year she will be put in and enjoyed.

Video is being shared by Graeme Beattie of the Manotick Chapter. “Driving Frowido II is my cousin, Thom Besch, whose family has owned the boat since built. I am wearing a blue t-shirt and khaki shorts. I edited 4 videos (2 taken by me and the other 2 taken by my cousin, David Peake). Frowildo II is a 1932 29′ launch built by W. J. Dowsett of Portland, Ontario. Her original 6cyl Jounior Gold Cup engine was replaced in the early ’70’s by a 1949 6cyl Pontiac engine. Videos taken in July 2015 on Big Rideau Lake part of the Rideau Canal, a World Heritage Site.” 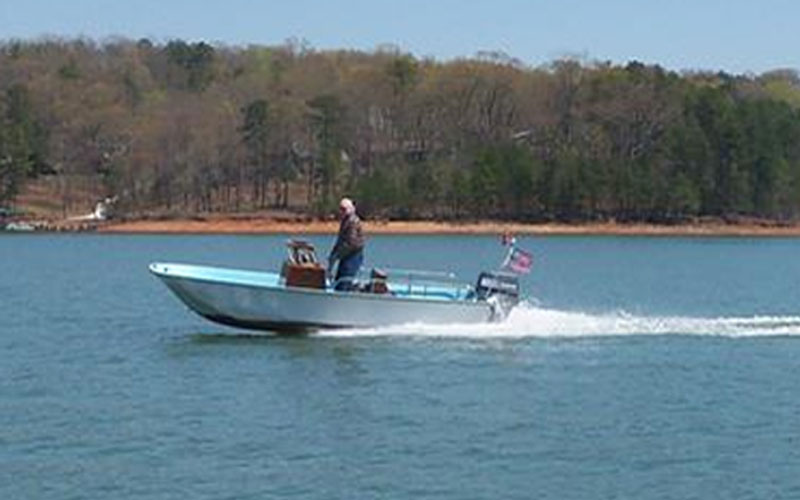 Knotty Buoy was purchased in Oxford, MD in August of 2007 by Joseph Beck, member of Blue Ridge Chapter. He began working on this 1971 Boston Whaler 17′ Montauk in his spare time. The Gelcoat work was done at Troy Masters. The console and seat Kit was shipped from a group in Southern California, assembly required. This picture was taken at Knotty Buoy’s relaunching in 2013. (photo from ACBS membership file) 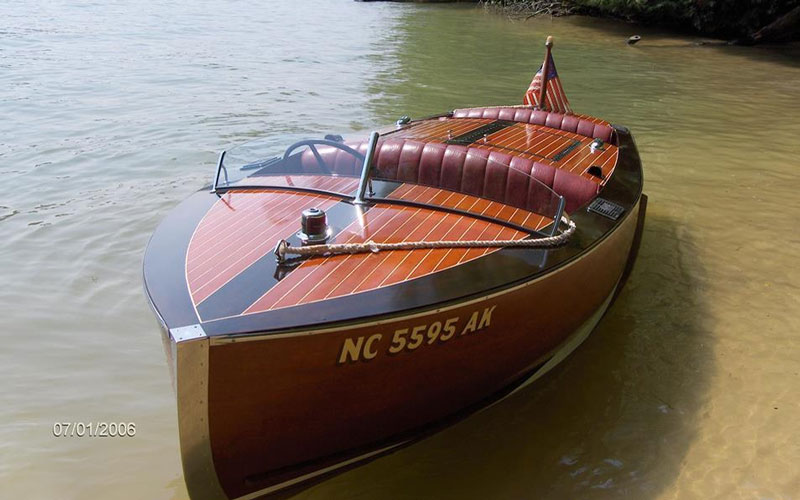 Breakaway is owned by James C. Hanrahan, Jr.  She is an Antique 1939 Century Sea Maid, 16 ft.  From a spec sheet by Century included in the membership file is this quote, “Designed and Built by Century for Particular People“.  The same is true today!