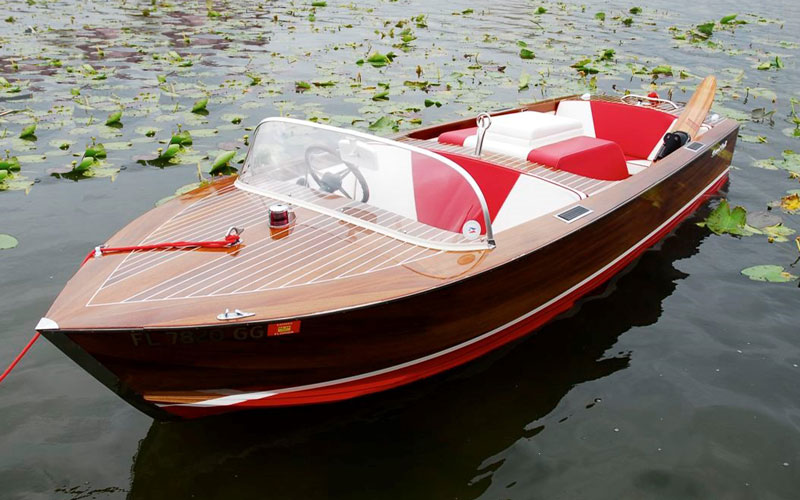 Today’s Tour of Vintage Boats starts with Skidaddle, a 1962 Correct Craft Compact Skier. She is 16 feet long and pictured here on Mirror Lake in Lakeland, Florida.  Photo by Brandon Baker. Skidaddle is owned by Bruce Kester, Past President of the Sunnyland Chapter of ACBS.  You will see her at the Sunnyland Boat Festival March 22-24, Tavares, Florida.

Have you registered for this year’s Sunnyland Boat Festival?
Click here for details and registration information

Lucky Debonair is a 1965 Century Sabre. The 18′ Century was photographed on Table Rock Lake by Forrest Bryant. Lucky Debonair is shown here with owner Adam Leigh at the helm and Josh Jagger. The boat originally belonged to Adam’s grandfather. Planked with African mahogany, Lucky Debonair has a fiberglass cap and a gull wing top. She is powered with a PCM Chevy 315 hp engine. 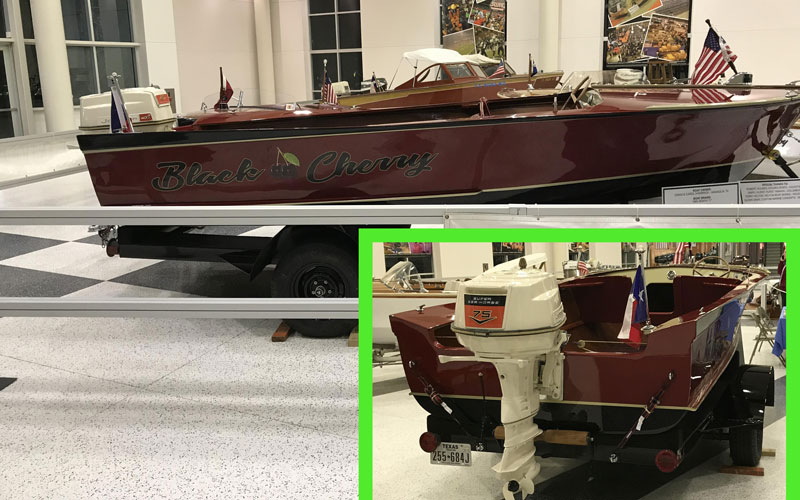 1960 Sea Fly was part of the Southwest Chapter display at NRG Houston 2018 Boat Show. Owner Craig and Carol Hambrick are from Magnolia, TX. The 17 foot Sea Fly has a 75 hp Johnson 1960 Outboard Motor and a new custom Lift Roller Trailer with Wood Rollers. 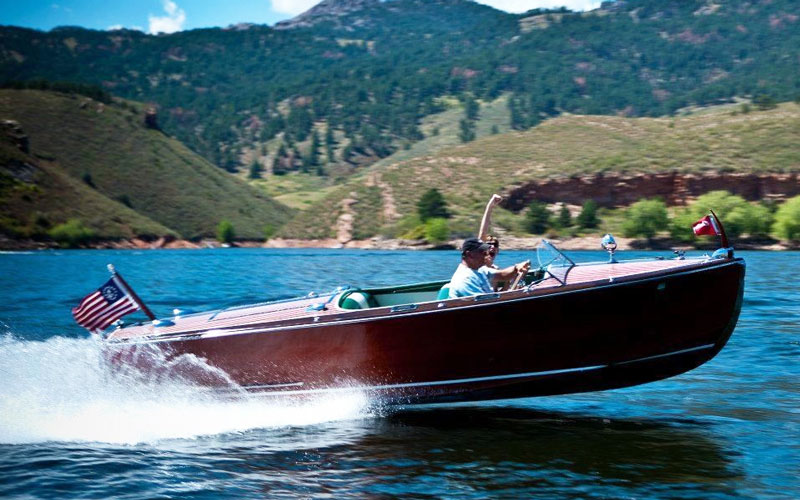 Ain’t She Sweet is a 1949 Century 19′ Sea Maid owned by Michael and Diane Vannier. They are members of the Rocky Mountain Classics Chapter. Ain’t She Sweet is powered with a Chevrolet 350 V8 Small Block. (picture from ACBS membership files.)