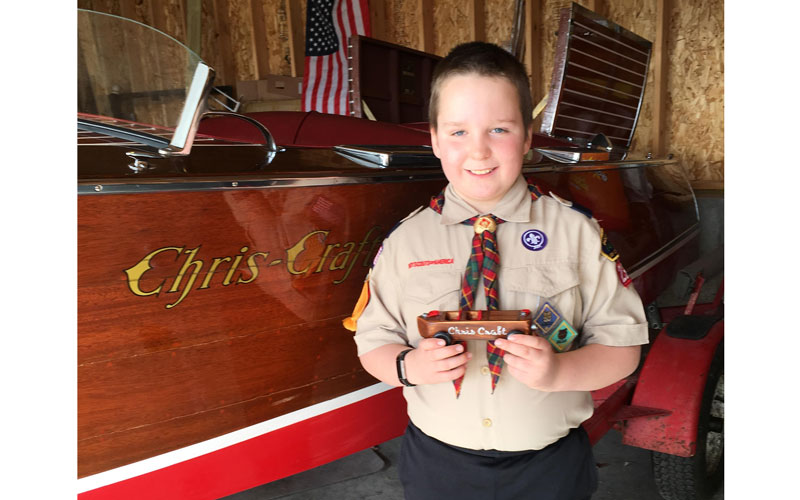 John Kiernan shared, “This year my wife (Marie) and I purchased a 16 foot 1936 Chris Craft runabout (Echo). Jack, our 10 year old son, is very excited about our first wooden boat and decided that for his cub scout pinewood derby car he wanted to make a model of our new boat. Enclosed are the pictures of his project. We are looking forward to getting our new Chris Craft in the water for the first time this Spring at both Sackets Harbor, NY on Lake Ontario and Laurel Lake in Endless Mountain region of Northern PA.” 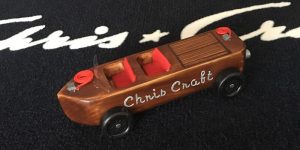 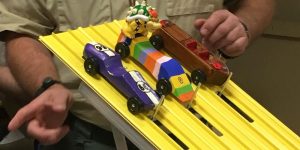 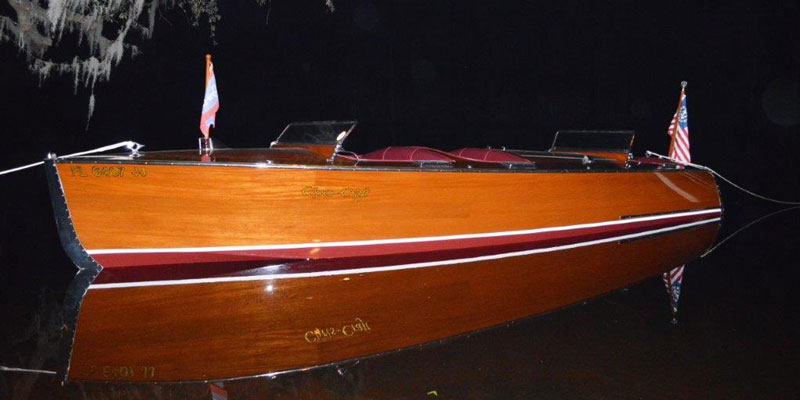 Majestic will be leading the St. Johns River Cruise SOUTHBOUND March 18th – 22nd which opens the Sunnyland Boat Festival. (Both River Cruises and “Beach Party” in Tavares Registration is available by clicking these links.  Now is the best time to do that!)
Majestic is a 1936 Chris Craft 22′ Triple Cockpit owned by Guy and Laurie Marvin.  Guy reports that this picture of Majestic was taken at night by Mark Brundick on Black Creek, a tributary of the St. Johns River.  She is just finishing up a new varnish job this weekend getting ready for the big event.

The Herkananda is a 1941 Chris Craft, Model Green & White, the “original picnic boat.” Six hundred were built, all green and white. The boat is owned by the Valpey family and has been in the family for over sixty years. The boat is still operated on Lake Winnipesaukee in New Hampshire where the boat was sold new by Irwin Marine in 1941.  The photo of Herkananda was taken by Ron Valpey on Lake Winnipesaukee with the White Mountains in the background. 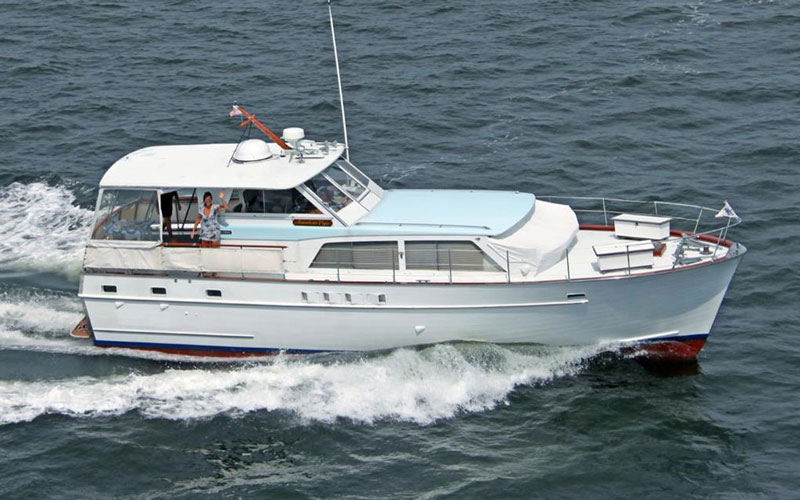 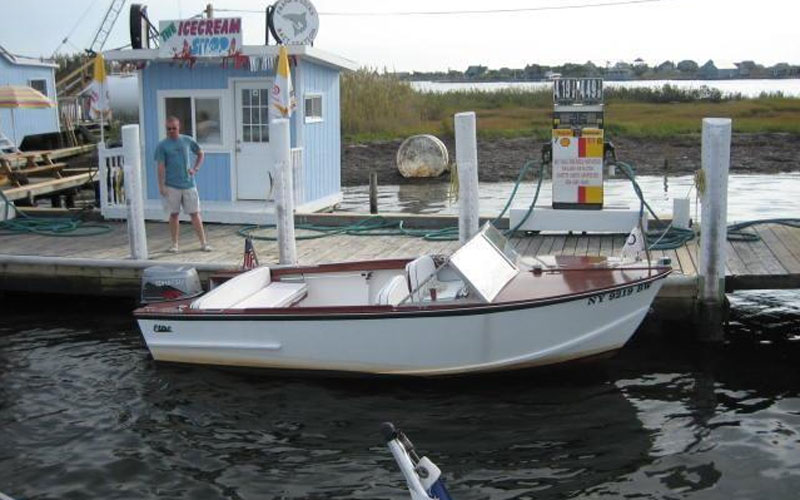 Stormy C is a 1968 Eltro 17′ Runabout owned by Chris Almond, also a member of Long Island Chapter.  Stormy C’s owned reports in the ACBS membership file, “Stormy C was built in Islip, Long Island in 1968. As far as we know the boat has never left the South Shore. Rediscovered in a boatyard in Babylon, she was restored with much help from the prior owner and marine carpenter Roger Holzmacher, Stormy C found her way back into the water in 2008. All finish work including the varnish [14+/-coats] done by the owner Chris Almond.”Stormy” lives in the water all summer in Babylon and can often be found at “Frank N Dicks” [Hopefully they’ll rebuild after Sandy wiped them out!], Fire Island, at the Maritime Museum in West Sayville, or at one of the several dockside restaurants on the water from Babylon to Patchogue. Stormy gets around!
The boat’s deep-v design helps her cut through the famous Great South Bay chop quite nicely. Everywhere we go with “Stormy” someone seems to have an Eltro story of their own. Hard to believe there are so few of these and her larger siblings out of the bay anymore! Truly a great little boat. Hopefully, more of them can be found, fixed and put back on the water!”
Click here for another Eltro story. 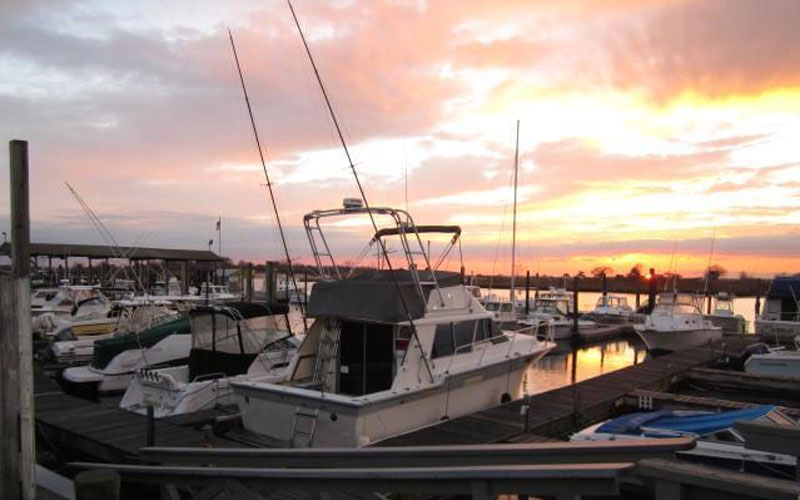 Robert and Laura Almond own Adagio, a Late Classic 1985 Silverton 34.  Here is her story from the ACBS membership file:  “We are the third owners.  She’s a tough boat, born in New Jersey and having spent all of her days in Brooklyn waters, there was no way she was about to take any guff from a storm with a silly name like “Sandy”.  She survived Hurricane Sandy in the water and unscathed.  Many other boats in the yard were damaged or lost, no matter if on land or in the water.  All kidding aside, we and she were very lucky.  We’re hoping for future great seasons for all of us on the Long Island’s south shore.”