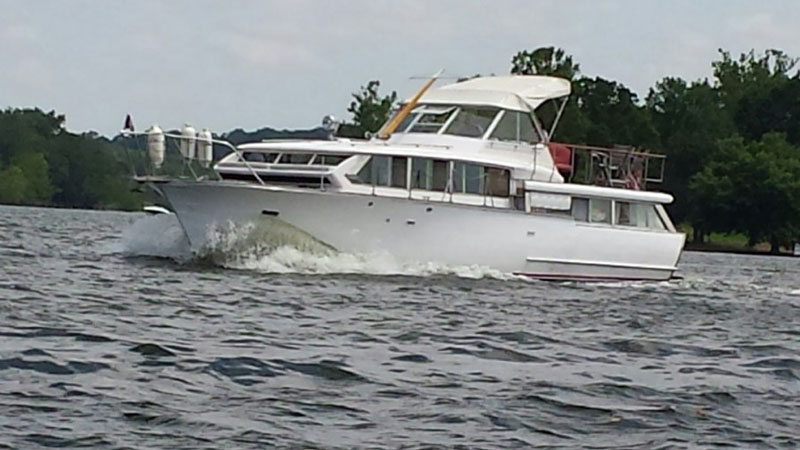 Enjoy this Tuesday Tour of Vintage Boats!
Then send your boat’s picture in for one of the next Tuesday Tours. (directions below)

The boat featured above is a Classic 1967 42′ Owens Aruba named Lake Affect owned by Jerry & Becky Caddell. The home port for this boat is at Shell Knob, Missouri on Table Rock Lake.  Lake Affect has a double planked mahogany hull, with twin 327 Chevy Flagship engines. 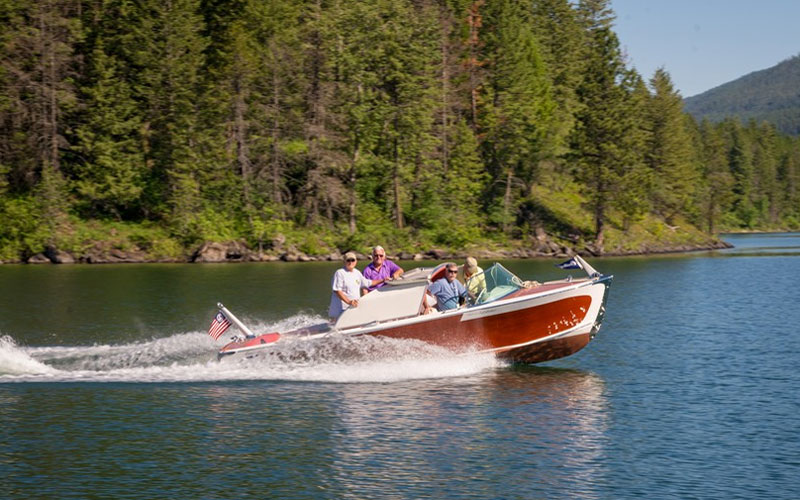 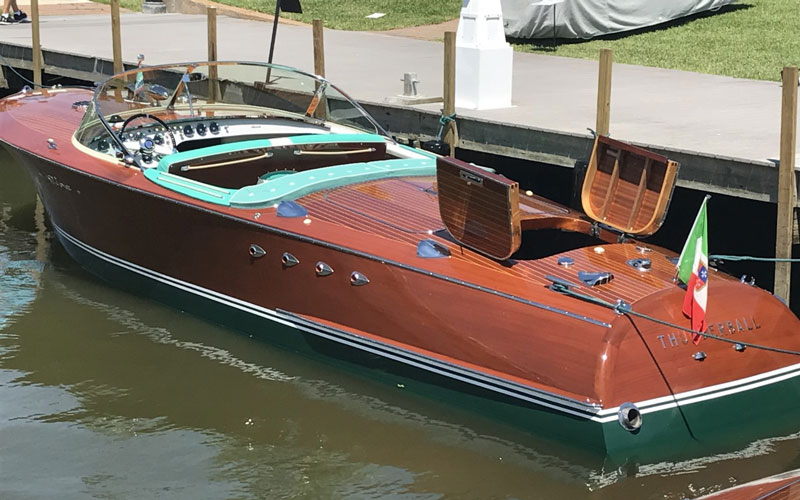 1959 26′ Riva Tritone, number 89 of 257 built. After many years of neglect, THUNDERBALL is now completely restored. Home base for it is Altus, OK where owners Clay and Patty Thompson live. The pictures are at the Houston Keels and Wheels boat show at Seabrook, TX. 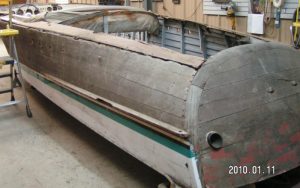 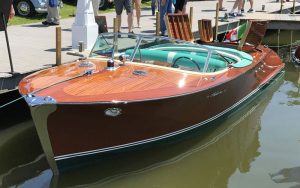 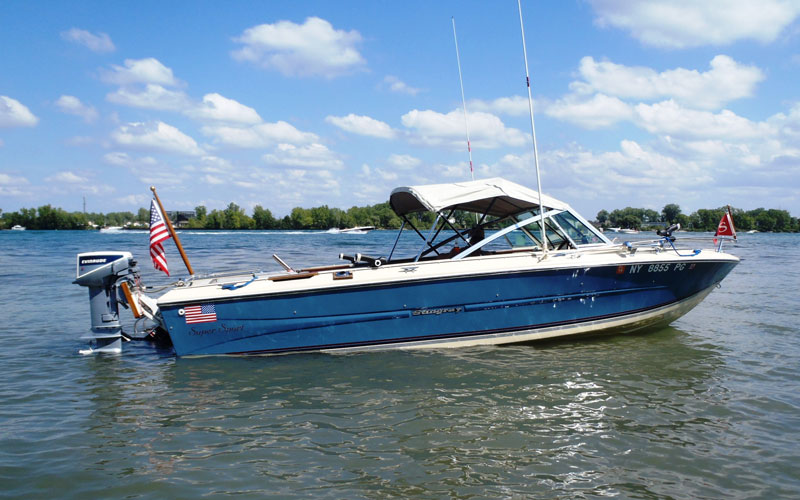 1984 Stingray 190SVB. She is in her 34th season – garage stored since new and never spent an overnight in the water. All original including canvas. This Stingray is owned by Jim and Deborah Seufert of Wheatfield, NY
She was delivered to the dealer in December 1983 during a massive snowstorm. We had to wait a week until the roads were cleared to get her home. She lives in a custom built garage, and trails behind a dedicated period correct towcar.

The First Mate of the 1984 Stingray 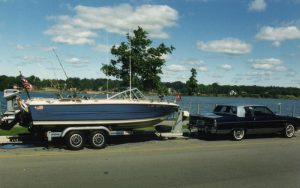 “Huckledybuck”, a 1953 Shepard Sportsman owned by Tom and Janet Cathcart of Redmond WA, cruising past the Lodge on Whitefish Lake, MT. photo by Wes Yandt 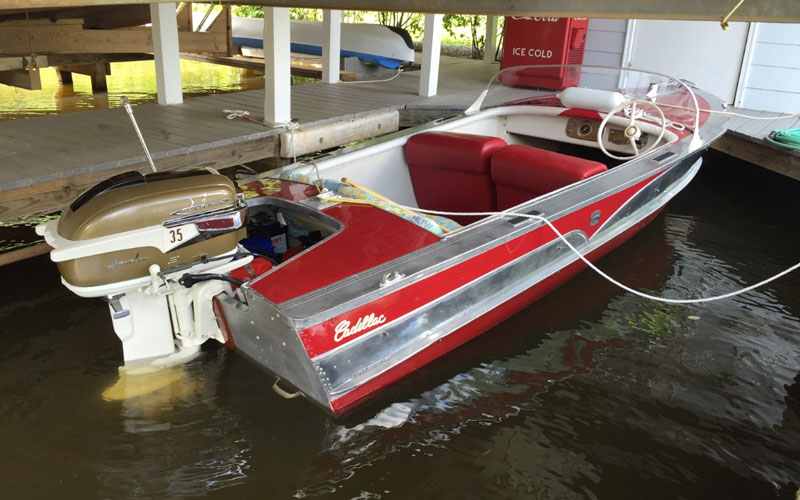 1957 Cadillac with 1957 Johnson Javelin. Both restored in 2015 by owner Jim Alexander RDC Triangle 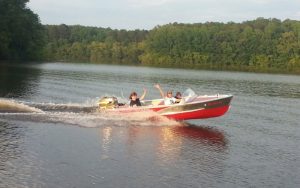 BTW, Jim Alexander explained that Cadillac Boats were named for Michigan city, no connection to GM’s Cadillac. Thanks, Jim.