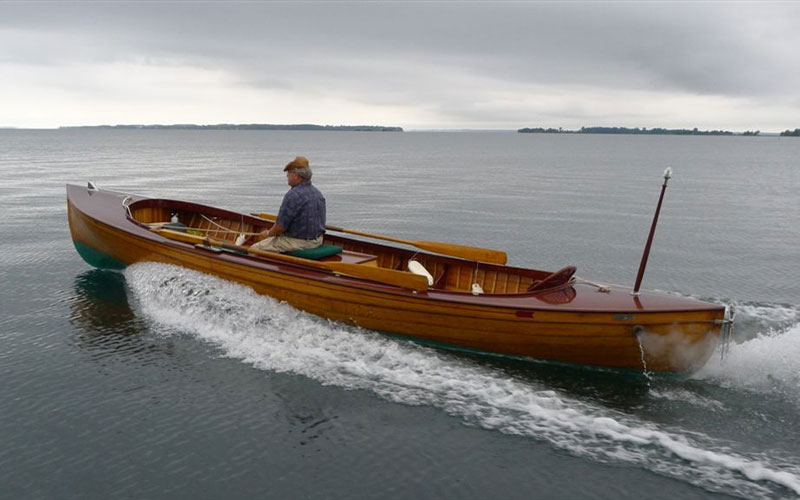 Tuesday Tour of Vintage Boats begins with Minnehaha (above).  She was ordered in 1921 from Clayton NY builder Burritt L. Wiswell by Bruce Devine’s late grandfather Stanley Livingstone Woodman, a Wolfe Island Ontario fishing & hunting guide. She worked as a guide boat from 1923 up until 1960 when she was retired & stored. Sometime around 1980, she was sold & left Wolfe Island. 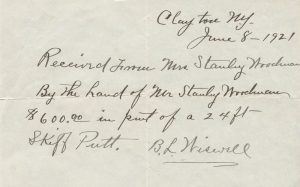 In 2006, Peter Kreissle located Minnehaha at Muller Boatworks of  Sunapee NH. Bruce Devine purchased her & returned Minnehaha to her original boathouse on Wolfe Island where she is enjoyed each season. 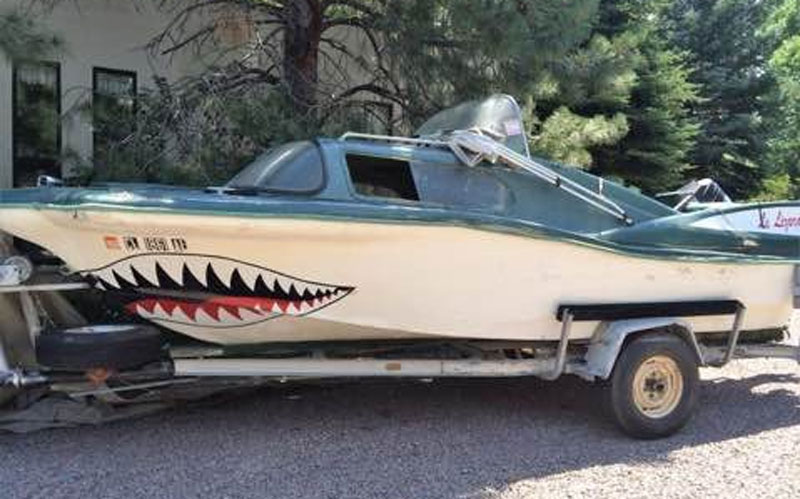 This was my dad’s 1957 Carribean Cruiser Lone Star fiberglass fin boat with an outboard Mercury motor. It was originally built in Texas. My father- Bill Jackson raced it between the islands when he lived in Venezuela and Port of Spain Trinidad when he was in the oil business.  He won several trophies. After he passed my son Liam and I are trying to figure out how to restore it. Dad had an artist paint the flying tiger jaws on the hull ( he went to LSU and is a tiger fan) and he called it The Lizard. I’ve only found two others that exist so far. You can see the fins on the back.  We would sleep in it when we were kids and it has a hatch on the deck and a nose like a dolphin. 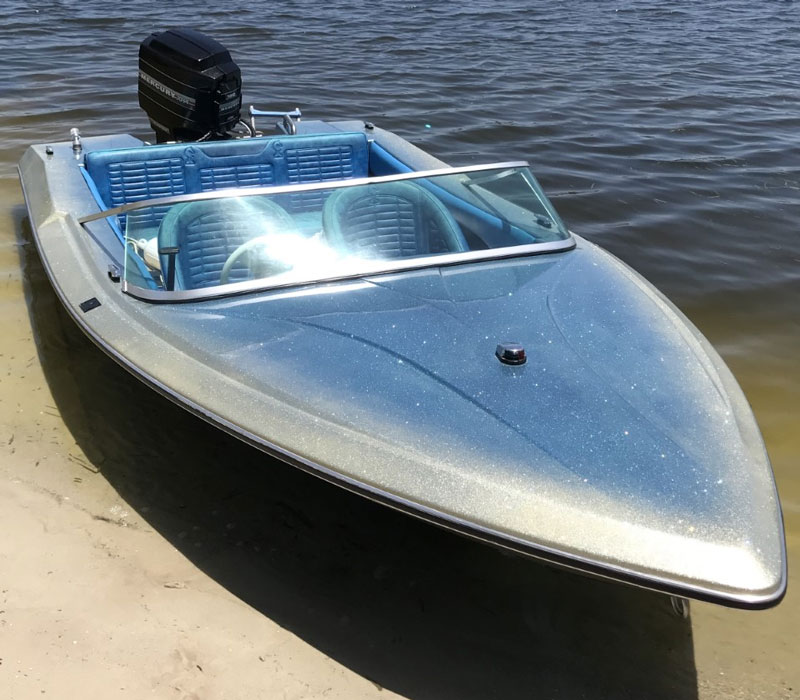 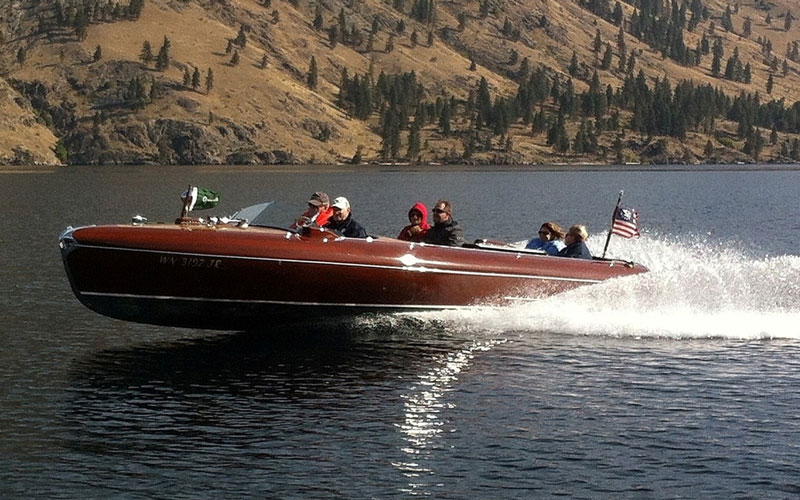 1955 Greavette Streamliner, Jezebel, at speed on Lake Chelan, WA, during the 2014 Mahogany & Merlot event. The boat is powered by a Chrysler Hemi marine engine. Jezebel is owned by Al and Sandi McEwan. 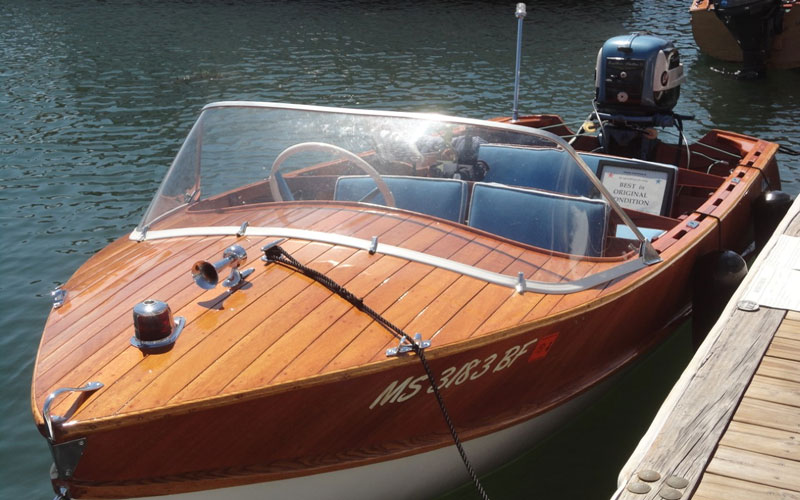 !952 Wagemaker Wolverine 14′ Deluxe Model # 3 with a 1957 35 hp Electric Start Evinrude.  Ted Chisholm owns this true “barn find” after it had been in the barn for 50 years.  He purchased it from the original owner’s son. Original finish stripped and seat backs and cushions were added. All wood, windshield, engine, most of the chrome remained in original condition…No original wood was ever replaced…Hence it won Best in Original Condition @ Salem, MA Antique and Classic Boat Festival 2016.
Wagemaker predates Cadillac boats. 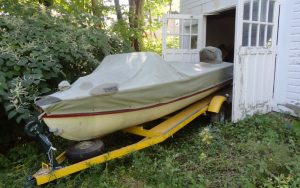 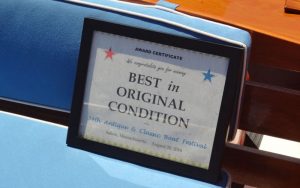 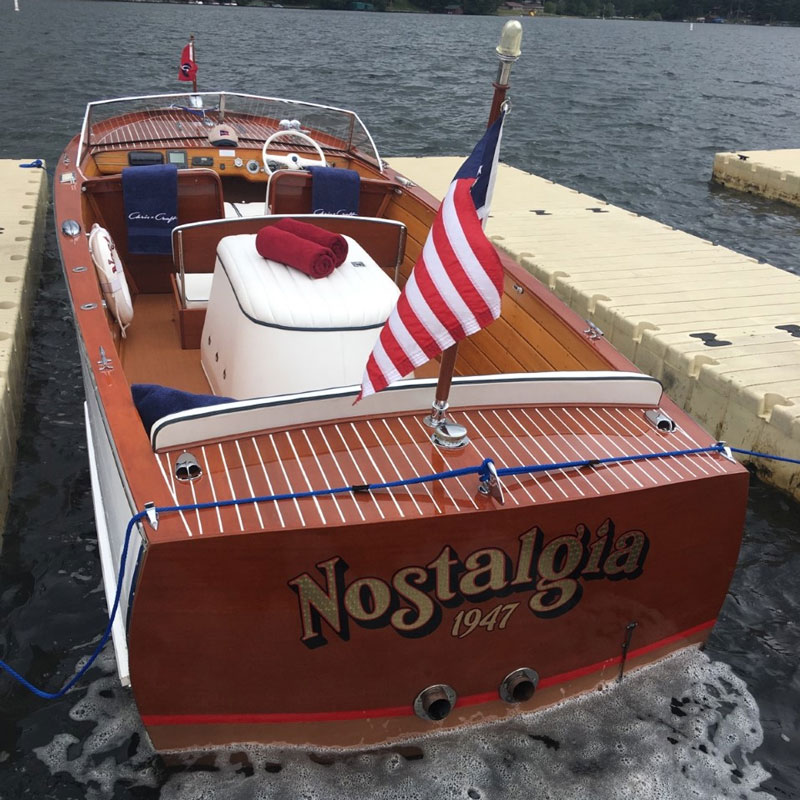 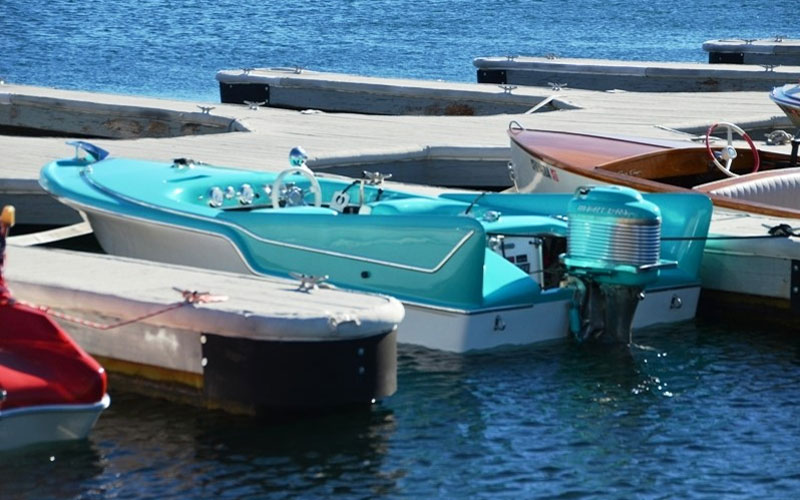