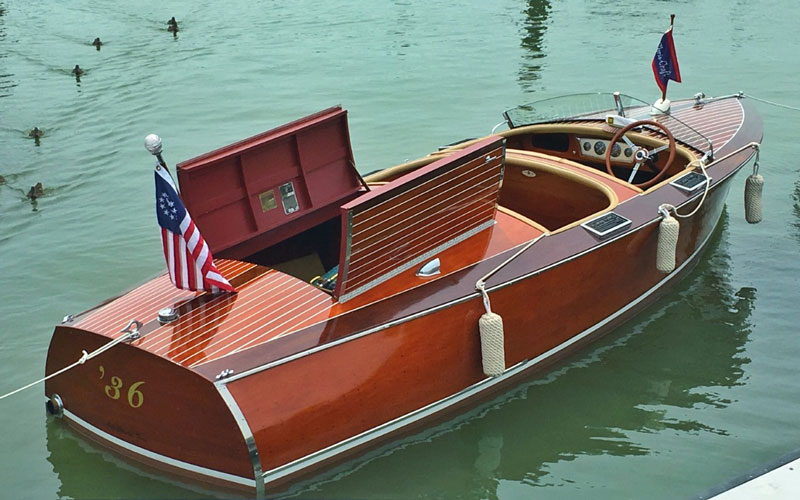 Tuesday Tour of Vintage Boats begins this week with an antique boat named ’36.   ’36  is owned by Charles and Cindy Still who are members of the Southwest Chapter of ACBS.  This 1936 19′ Chris-Craft  Custom Runabout won Best in Class at this year’s Keels ‘n Wheels in Seabrook, Texas. The engine is a Chrysler M-I Crown flat head 6. We keep her at Lake Cherokee in East Texas. 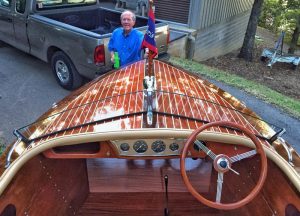 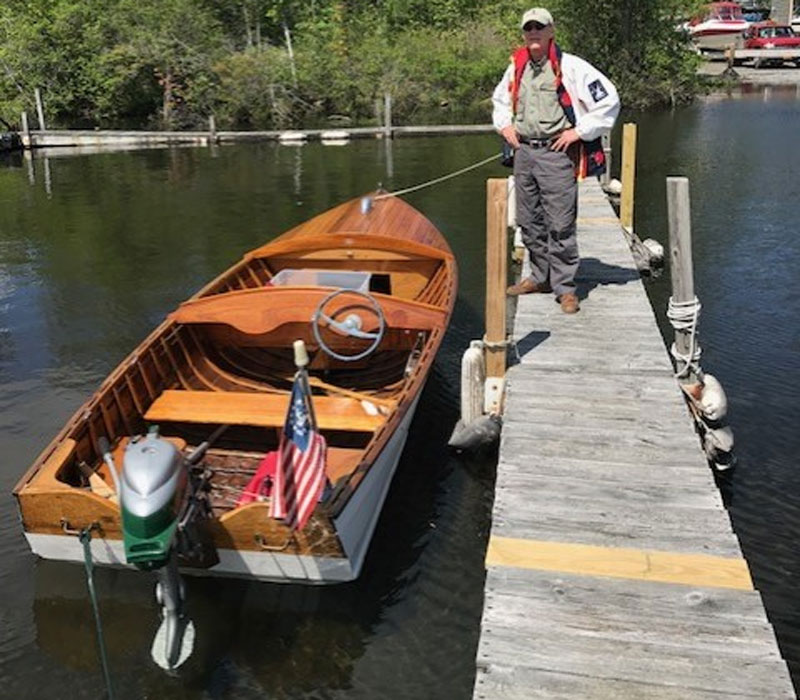 1954 Old Town 13-1/2 foot Runabout with 1954 Mercury Mk25 outboard, located in Bolton Landing, NY on Lake George. She is owned by Jim Behan & Dodie Farmer who are members of Adirondack and Sunnyland Chapters. 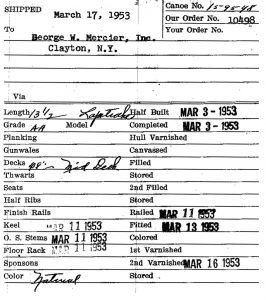 Adding to her value is the original Build Sheet from 1953. Except for refinishing around 2003, she is original. 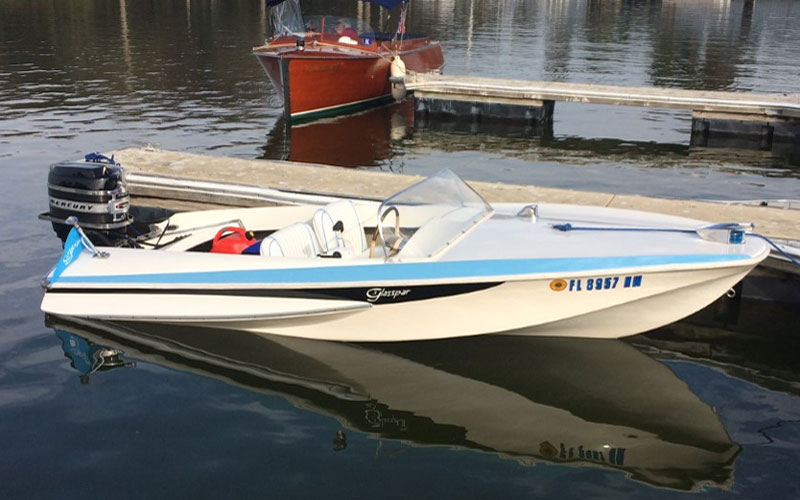 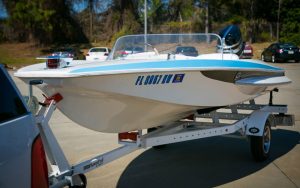 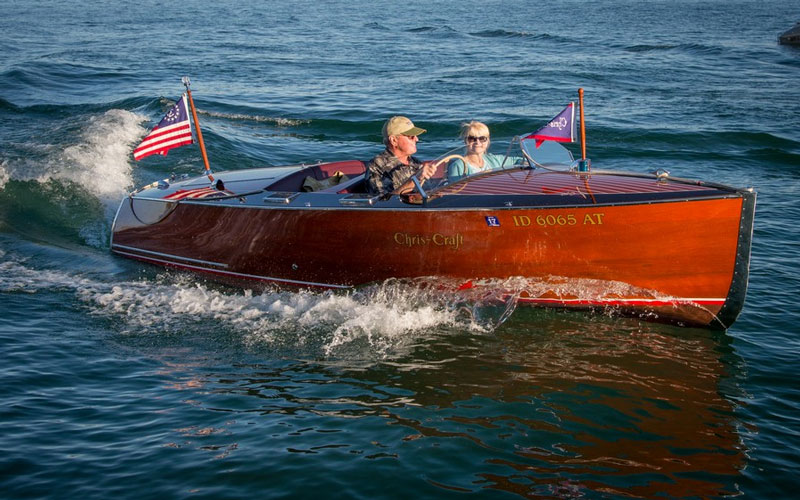 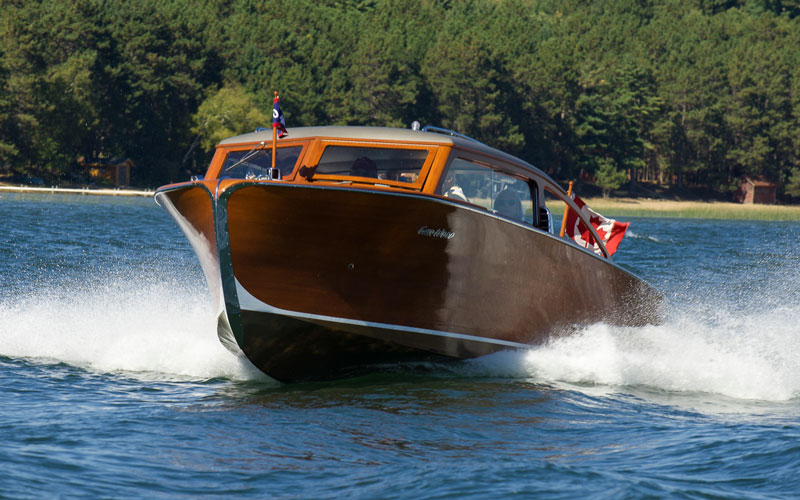 End of the Line is a 1946 Gar Wood Sedan owned by Paul & Karen Harrison. Photo from Woods And Water 2015 courtesy of Freedom Boat Service/Dave Bortner.