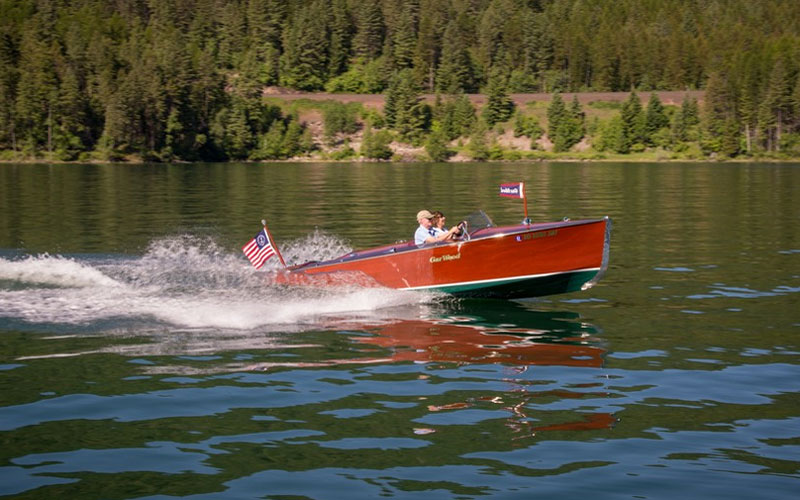 The Tuesday Tour of Vintage Boats is lead by Mollie, a 1932 Gar Wood owned by Nevin and Elizabeth Bryant of Coolin, ID.  The photo was taken by Wes Yandt at the Big Sky Chapter’s Woody Weekend on Whitefish Lake in Montana.

Check back in for tomorrow’s post which will showcase the “Best of 40 Years at the Les Cheneaux Islands Show“. Feature Boat at the show was “Garfield”1932 33’ Garwood owned by William Parfet Bay Harbor, Michigan. This picture was taken at Hessel, Michigan by Allen Papendick. 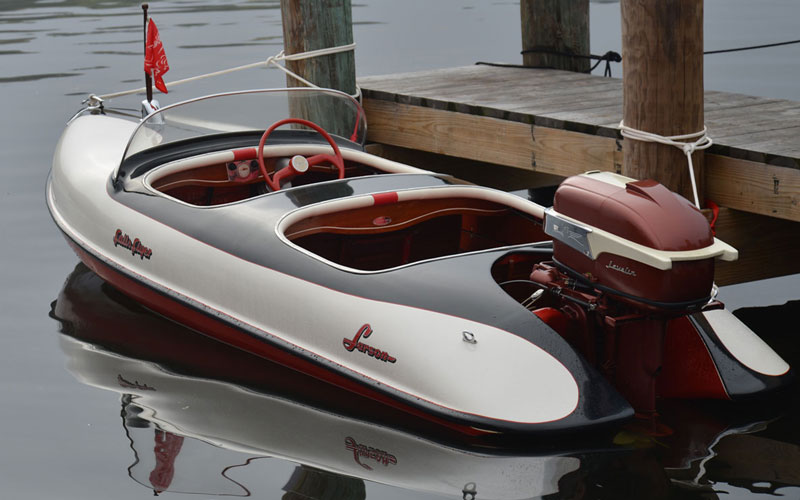 This 1956 Larson 14′ Falls Flyer is powered by a Johnson Javelin outboard.  She is owned by Alex Johnson.  The Photo was taken by Forrest Bryant at the 2015 ACBS International Boat Show at Gull Lake, Minnesota. 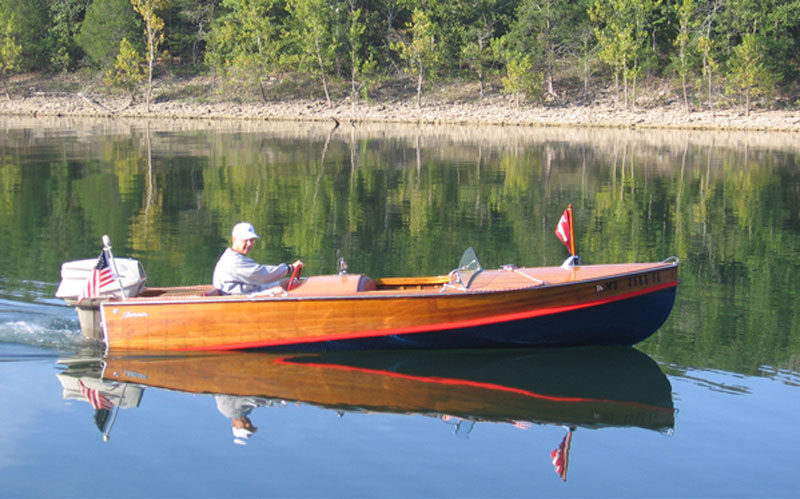 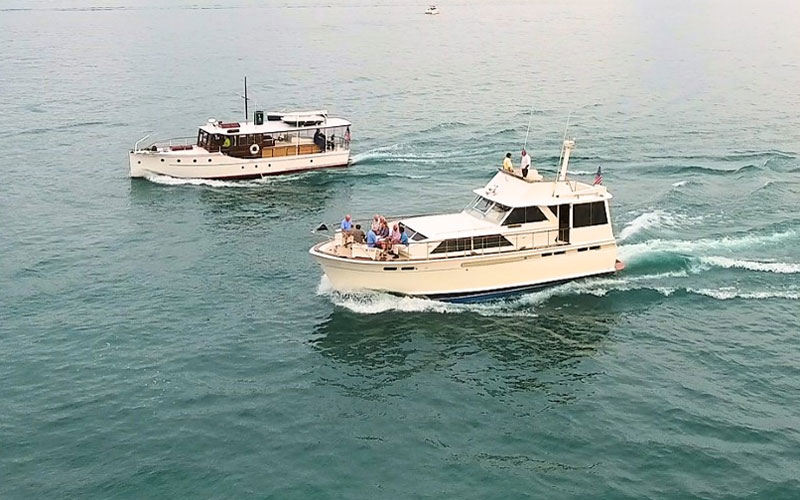 On the left is Lou Jezdimir’s 46′ Morton Johnson Step Cruiser and on the right is Jim Mathis’ 47′ CC Commander Lena Estelle on the St. Claire River. These are two of the five beautiful cruisers that were part of the flotilla which provided an evening cruise to those attending the ACBS Summer quarterly meeting held in Michigan in June. The meeting was hosted by the Michigan Chapter of ACBS.  Thank you, Jack Warren, for submitting the picture and photographer Brad Guldemond for his drone photography.