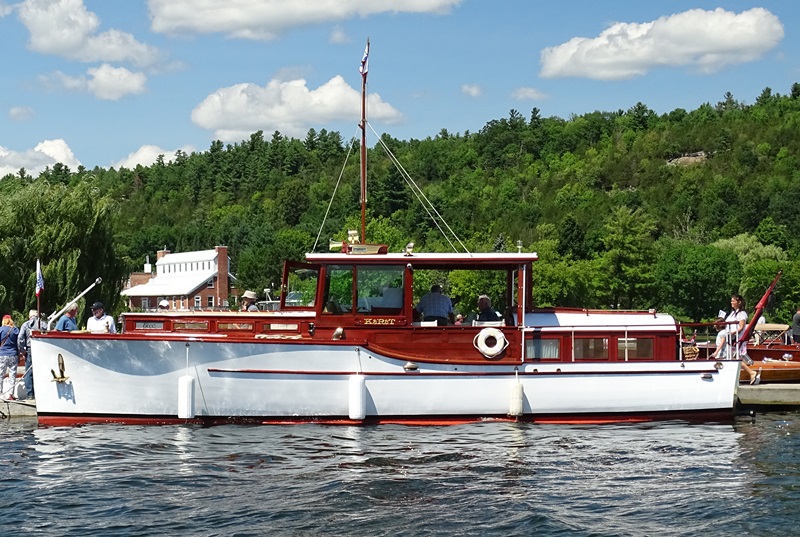 1959 Lyman 17′ – Owner is Janet Lowry, Long Island, NY
Photo shows removal of boat from my uncle’s garage where it sat dormant since 1980! Hopefully she will see the water again soon ! Boat has been in the family since 1965.

Photographer – John Dupee
Growler sticks her bow out of a tent to discover there will be 16 weeks of summer.

Has your boat been featured in the Tuesday Tour of Vintage Boats?  It can be!  Email a photo and a brief description to [email protected].