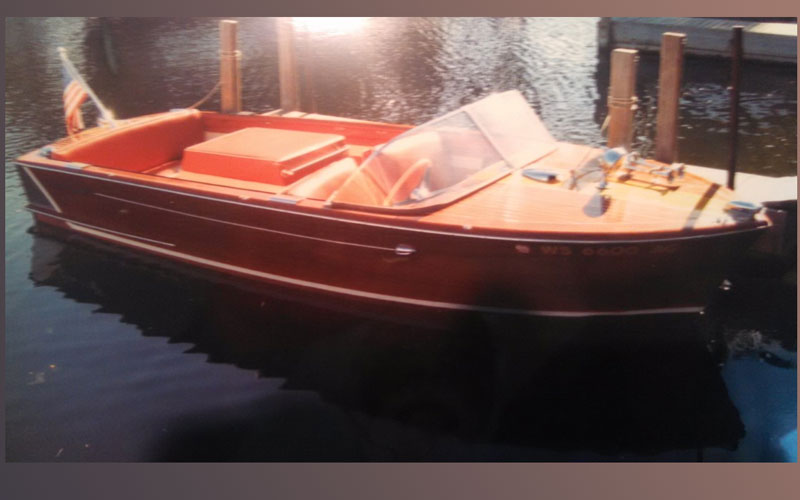 The lead picture today is from Nick Casilli of his 1959 18 ft Chris Craft  Continental Sportin A Woody. The boat is all original with only 259 hours on her. It has a rare Coral Color interior and a 283 ci engine. Nick belongs to the Blackhawk Chapter in northern Illinois and southeast Wisconsin. This picture was taken in the Abbey Harbor on Geneva Lake. He is the third owner. She has won many awards. The original Moody trailer it came with also is in good condition. Photo was taken by owner, Nick Caselli. 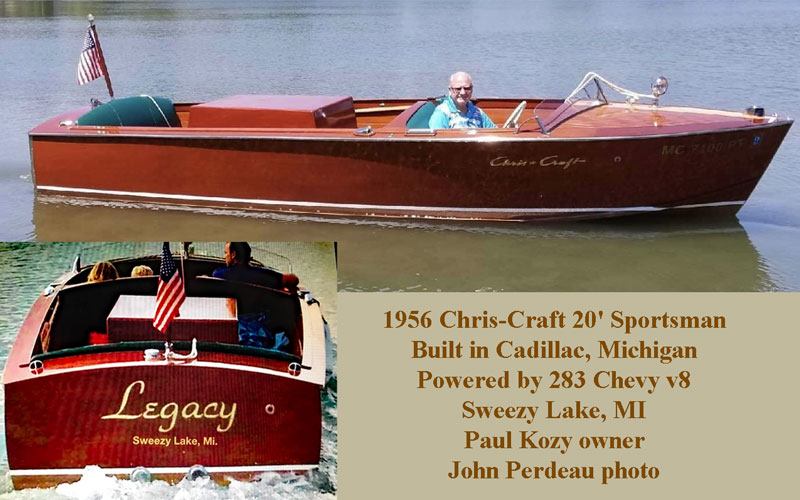 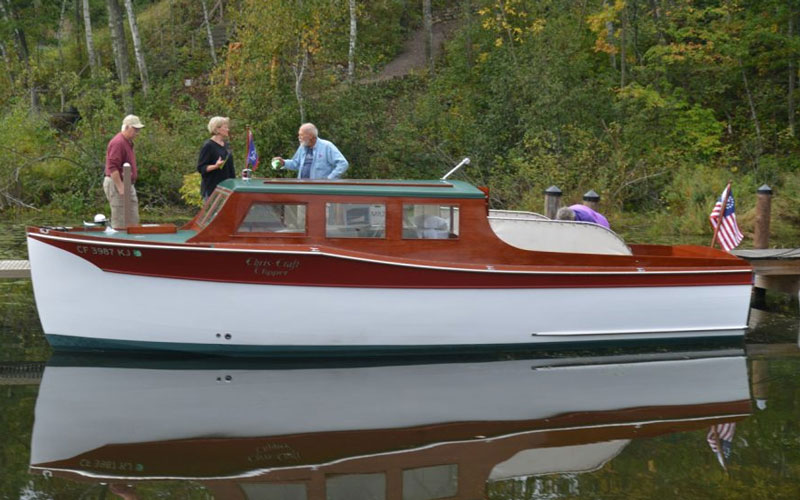 This is the first ever ACBS Diamond Circle Award winner. Klondike is a 1938 25′ Chris Craft Clipper owned by Paul Anderson. The Diamond Circle Award is presented at the International Boat Show to the highest scoring boat that has received a “Best of Preserved, Best of Restored, or Best Non-Wood” Award at an Annual ACBS Show during the prior five years.  Klondike qualified for this award at the 2016 International Boat Show at Lake Tahoe, CA after previously having won the Best of Show-Restored Award at the 2015 Show at Gull Lake, MN. 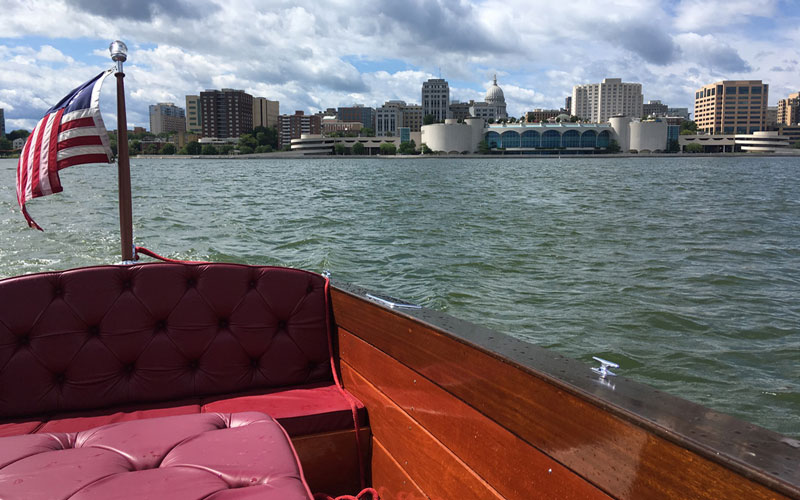 If you are lucky enough to go on the 2017 Pre-Event Cruises hosted by the Glacier Lakes Chapter before the Annual ACBS Meeting and Boat Show, you’ll have this view on Tuesday.  Grant MacLaren sent some picturesque photos he took from this Gar Wood boat on this year’s 12th Annual Madison Area Antique & Classic Boat Show on August 4&5. 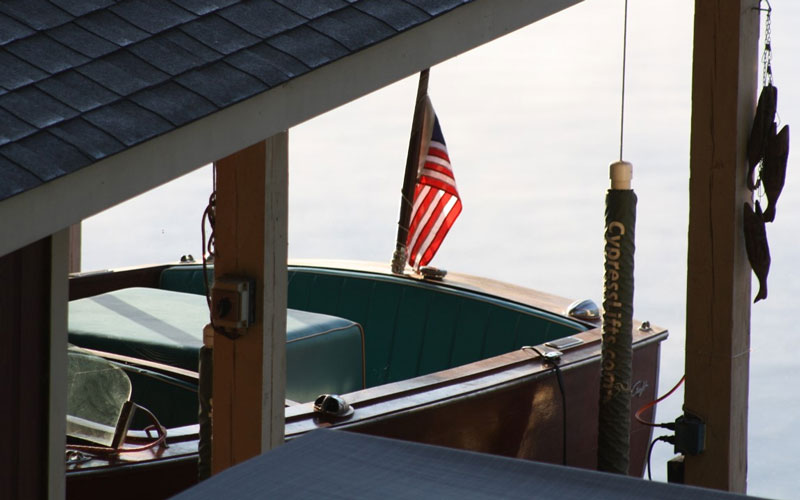 1957 Chris Craft 17′ Sportsman Runabout owned by Vin McMaster.  She needed a new windshield – thus a new ACBS decal.  Now she’s waiting to get back out on the lake in Texas. 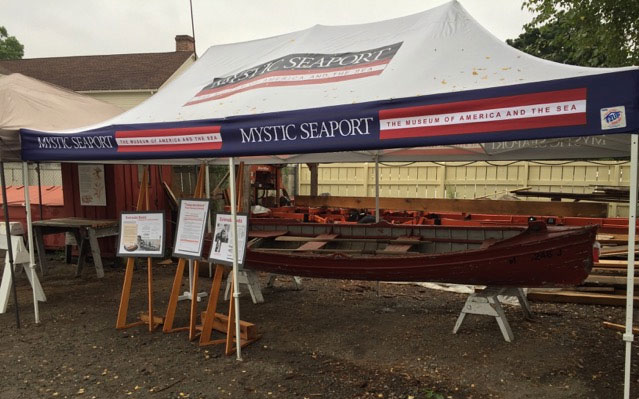 Read the full story of Evinrude Boat No. 3308. Ed Hill of Mystic Seaport reports that “Our 3308 was out in the brilliant sunshine we enjoyed this weekend [ Mystic Seaport’s ANTIQUE MARINE ENGINE EXPOSITION] I’m sure she enjoyed all the stories those that inspected her fine lines shared within her earshot.