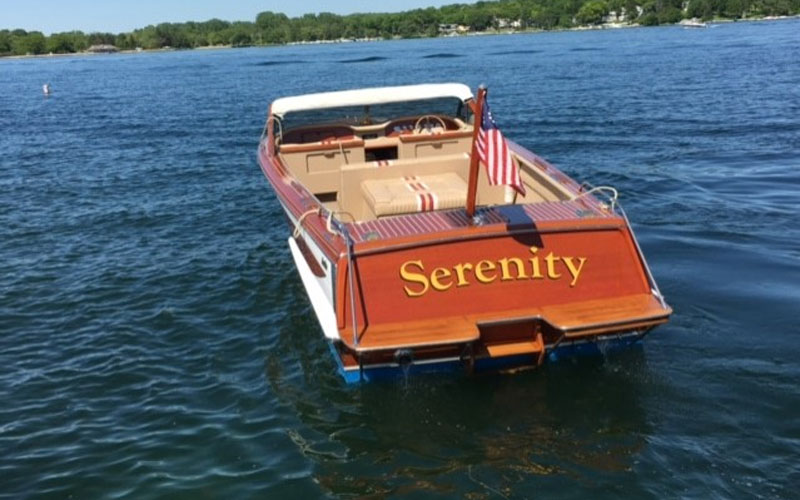 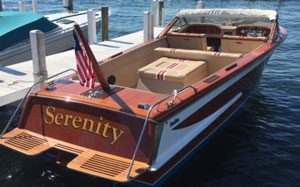 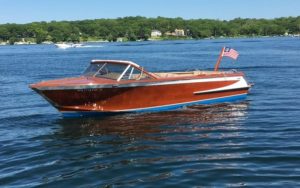 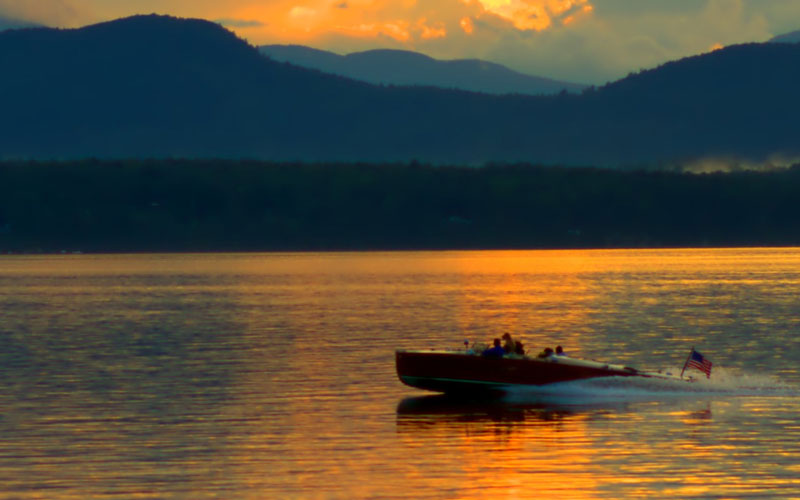 Awe inspiring!  This Hacker Craft boating at sunset on Lake Champlain was photographed by John Dupee.  Can you identify the boat and owner?
Thanks, John, for sharing this.  Every time an antique or classic boat is in view, the cameras seem to come out to capture the glory of vintage artwork entwined with nature. 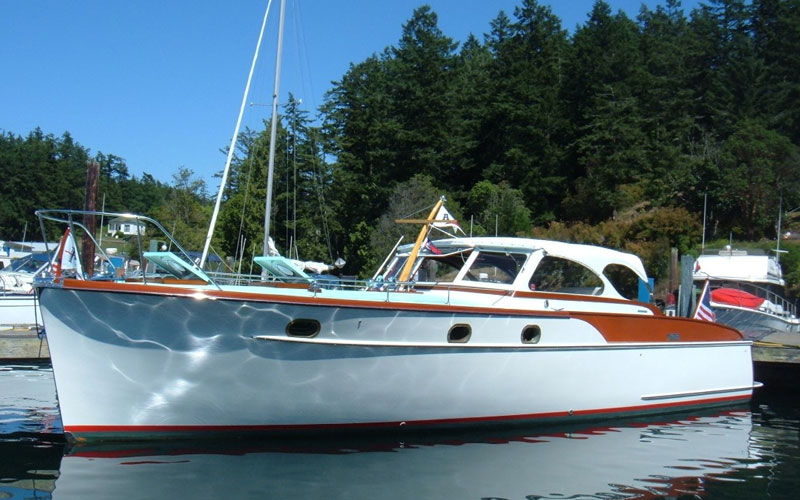 1956 42′ MATTHEWS Martinique named Starlight Express owned by Randy Mueller of Gig Harbor, WA.  The Martinique was my childhood ‘dream boat’ from 1956, and I finally realized this dream with her restoration/relaunching in 2006. Picture was taken by myself during a MATTHEWS Boat Owners Association Rendezvous at Roche Harbor in the San Juan Islands. 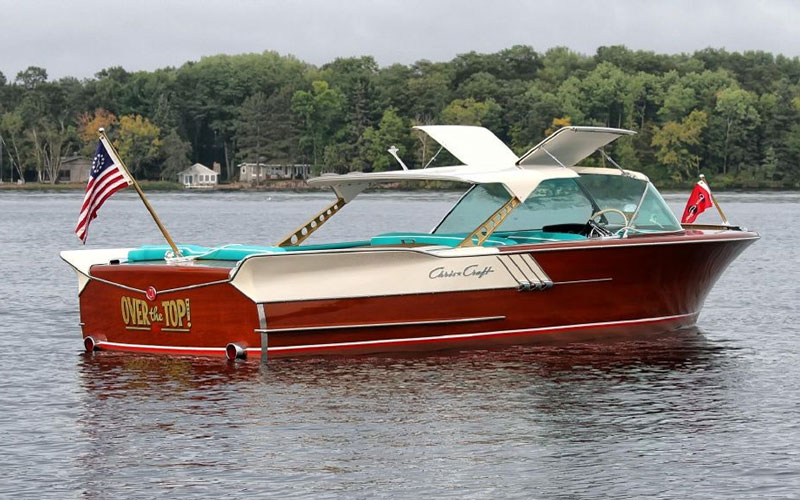 Daryl Konrad is sharing this picture of Over the Top, their 1961 Chris Craft Continental. There were 11 of these with the Landau top made.  Photographer, Dane Anderson from the Minnetonka area shot this photo. Daryl and Shelley Konrad keep the boat on Lake Minnetonka and dock it in Minnetrista, Minnesota. It’s powered with the original 430 Lincoln engine. 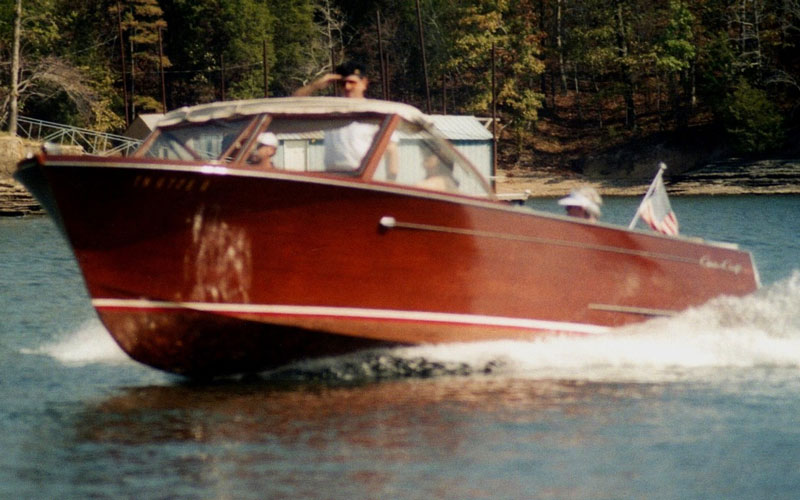 1960 Chris Craft Sportsman, Belle of Shaley Shores is owned by Ned and Sandra Smith. She has been in the family since bought new by my parents in 1960. She is named after my parent’s cabin on Pickwick Lake. Sandra and I took possession of her in 1975. This photograph was taken by Chip Overton on Pickwick Lake in Tennessee.