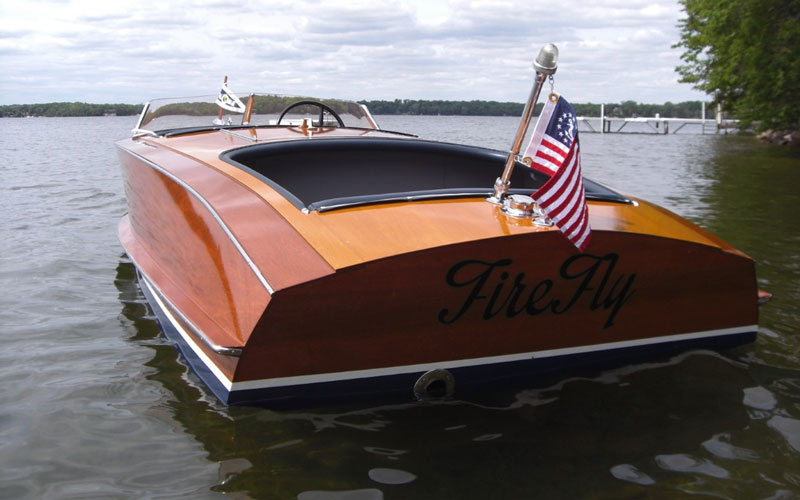 Firefly, a 1950 Globe MasterCraft leads the Tuesday Tour of Vintage Boats today.
-One of 270 built by The Globe Corporation in 1949 and 1950 in Williams Bay, Wisconsin.  About a dozen known to remain today.
– Fourteen ft length, split cockpit, designed by Brooks Stevens for Globe
– Powered by a 4 cylinder, 45 horsepower Gray inboard
– “Firefly” is owned by Joe & Kathy Lepley of Annandale, MN and enjoyed at their home on Lake Sylvia.
– Photos taken by owner

Stork is a1908-17’ Brooks She is owned by Jay and Janet Stingel.  The photo was taken by Allen Papendick at the Les Chenaux Show in Hessel, Michigan. 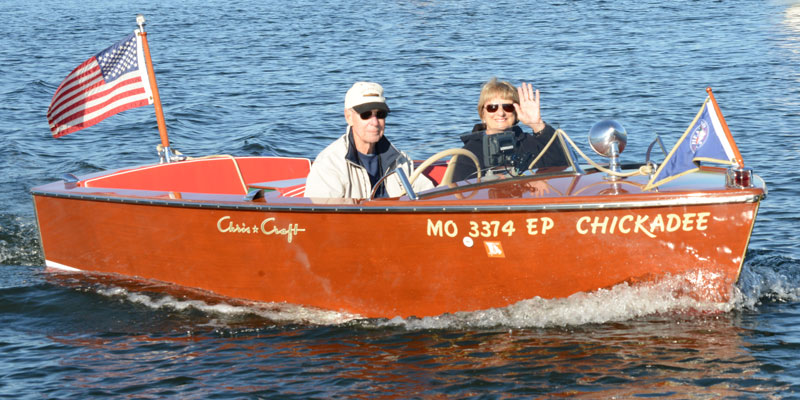 Look for this 1955 Chris Craft 15′ Cavalier at the 2017 International Boat Show in Racine, Wisconsin.  She will be entered as a Classic Preserved Utility. Chickadee is owned by Richard and Cara Moist and pictured here on Lake Hamilton, AR at the Heartland Classics Hot Springs Classic. 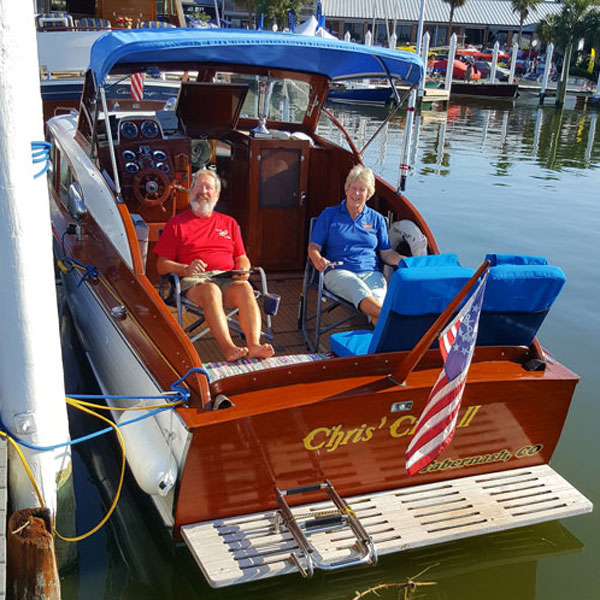 Chris’ Craft II is pictured in many event reports that are sent.  This picture was sent by Craig Stanfield with the Keels & Wheels Report last May.  It shows owners Bob and Chris Ann Braaf relaxing during the show in Seabrook, TX.  Very soon, you’ll get to read about the adventures of Chris’ Craft II and the Braafs.