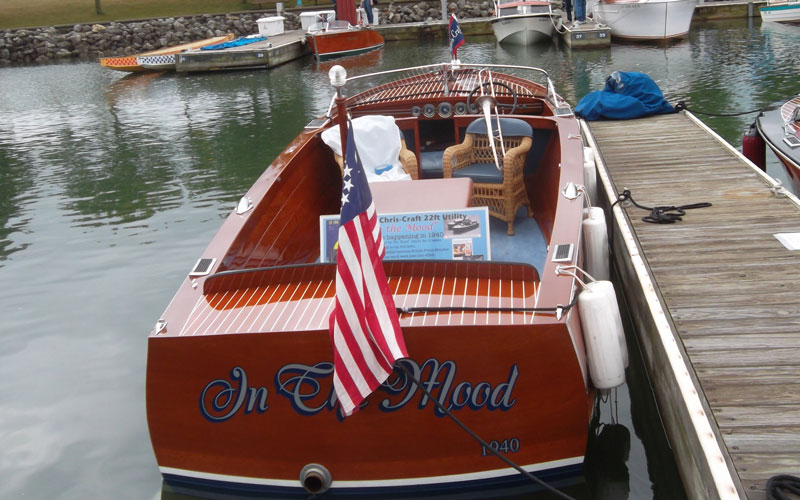 The Tuesday Tour of Vintage Boats’ headline picture is of In the Mood at the 2017 ACBS International Boat Show just held in Racine, Wisconsin. In the Mood is owned by Wil and Mary Vidal of Pewaukee, WI. Notice the trombone on display with this “Antique Boat” and imagine the WW II hit song “In the Mood” being played as it slowly cruises in the moonlight.

Today’s Tour is quite short.  If you enjoy seeing others’ boats, imagine how much our viewers would like to see your boat.   It’s easy to share a picture of your boat for an upcoming Tuesday Tour of Vintage Boats: 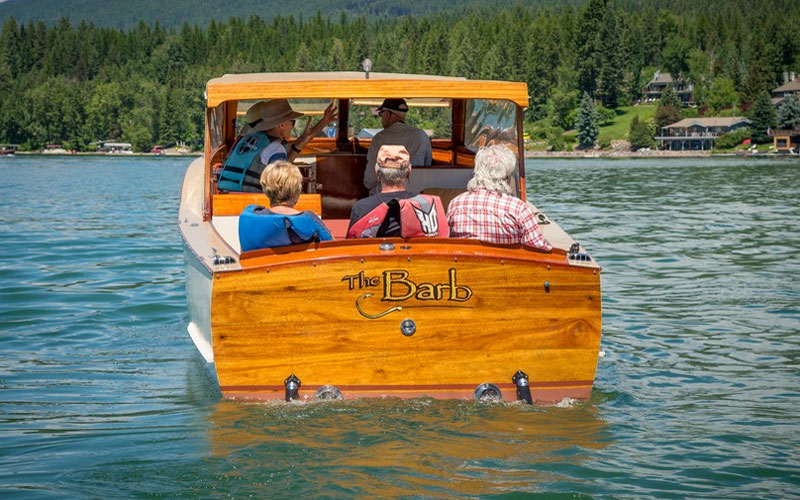 The Barb is a 1947 StanCraft 25′ Day Cruiser owned by Larry and Barbara Schroeder.  She is pictured here at the Big Sky Chapter of the Antique and Classic Boat Society Whitefish Woody Weekend VI in Montana. Photo is by Wes Yandt. 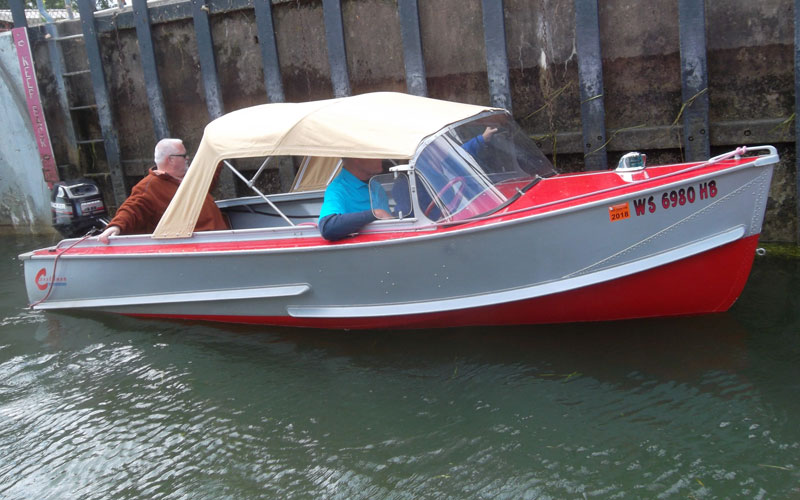 1956 Crestliner 15′ Voyager Convertible owned by Jim and Janet Ruwaldt.  This picture was taken in the lock between Lake Monona and Lake Mendota in the Tuesday Pre-event Cruise around Madison, Wisconsin.  The Pre-events were hosted by the Glacier Lakes Chapter of ACBS prior to the Annual ACBS Meeting and Boat Show.