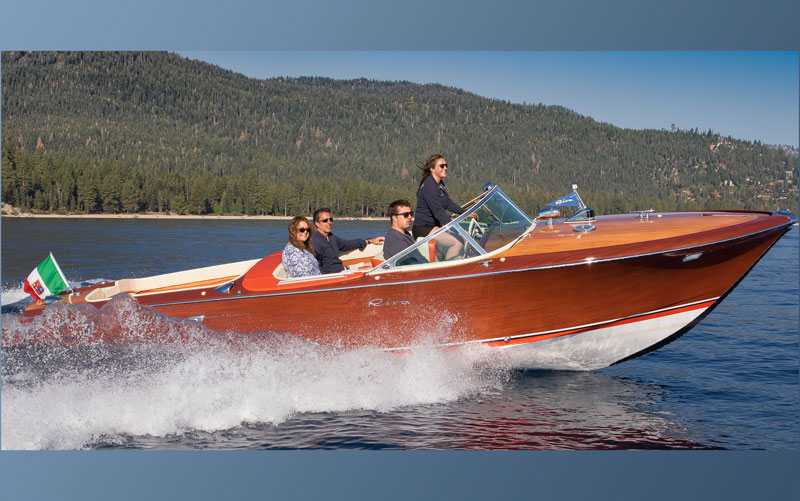 Jeff and Linda Peterson’s Portofino leads the Tuesday Tour of Vintage Boats today. This photo was taken by Steve Lapkin of the Peterson’s1969 Riva Aquarama #313. The photo was taken on Lake Tahoe with daughter Brittain at the helm.

This 1957 MacBay 18′ Pursuit is named Dutch Treat.  She is owned by John Vanderwerp with home port in Bloomington, Indiana.  Dutch Treat is shown here in the Milwaukee Harbor on the Wednesday morning Pre-event Cruise before the 2017 International Boat Show in Wisconsin.  She is powered by a Chrysler Crown M-47.  MacBay boats were made in Holland, Michigan of safe, molded plywood hulls and equipped with quality hardware and an inboard marine engine. 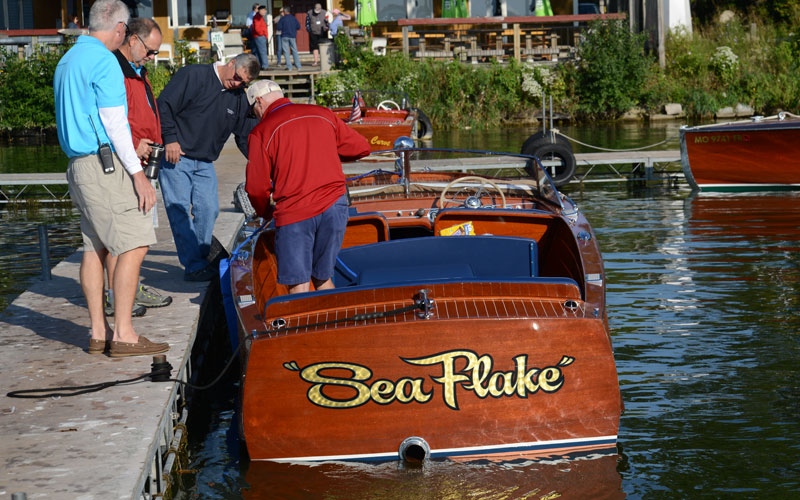 Sea Flake is a 1949 Chris Craft Utility, 22 ft long owned by Rich and Beth Lepping.  She is at home on the lakes around Madison, Wisconsin.  Sea Flake is pictured here at Christy’s Landing at the beginning of the Tuesday Pre-event cruise before the ACBS International Boat Show in Wisconsin. 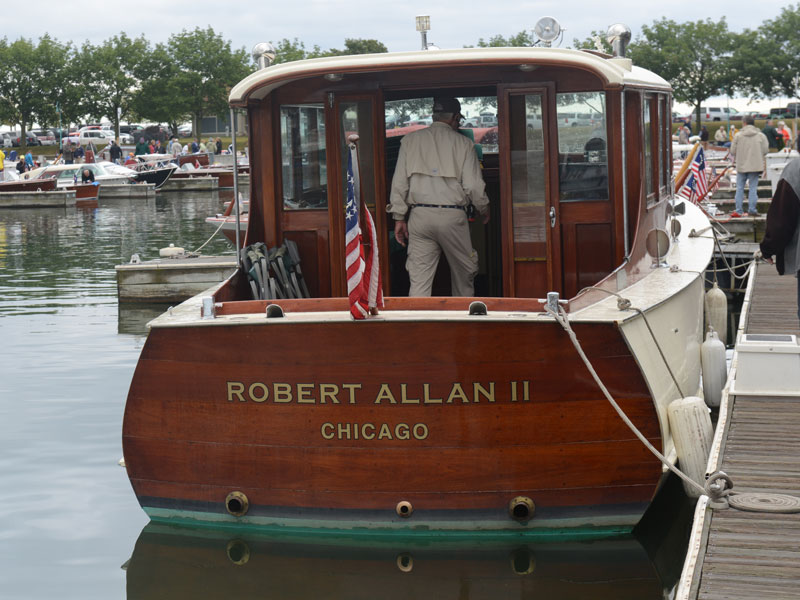 Many pictures shared today were taken by Forrest Bryant of the Heartland Classics Chapter.  Thank you, Forrest, and others who send the photos we all enjoy.