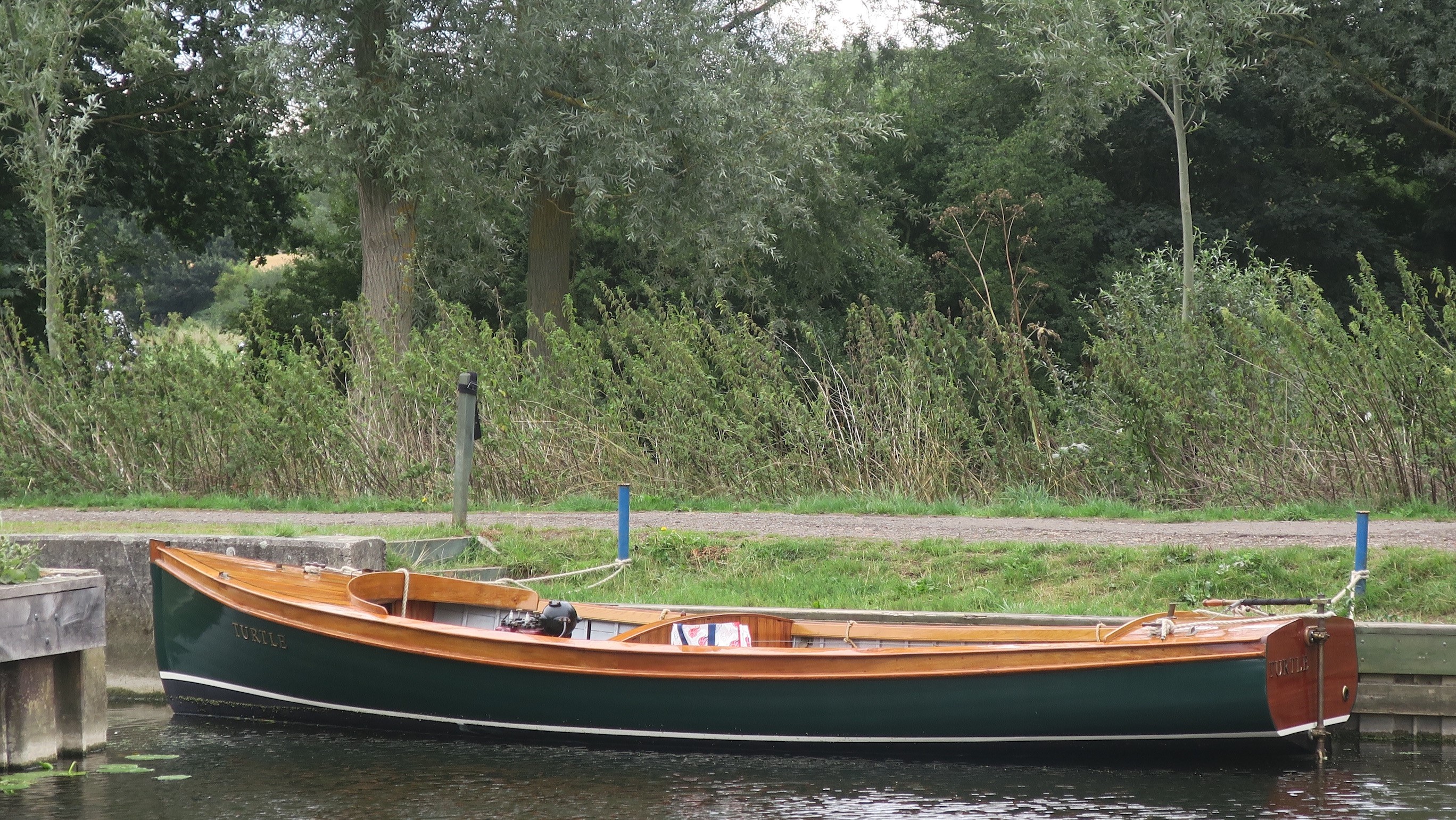 I came across old classic wooden motor launch advertised on Ebay. Although in a pretty sorry and dilapidated state my heart was drawn to her. It had always been a pipe dream of mine to own one. Ever since I first saw those old blue open fishing boats anchored off Cap De Antibes. My dream was realized when I brought her on September 10th 2015. Where has the time gone!

The boat had been sitting in a field in Cirencester, Gloucestershire for the past 10 years uncovered and unloved. Half full of rain water and full of rubbish it was in a bad state. On her hull was the licence sticker issued in Salcombe 1998, the last time it had been used properly.

The 21′ launch was originally named Wigeon of Fife. A wigeon is a small duck with brown/Grey feather and a mask of green around the eyes. Well with it’s olive green hull and brown mahogany woods and being a little slow but very graceful in the water I knew I needed to rename the launch Turtle.

Unfortunately she came without a builders mark, however durning inspection the surveyor belived that the gun metal bronze used for parts and carvel hull construction method he estimated the launch was built sometime in the 20’s -30’s.

Although not orginial to the boat, it’s fitted with a scottich built 7hp twin cylinder Klevin engine. A serial number 3551 is stamped by the poppet valves. From my research this dates the engine as manufactured in 1914! After cranking over at the fly wheel her fine lines still give a whopping turn of speed of 7kts flat out.

So now finally after many hours spent in my garage working on teh engine, paint and varnish (much to my wife’s dismay) Turtle was finally ready to go back into the water this summer accompanied with perfect weather to cruise in. Some 20 years since her last outing.

Now afloat and gaining lots of interest from passers by, if anyone would like a slow putter along the upper reaches of the River Thames- maybe with a glass in hand, give me a call!