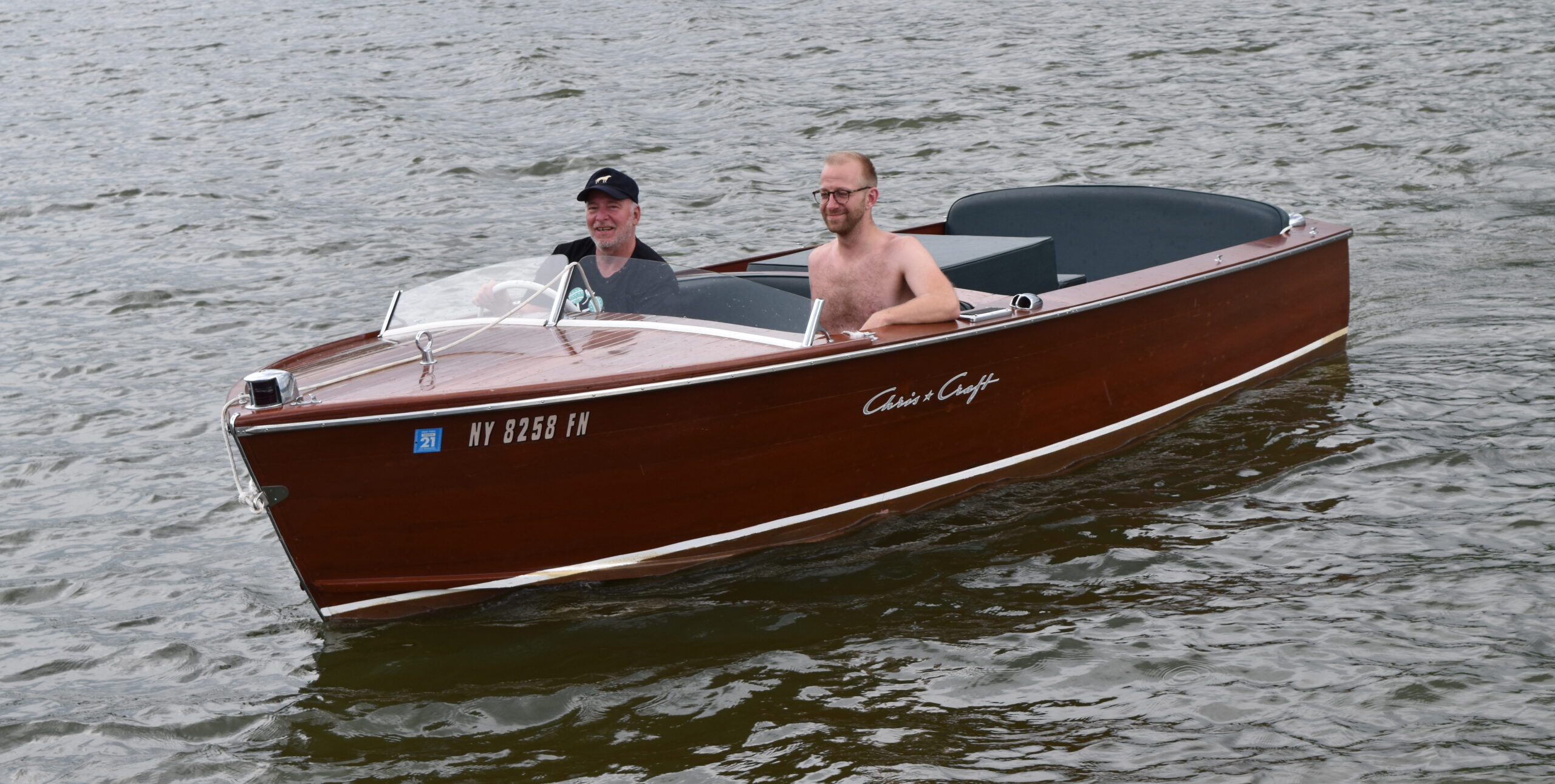 Our Chris Craft adventure began at the Western New York Boat Show, February 2015. Steve always attends the boat show with his brothers – Mike, the genius mechanic and Bill, the consummate salesman. Only the men are allowed. They take their time, check out all the engines and talk to everyone. On this particular excursion Steve happened upon the “Trailer Queen” 1956 classic Chris Craft, with “Popeye” at her side. Steve knew how much I admired the Chris Craft – The handsome mahogany, the thunder pulsing sound of the powerful engine, the spray of the wake carving through the water. Steve could not wait to tell me about his discovery. The following day I joined him at the boat show to meet our soon to be, antique boat. The owner told us that he had rebuilt her engine and that she was water worthy. She became the new addition to our family adventures and memories.

We launched her into the cool spring water and she started right up. Luckily the paddles, life jackets and tow ropes were on board. She stalled out and would not start. We paddled her to our lift, Steve diving into the water with the tow rope in his teeth, swimming her the last few yards.

Mike got her running and the men went for the inaugural voyage around the lake. Moments later they were rescued and towed home. During the next twenty-one weeks I arrived at the cottage to hear about the latest problem with the boat: the water pump, the fuel filter, the distributor, the alternator. Matthew, our future captain, remembers his Aunt Karen being sprayed with oil, from the transmission’s rear bearing, during an engine check. After week twenty-one, I was ready for her Viking Funeral. She must have felt our frustration, week twenty-two she finally made it around the entire lake without stopping!

Over the winter Mike and Walter came to her rescue. They performed a total engine rebuild, top to bottom. Walter and Mike made it a labor of love. With their knowledge and ingenuity they created a thing of beauty. The day arrived to test her out and start her up. Everyone held their collective breath, click, click ,click roar, perfection!

The following year her engine hummed along and she kept losing power. Once a beard hair in the distributor stopped her cold. The voltage meter kept dipping toward zero. We kept a battery charger on board, just in case. Over that winter Mike and Justin changed the electrical system from eight volts to twelve volts. This kept her running and her horn beeping. Our next repair will be a new bottom, to stop the water flowing out of the rear of the dog house.

“Twenty One Weeks” may not be a trailer queen but she is ours. She has helped to create hours of family fun and marvelous memories. Come see our girl on Cuba Lake. Bring your ropes, we may need a tow. 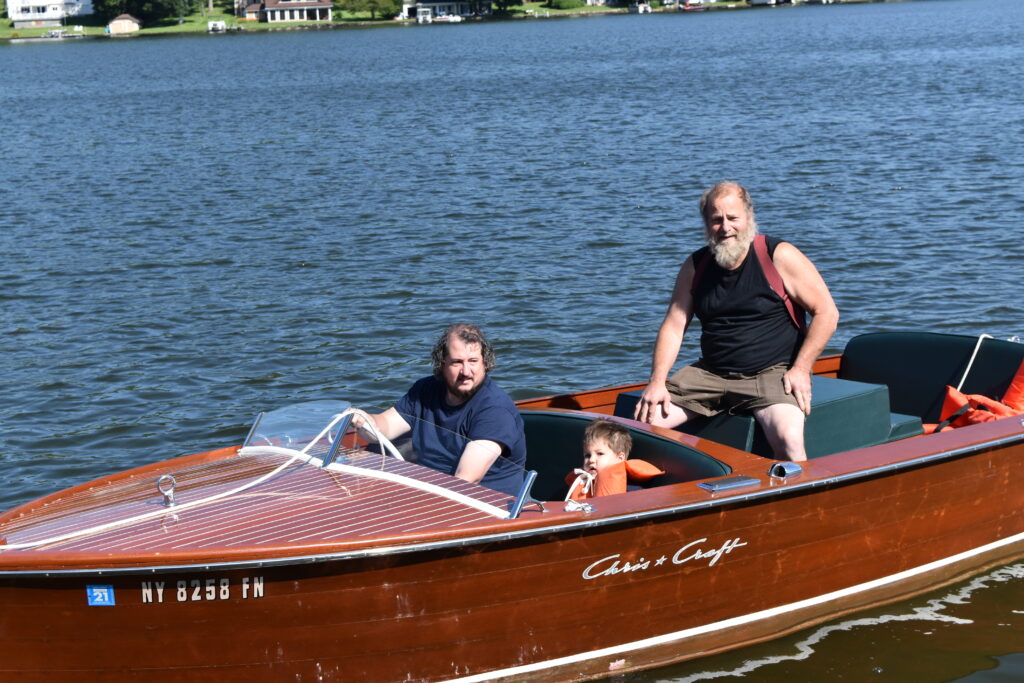