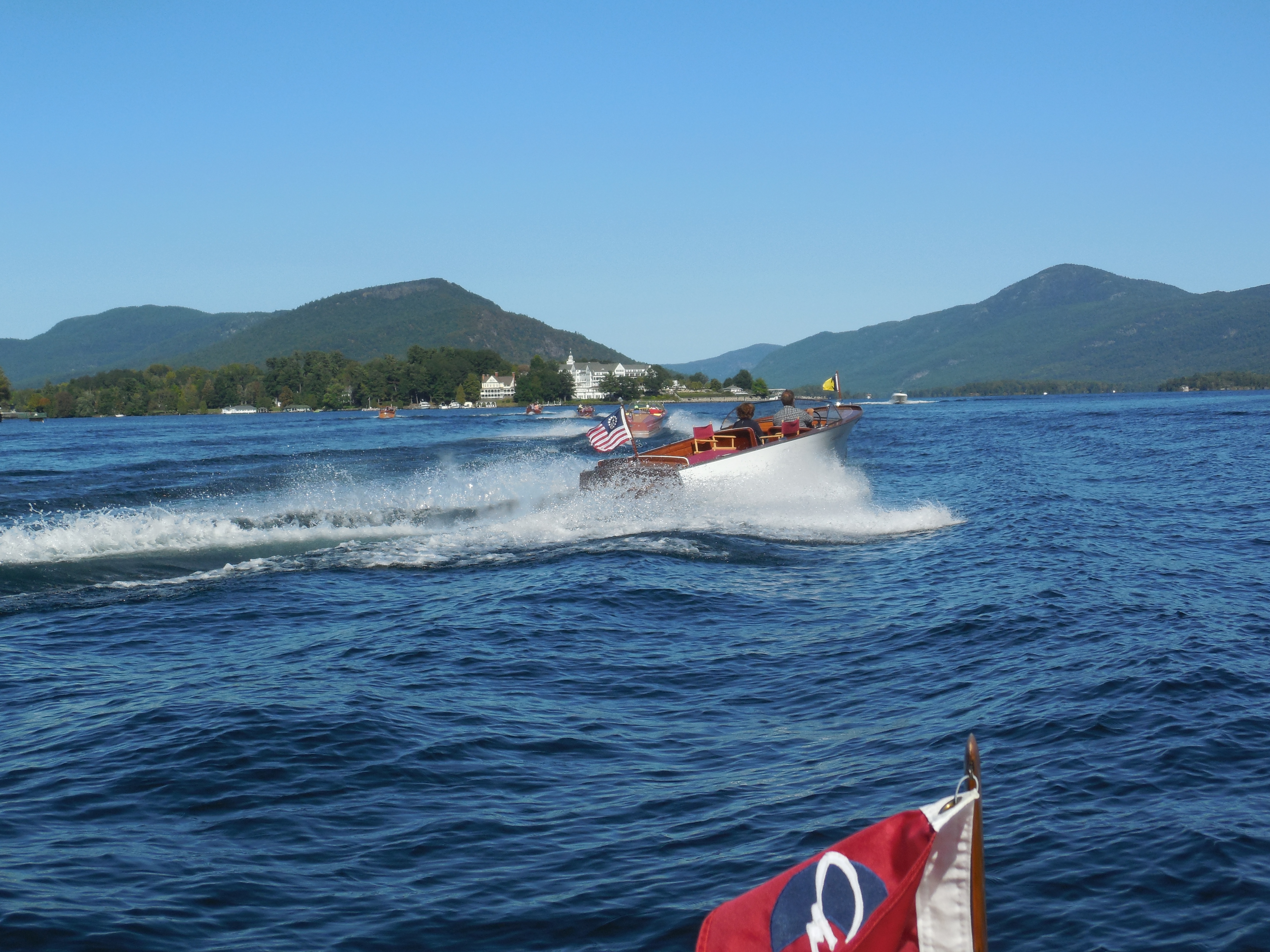 Report and photos are from Ed Schieber, President of the Adirondack Chapter.

During our Lake George (NY) Rendezvous in August, I spoke with a small group of Lake Champlain Chapter members headed by Fritz Horton about their chapter hosting a fall cruise of Lake George (NY). Over the past month, Fritz, his crew and I arranged such a gathering.

On September 23rd, a group of 8 wooden boats (about 18 Lake Champlain chapter members) launched at Mossy Point at the north end of Lake George (NY) and gathered for a guided tour of the north basin and down through the picturesque Lake George Narrows arranged by Ken Engler (who is a member of both chapters). Ken noted all the areas and sites to see on their journey south keeping in touch with each other via short wave radios.  The tour south ended in Bolton Landing (NY) at The Algonquin restaurant where they were joined by 3 Adirondack Chapter members (Jennifer and I along with John Kovac).  We had a great gathering and a wonderful lunch accompanied by lots of discussion. After the lunch, we gathered on the docks and I took a few photos of the boats and the group.

The group headed north after lunch, under the Sagamore Bridge into Northwest Bay and back into The Narrows. Some remained over-night and others pulled their boats at Mossy Point and headed back to VT. It was certainly an enjoyable day!