Two Peas in a Pod 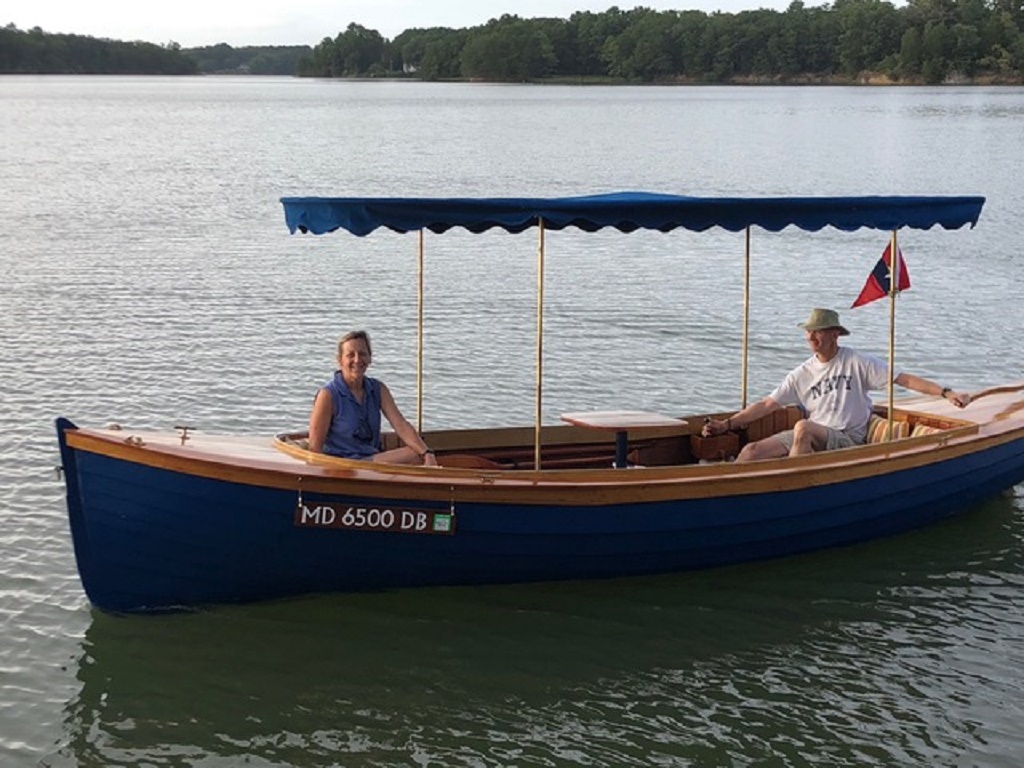 The story of how this boat became ours, starts with a comment I made to my wife Carolyn 7-8 years ago while we were vacationing in the Moosehead Lake area of Maine. While admiring a few antique wooden boats and canoes on display, I casually mentioned that the only boat I would ever want to own is a launch. After describing a launch, we never discussed the idea again, as neither of us is what you would call a “boat person”.

Fast forward to the summer of 2018 when I did a whimsical internet search of “antique wooden launch for sale”, and the first boat to come up was a beautiful little launch brokered by Absolute Classics Marine in Kelowna, British Columbia. I copied the link and jokingly sent it home with the subject “our boat…”. Upon seeing the pictures, Carolyn’s nearly immediate response was “we have to buy this boat!” After numerous calls and discussions with the brothers Middleton of Absolute Classics Marine (Bruce) and Boat House Bay Classics (Andrew), we made an offer and bought the boat sight unseen. It was without a doubt the most irrational purchase we had ever made.

Art Jones in Kelowna, B.C. originally built the launch for Clifford Gordon Piddington Renfrew – an heir of the Holt Renfrew Department Store family and aviation pioneer in Kelowna. The 18′ Launch was actually the second boat Cliff Renfrew commissioned Art Jones to build, the first being a 24’ John Hacker designed runabout in 1926. Andrew Middleton, who at that time was the sole proprietor of Middleton Boatworks (now Absolute Classics Marine), arranged to purchase the launch along with other valuable marine related articles out of Mr. Renfrew’s estate at his passing roughly 16 years ago at the age of about 96. The boat had been kept in storage at the Renfrew estate for probably 60 years and was believed to have had little use. It originally had a small Kermath Sea Cub 4-cylinder gas engine of about 25 hp that probably had less than 50 hours use over that time. Andrew’s dream was to restore the launch for his own use but his growing boat restoration business got in the way. Not having time to restore it, Absolute Classic Marine sold it to the second owner, Robert (Bob) Goldsmith, a Kelowna native who was looking for a retirement project, had actually been on the boat as a child, and personally knew Cliff Renfrew. The boat was in overall good condition given its age but it needed some work.

Bob’s vision for the boat was to restore it and convert it to electric power, so he purchased it without the Kermath engine. A full restoration was undertaken starting about 2010 under the supervision and with partial assistance of Andrew Middleton and his restoration company, Boathouse Bay Classics. The restoration included all new steam-bent white oak ribs, new deck, rudder, seats, transom and reconfiguration of the inside to accommodate the new 48 volt electric power source and a built-in 110-volt charging system. The restoration was completed in the summer of 2013. The result is a solid boat with electric power. She will cruise about 4-5 hours at about 4-6 knots or about 3 hours if pushed up to 6-7 knots. With Bob’s addition of a surrey top and small table, the launch is an ideal cocktail cruiser.

We became the third owners in August 2018, purchasing her with the assistance of Bruce at Absolute Classics Marine. We changed her (still original) name from “Porpoise” to “Two Peas In A Pod”, as Carolyn and I are exactly that. In homage to her lineage, in lieu of a homeport we have “1934 Art Jones” on the transom along with her name. She is perhaps the smallest “yacht” housed at the Corinthian Yacht Club in Ridge, Maryland.