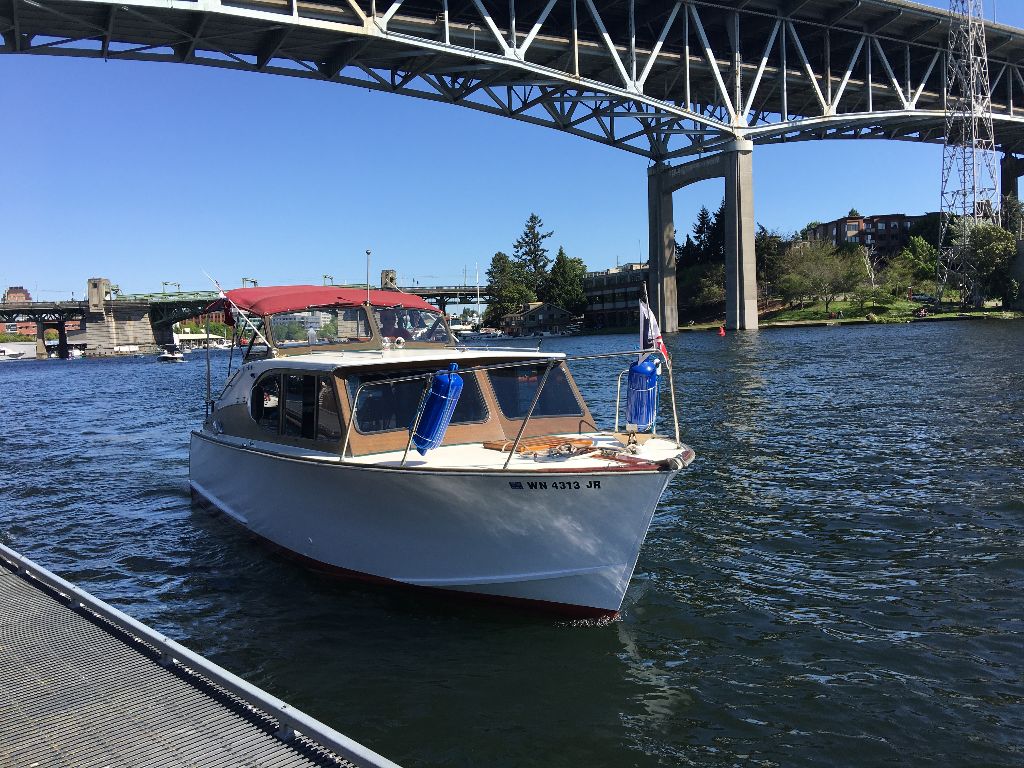 by Paul Graham member of the Pacific Northwest chapter

In 2016 I was restoring a 1958 Dorsett Monterey and was not looking for another boat. But when I was on the water watching the Blue Angels fly during the Seafair festivities on Lake Washington, I saw a boat I would love to have. I wasn’t sure of the make but I took pictures of it so I could do some research on it later.

I found that it was a 1950’s 27 Grandy Express Cruiser, built by the Grandy Boat Co. in Seattle on Lake Union. The Grandy Boat Company was in operation from 1922 until it burned down in the summer of 1967.

I went back on to work on my Dorsett and lost track of the Grandy until 2017 when I was browsing online ads for boat parts. I was surprised to see the exact same boat as I had taken pictures of for sale. The owner had purchased the boat as a live-aboard and found that his girlfriend was not “on board.”

The boat was priced a little high, but I followed the ad. The price kept dropping weekly, so I guessed the owner was motivated to sell. I made contact and arranged for a meeting to view the boat and talk about money.

The boat had been surveyed recently and had been well taken care of and only needed some minor repairs to be in cruising shape. The engine was a Gray Marine Fireball 225, velvet drive, with a 16” prop. I broke the first rule of negotiating and just told him what I had in the bank. To my surprise he agreed to sell the boat for what I had to offer.

I was not expecting to come home with another boat, but it seemed meant to be as this boat had come back into my life a couple times. The boat needed a name and after much thought, “Unexpected Pleasure” was re-christened on May 6, 2017 – opening day of boating season in Seattle. Our favorite cruise is from the moorage in Lake Union west to the Ballard Locks, back to Lake Washington via ship canal, Portage Bay and the Montlake Cut and back to Lake Union. Evening cruises are spectacular seeing city lights from south Lake Union. The trip always includes a “drive-by” of the Center for Wooden Boats, a mecca for lovers of all things wood.