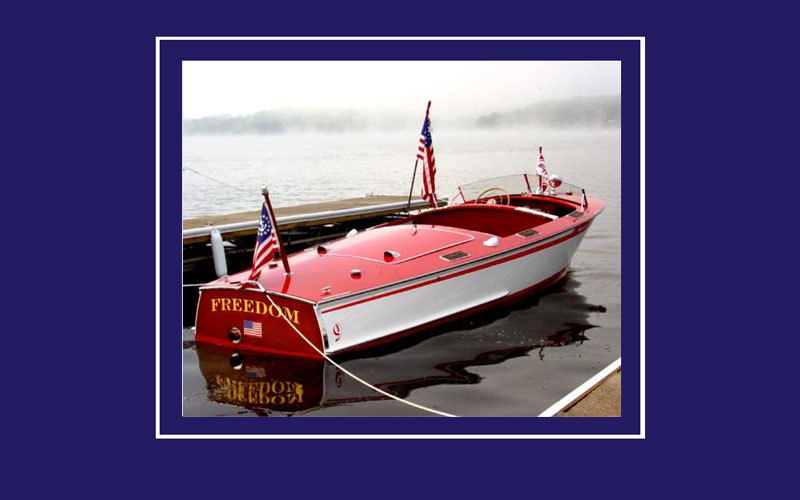 As we again approach a Veterans Day and week, it seems proper to reflect some on periods of national military conflict in our lifetime and the millions of servicemen and women we call “Veterans”.
Being a Navy vet. myself, I also tend to reflect on the massive human effort it took (and takes) to produce the machines and devices supporting military action.
Over the years, my wife and I became interested in the history and subsequent restoration of all kinds of vintage watercraft. That’s a long story in itself.

In the fall of 2005, a fellow from here in Iowa brought a barn find by our small shop to see if it could be restored. It was a Higgins runabout of which we knew very little at the time. I had seen a few in my youth out on the east coast but that was about it. I agreed to do a respectable restoration of this 19’ plywood boat and that was the beginning of a very interesting trail of discovery about Andrew J. Higgins and the military and peacetime boats of Higgins Industries of New Orleans, LA – – 1916 to 1963.

There are three reliable resources most of our information comes from and we give full credit to them for the paraphrased use here.

In 1916, a 32 year old Andrew J. Higgins and several financial partners established the A.J. Higgins Lumber and Export Co. who’s main mission was to process southern pine and cypress and import hardwoods from Central America, Africa and the Philippines. The imported logs were wholesaled to lumber distributors across the South. After a dozen or more successful and unsuccessful, mostly marine related business ventures, Higgins and colleagues became proficient at designing and building shallow draft work boats of all sizes for maritime operations in the deep South.

During the great flood of 1927, Higgins shallow draft boats were put to the test in extracting valuable marooned equipment up and down the Ohio and Mississippi rivers. This experience of transporting tractors and large farm equipment on a ramped platform between two boats later proved invaluable in Higgins’ development of landing craft. It also showcased his craft to the Army Corps of Engineers, U.S. Coast Guard, and the population along the waterways. With further development and large continuing orders for this type of boat supporting the swamp based oil operations of Louisiana, they became known as the “Spoonbills”. Officially they were named as “Eureka”, the direct ancestor of the yet to be famous Higgins design landing crafts of WWII. In the thirties, there were hundreds of specialty designed, rugged, industrial boats built by the now named “Higgins Industries Inc”. 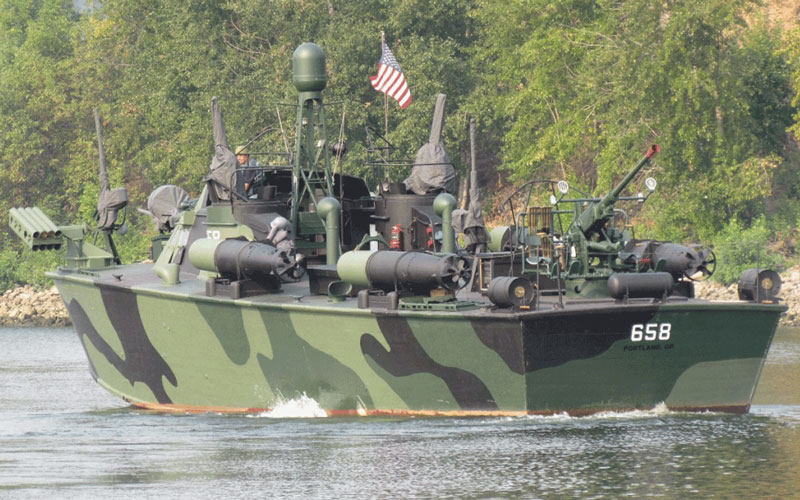 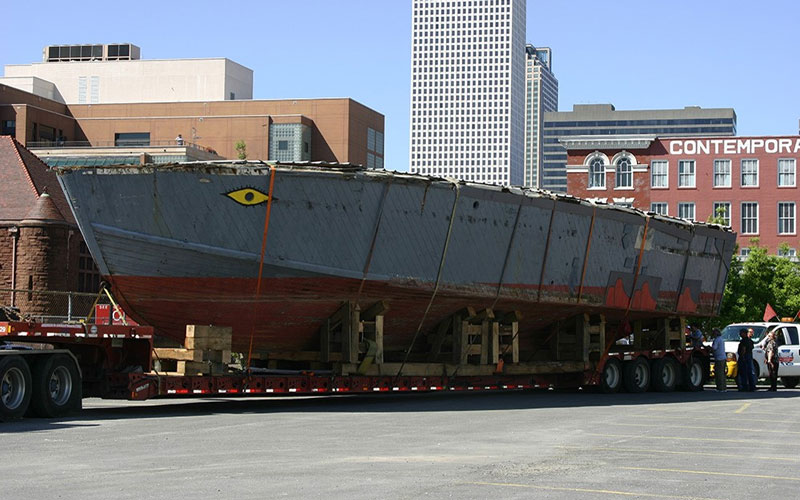 All of these hastily built naval assets were turned over to hastily trained service men, women and officers to operate and maintain them worldwide, some in unimaginable conditions. All of these thousands regardless of whether they “made it” or gave the ultimate sacrifice are what we call Veterans. Thank you, one and all, for your Service.

Thank you, Paul Morris, for this report. Paul says, “Marge was a Navy bride. I had been in 2 years when we married. Spent our entire Navy time in Newport R.I.–drooling and lusting over America’s Cup Boats and yachts from all over the world, right out our front windows.”  Now Paul and Marge live in DesMoines, Iowa and own Cedar Tree Boat Shop.  Active in ACBS Chapters, Marge also serves as President of the Higgins Classic Boat Association. 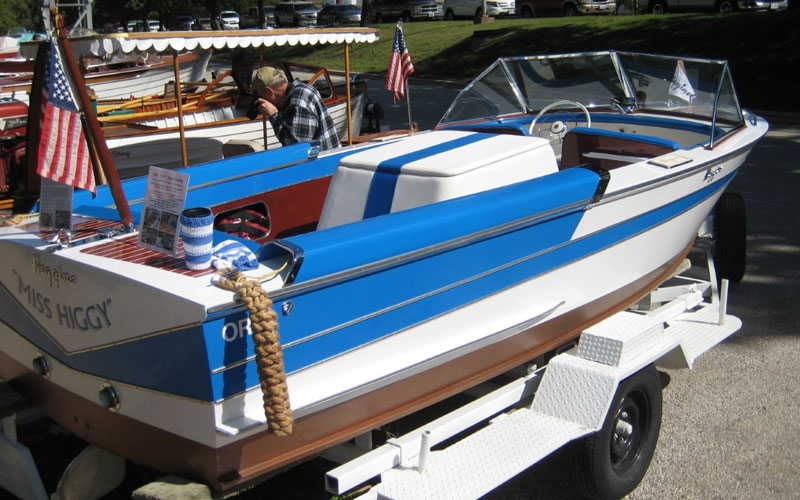 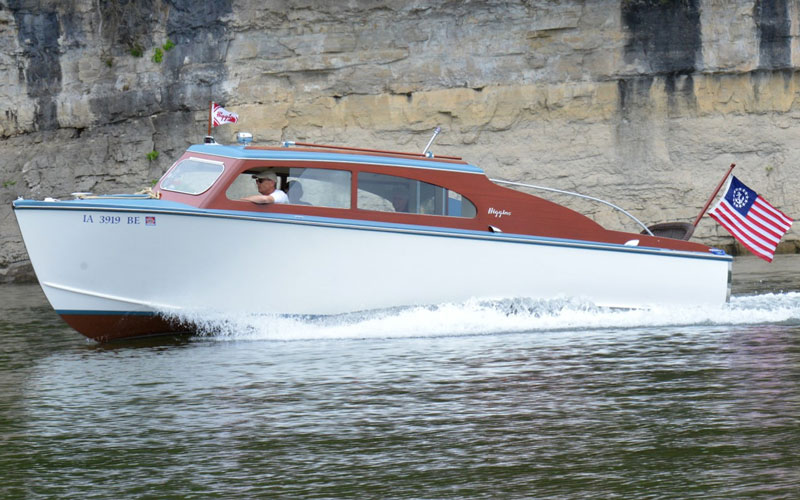 And the Higgins parade continues … 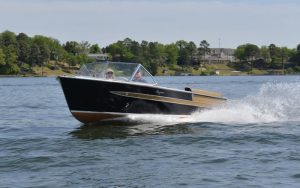 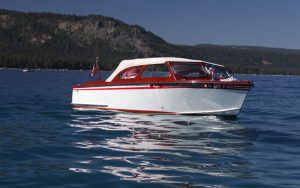 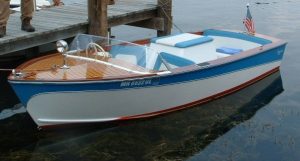 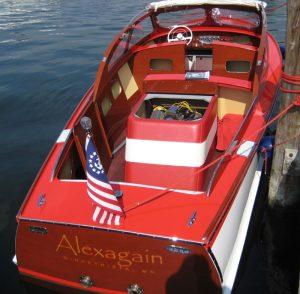