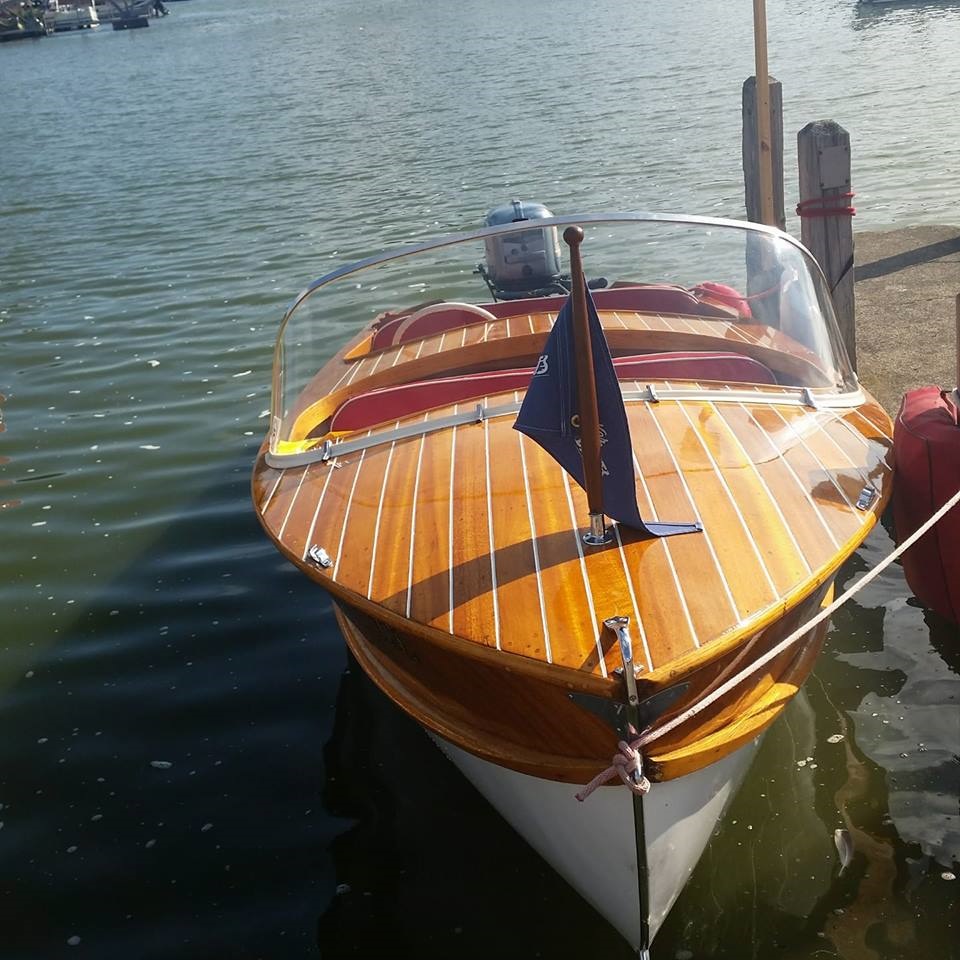 by Brian Fogarty member of the Indian Lake chapter

My interest in Wolverines began when Steve Hale sold me his father’s 1955 14′ Runabout in 2005. I tried to find information on the Wagemaker Company but there was no club or internet site. So, I started the Wagemaker Wolverine and Cadillac Boats Marque Club site – https://www.wagemakerwolverineboats.com/ over the past years I have found about every brochure or ad ever done.

For the past 8 years, I have been president of the Marque Club for Wolverines. I have had hundreds of people asking me questions and sending photos of their Wolverines they found and are fixing up. So what is so neat about Wolverines? They made office and work furniture and high grade wood cabinets for organizing and filing systems. They also sold “Wagemaker Reds” chicks which matured in 6 months and were profitable chickens. But what we care about is that they began to build boats in 1932. These cedar strip boats were an instant success, During WWII, they sold the idea to the U.S. Govt. for use in PT boat hulls. In 1947, they built their first molded mahogany plywood boats like mine using experience from WWII. By 1960, after the huge fire in 1957 that burned 1,500 boats, and the competition from plastic boats, Wolverine closed. An interesting fact is that Wagemaker also built Cadillac wood and aluminum boats in Cadillac,Mich. Wagemaker’s motto was always “Stands for Quality”.

The Indian Lake ACBS website https://indianlakeacbs.com/ and Wagemaker website are helping people find answers to questions as they bring their boats back to life. Two or three of these boats are coming to our July 18 show next summer. Last month, we visited Grand Rapids and had lunch on Jordan Lake with Ollie Wagemaker and Larry Gill who are descended from the founders of the company. What Fun Day!